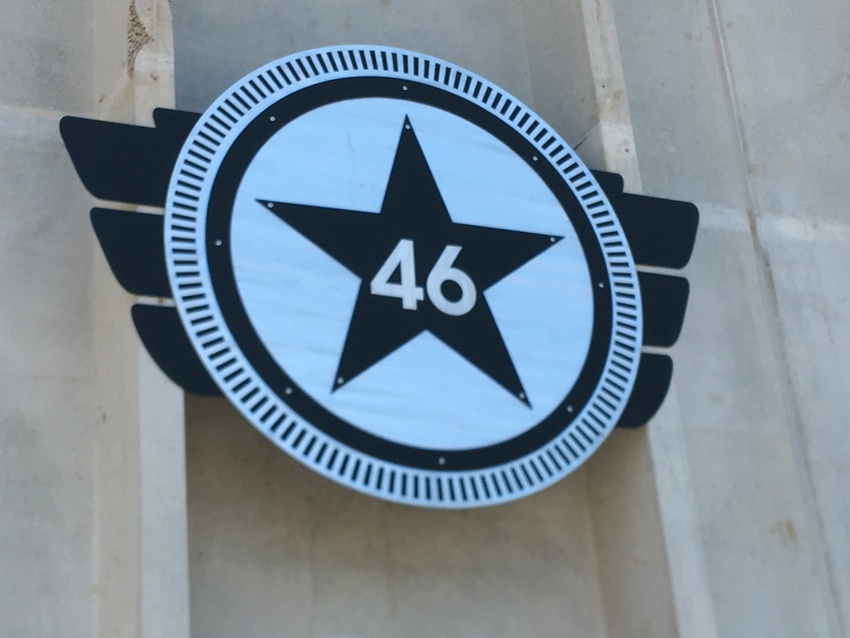 StarSpace46 opened in the fall of 2016 and in a short time has quickly grown into Oklahoma City’s largest coworking space. However, simply calling StarSpace46 a coworking space sells the venture drastically short. StarSpace46 has become the central hub for the metro’s burgeoning tech and startup scene.

VeloCity recently sat down with Tommy Yi, president and cofounder of StarSpace46, to discuss the past, present and future of Oklahoma City’s tech scene. 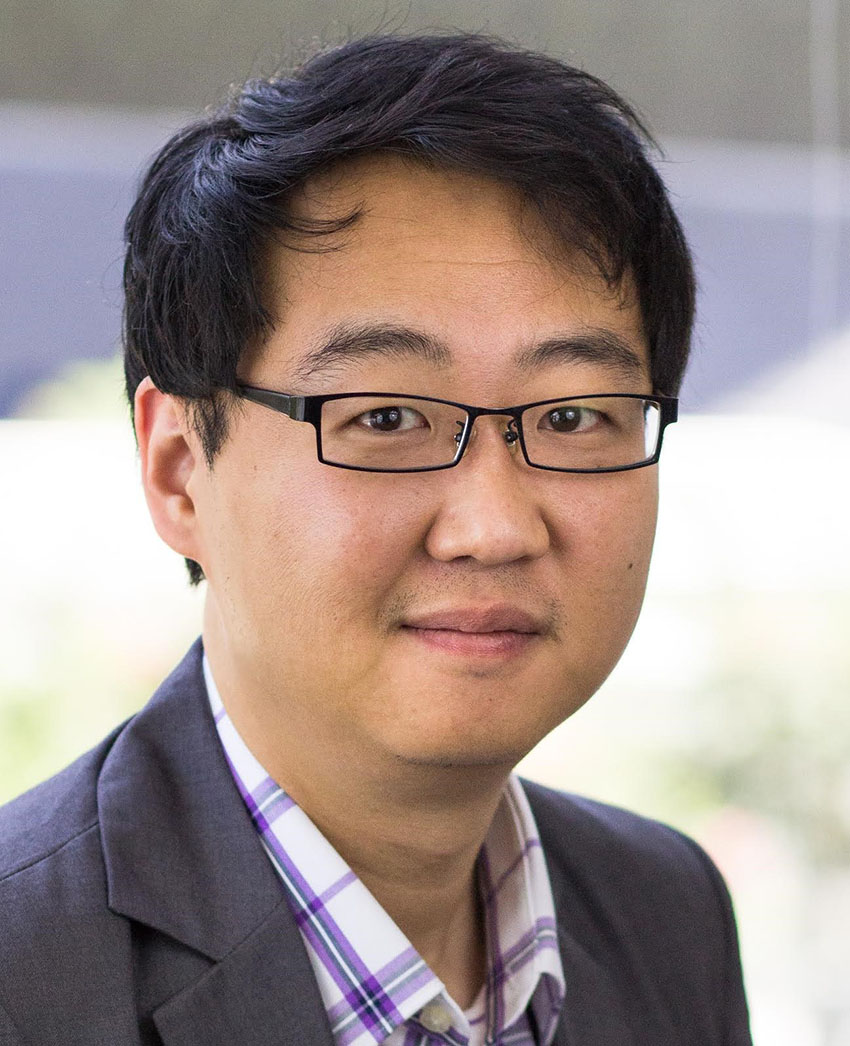 VeloCity: How would you describe StarSpace46 to somebody who has no idea what you guys do?

Tommy Yi: First and foremost we are a coworking space, but then we are also a destination for entrepreneurs and small business owners who wanted to get plugged in into entrepreneurship. We host tech and entrepreneurial events, like 1 Million Cups. We also house a lot of small businesses ranging from a person who is just getting started part time all the way up to companies that have 10 employees and are hitting $2-3 million in revenue. We also have what we call corporate innovation deals, where we have companies like American Fidelity and Kimray house their innovation teams here.

VeloCity: How did pursuing a place like this become your passion?

This will be a long answer, but I started the first coworking space in Oklahoma, back in 2008-2009, and it was called the okcCoCo. The reason why me and a group of friends started that was because we kept seeing more and more of our peers leave the state. There was a huge problem with talent. In my career, I would always visit other cities and wonder, "Why don't we have a vibrant entrepreneurial community?" Some of the best developers that are working for software companies on the West Coast all came from Oklahoma. A Javascript developer wrote the number one book on Javascript, grew up in Moore, Oklahoma, but is no longer here. Oklahoma City roughly has the same population as Portland. Why don't we have the same thing as Portland? Why don't we have these things? I thought there was a huge opportunity here, especially with MAPS 3 starting to take shape. I saw Oklahoma City as a sandbox of opportunity. That compelled me to really make a choice to stay here and build something like this.

"There hasn't been a single person that I've been able to show around Oklahoma City from a place like California who doesn't want to automatically move here, especially when they see the housing and then they see how tight-knit the community is here."

You mentioned all the events you have here. Were the events and community aspect of StarSpace46 always part of the plan or did that happen organically?

This kind of goes back to the okcCoCo days when we hosted an event called the Open Beta, and there was a lot of important things that came out of that. Open Beta was before there was a TEDx, Ignite or any of those events. And actually, a lot of those original organizers were people who participated in our event. Our keynote speaker was this young guy named Noah Everett who at the time created the service that everyone with the smartphone used. It was called TwitPic and it allowed you to attach photos and videos to Twitter. This was basically before Instagram or anything like that. He lived in Tulsa, and that blew people's minds because everyone assumed it was some Silicon Valley-type company. Open Beta brought a lot of people with similar interests together who didn't realize that we actually had a lot of people who are into those things. We had people who were into different groups who are in the different coding platforms, people who are in the entrepreneurship and tech startups that, it was just them and their buddies in one part of town, and another group in another part of town, and we brought them all together. We quickly realized that there were actually like 40 or 50 of us. So if you fast-forward [to] today, now there's a nonprofit called Techlahoma, they throw about 35 tech-related events. You also have 1 Million Cups. We're not in New York, we're not San Francisco. Coworking resulted as a result of very obscene property prices. People were willing to timeshare spaces and, because of the population density, community just sort of happened. In Oklahoma, we're so spread out that there's cheap offices everywhere. What's a luxury here is actually that community aspect: having that density of people together in one room to bounce ideas from, to learn from each other. We've had to basically flip it completely around. We spend all of our time or resources on the community, building population density, building a place where we're a destination for folks to be here, and then that's what then drives our prices for space. People will pay a premium to be closer to population density. 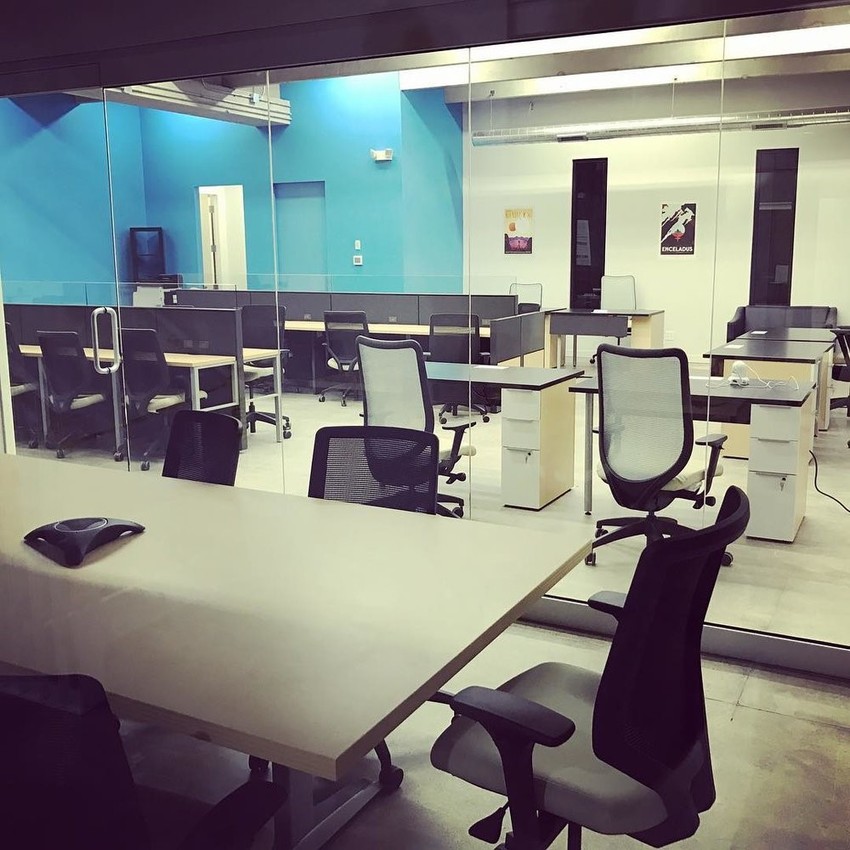 "I thought there was a huge opportunity here, especially with MAPS 3 starting to take shape. I saw Oklahoma City as a sandbox of opportunity. That compelled me to really make a choice to stay here and build something like this."

Can you talk a little about your location? You are in an interesting spot because you are surrounded by a ton of construction in an area that is quickly developing. Editor’s note: StarSpace46 is located on the western portion of Film Row near the Oklahoma City Boulevard.

We recognized we're an economic engine. Our event space draws, on the worst winter months, 400 people a month. During the fall, spring and summer, our busy season, it could be up to 1,200-1,500 people a month. You’re talking an average of 800 to 1,000 people who want places to eat, things to do and places to shop. We are driving in a lot of that traffic and we want to cast a vision. We sort of nicknamed this part of town Tech West. We have monthly meetups with our neighbors here. We talk about things like streetlights and signs. We have an opportunity to do things differently here because all of our neighbors are owner-operators, so they not only own the land, but they run a business out of it, and they've been here for 20 years. And we want to do things from the ground up the right way. So we're not looking to push community out, we're not looking to push business owners out. Let's partner [in] this area together and build a vision. I also think we want to be good stewards of what we say our original neighbors here: the homeless. They are good folks so you treat them with respect. So how do we work better with the Jesus House so we aren’t immediately trying to drive out the homeless? How do we include them as part of the community? How do we, from the ground up, set this district up differently?

You’ve also had larger companies, like Rural Sourcing, office here until they get their office or buildings completed. Could you talk about that a little?

That has become very common. I think what really compelled RSI to move here wasn't just the fact that we had available temp space, because they could probably find temp space elsewhere, for a lot cheaper. The reason why they did it was because of our community. RSI had a challenge of hiring 150 employees and they knew that there was no way for them to hit their goal if they had set up shop elsewhere. If they bought random temp space it wouldn’t have the community attached. It helped them set up a great recruiting pipeline. There were meetings at their doorsteps so they could just go at lunch and go to the one these meetups and talk and recruit folks. And I would say similarly, as we have more conversations or more companies wanting to relocate to Oklahoma City and need temp space, that is the biggest value proposition of being in a place like this. We have a large pipeline of potential recruiting candidates.

In the big picture, what are your thoughts on Oklahoma City’s startup community as it stands right now?

The startup community is growing and it's very exciting. There has probably not been a more exciting time to be a tech startup. We have regular visits from folks who were part of the early Austin tech startup scene and their consensus is that Oklahoma City is kind of where Austin was 15 years ago. I think we're in a really, really good time right now and I think it's only going to increase and grow and get better.

"We spend all of our time and resources on the community, building population density, building a place where we're a destination for folks to be here, and then that's what then drives our prices for space."

What are the advantages for a startup to be located in Oklahoma City?

In Oklahoma City, unlike other cities, we still have the "all ships rise with the tide" mentality. That means a lot more than I think people really understand. Where, in a place like San Francisco, things are very cutthroat. If you ever go to San Francisco, it's kind of like the L.A. for startup founders. Because you'll go to a Starbucks and the guy serving your coffee is like, oh I'm a startup founder. Also, the quality of life and cost of living can't be ignored. That's probably one of the big reasons why we get such a huge influx of people wanting to do startups here. They know they can go a lot further. There hasn't been a single person that I've been able to show around Oklahoma City from a place like California who doesn't want to automatically move here, especially when they see the housing and then they see how tight-knit the community is here. It's one of those things again where, because we're on that journey and path, it's a little more structured than the wild west, but there's still a lot of that wild west element. So there's a lot of open possibilities.