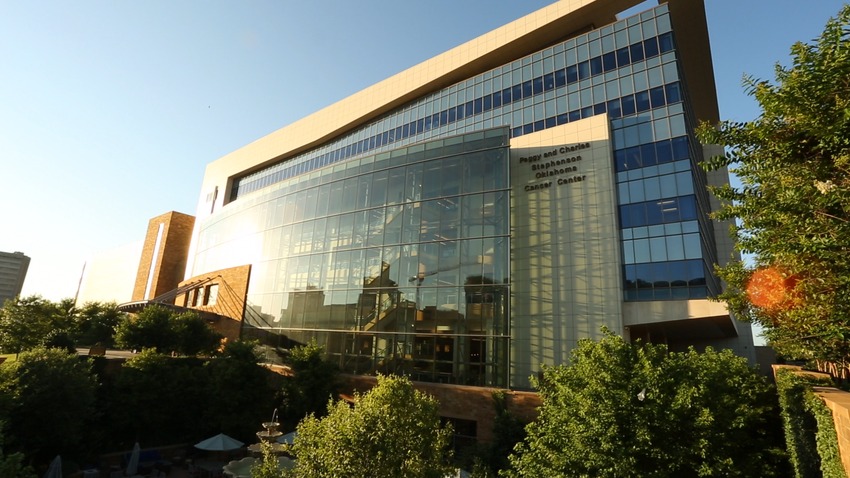 In the heart of downtown OKC’s innovation district, advanced research is producing success stories and good news in an area where people may generally expect the worst. The only comprehensive academic cancer center in the state, experts at the Stephenson Cancer Center are exploring new treatments and making breakthroughs in cancer care through advanced research, clinical trials and a patient-centered approach to treatment—and those breakthroughs are rendering both results and recognition.

Members of the Greater OKC Chamber’s OKC News Bureau were recently hosted by the Stephenson Cancer Center on the OUHSC campus in the innovation district and were treated to a presentation about the Center, its new National Cancer Institute designation, and the work that is continually being done there to better the health and lives of Oklahomans. Due to a confluence of diet, tobacco use and climate/environmental factors, Oklahoma has relatively high rates of lung, head and neck, melanoma, cervical and colorectal cancer, making the work and research done at Stephenson vital to our state’s health.

Dr. Robert Mannel, director of the Stephenson Cancer Center and professor in the department of obstetrics and gynecology, gave participants a fascinating presentation on cancer in Oklahoma and the work of Stephenson in battling the disease.

The foundation for the facility was actually laid in 2001, with the passage of House Bill 1072. That bill directed the OU Board of Regents to establish a cancer treatment center and research program. Mannel noted that the goal back then was to attain the NCI designation. But now, he says, they’re ready to go further, and the way he and his fellow physicians and researchers see it, “the NCI designation is the starting line. Now we’re ready, over the next five years, to be really impactful,” he said.

Part of that has to do with the quality of care patients can receive. The NCI designation is awarded to only the top 2 percent of cancer centers (only 70 centers nationwide have the designation), with perhaps a new center added to the list every two to three years. Mannel said that patients being treated at NCI-Designated Cancer Centers, like Stephenson, have a 25 percent higher survival rate than those at non-NCI centers. Stephenson is organized somewhat differently than other centers as well, with each clinic in the center specializing in a specific disease and taking a multi-disciplinary approach to treatment, rather than the norm of segmenting clinics by the type of treatment, allowing for a much more patient-centered and disease-focused experience. 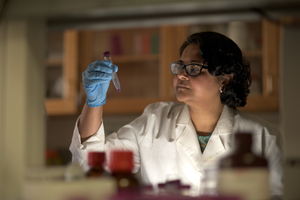 In addition to better patient outcomes, another positive aspect of the NCI designation Mannel notes is a better chance for more federal research dollars, as those awards and grants are made easier to get when the researcher is associated with an NCI-designated facility. Stephenson has recently recruited more than 70 oncology physicians as well as more than 50 lab researchers and even more clinical researchers, who brought $26.6 million in grant money with them. Since arriving, they have attained $93.4 million in additional research funding. This research will, in turn, lead to even more positive outcomes for patients.

Mannel also spoke about how Stephenson functions as an economic driver for the state and for OKC specifically. Part of that has to do with Stephenson’s focus on clinical trials. Stephenson is number one in the U.S. in terms of number of people enrolled in National Cancer Institute-sponsored clinical trials – more than such names as M.D. Anderson, Harvard and Yale. And the center’s participation in early phase clinical trials specifically—the first time new drugs are given to humans—are also part of this success. According to Mannel, 40 percent of patients at the center come from more than 50 miles away and a big draw is the ability to participate in these types of early stage research. “We get people from all around the region, and from all over, to participate in the Phase I clinical trials we have,” he said. “It’s a big economic driver from not only the research and employee base, but also it brings people in from out of the market and allows us to help enhance public perception of OKC.”

The Greater OKC Chamber and members of the OKC News Bureau would like to thank Claire Turmelle and Dr. Robert Mannel for hosting us and for the great presentation.

Learn more about the Stephenson Cancer Center at http://stephensoncancercenter.org/. 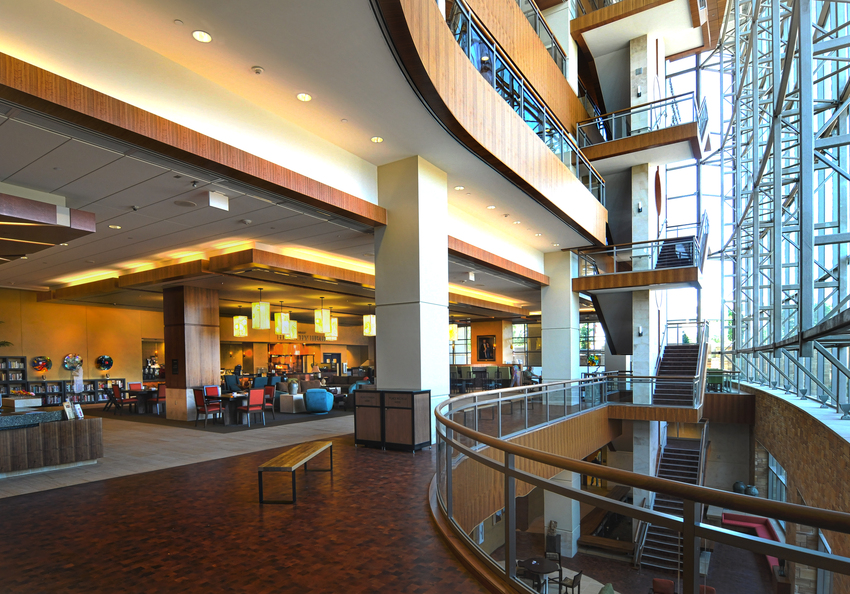