TEAMS conference coming to OKC in 2022 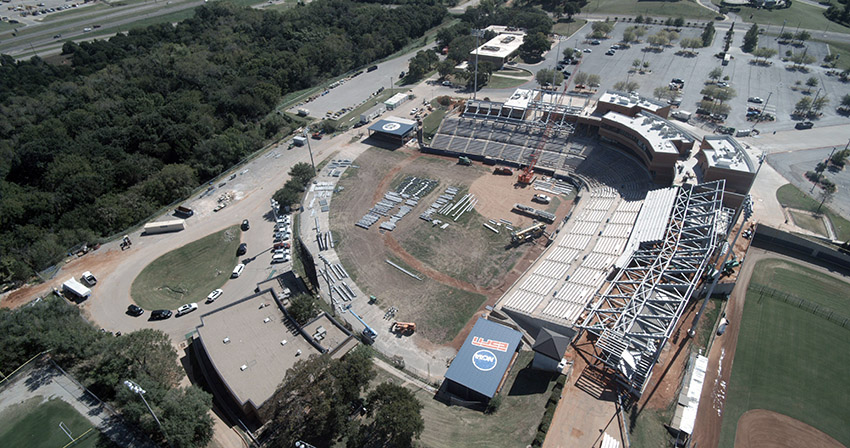 The USA Softball complex will be a major attraction during the TEAMS conference. The field is under construction and will be ready for the 2020 NCAA Women's College World Series.

The Northstar Meetings Group has announced Oklahoma City as one of the six future destinations for TEAMS Conference & Expo. The conference will be held in Oklahoma City for the first time in history and will be headquartered at the new MAPS 3-backed Oklahoma City Convention Center, October 10-13, 2022.

The expo is one of the largest of its kind and brings in sports-event organizers from all over the world. Launched in 1998, TEAMS attracts more than 1,000 attendees including CEOs, executive directors and event managers from sports organizations, representatives from sports commissions and convention bureaus, corporate sponsors, event suppliers and other hospitality industry opinion leaders.

For more than 20 years, TEAMS has helped define the sports-event and appointment-based trade show industries.

“It’s an honor to host TEAMS in OKC as it is a marquee event in the sports tourism industry,” said Sue Hollenbeck, Director of Sports Business for the Oklahoma City Convention & Visitors Bureau. “It’s always fun to show off your hometown to your colleagues, but it’s even more fun when you get to show off the amazing package that OKC will have in 2022. We are excited to have over 1,000 sports playmakers in our city!”

Hollenbeck said this is the first time she's bid on having the conference in the city. She's been attending since 2009.

She said people who attend the event in OKC will especially be looking dates to have softball tournaments. But she said she's excited that 2022, the newly-purchased eight-field complex off Interstate 240 will be remodeled and ready for tournaments. Then, she can show the sports-event planners how close it is to the USA Softball complex.

During the conference, there will also be events at the Boathouse District, showing off the Olympic training facilities.

Hollenbeck said the conference offers people a chance to not only to discuss and learn about planning sports events, but also check out the competition. By hosting TEAMs, the city is likely to generate more events once they see the facility options, she said.

"The last time we had a show like this in OKC was in 2014," she said. "We cannot wait to be able to show off Scissortail Park and our entertainment districts via the streetcar and all the other 'new' we have. The sports tourism industry will be blown away with all the changes since the last time they were here. This is not just another tradeshow – these are our colleagues, our rivals and competition, but mostly our friends.  It’s a tremendous opportunity and we are looking forward to it."

By getting on the TEAMS circuit, Oklahoma City joins the ranks of Houston, Texas; Atlantic City, New Jersey; Palm Beach, Florida; Anaheim, California and Birmingham, Alabama. Those cities are also hosting the TEAMS conference through 2026.