Thoroughbred horses from across the U.S. competed in 2019 Oklahoma Derby 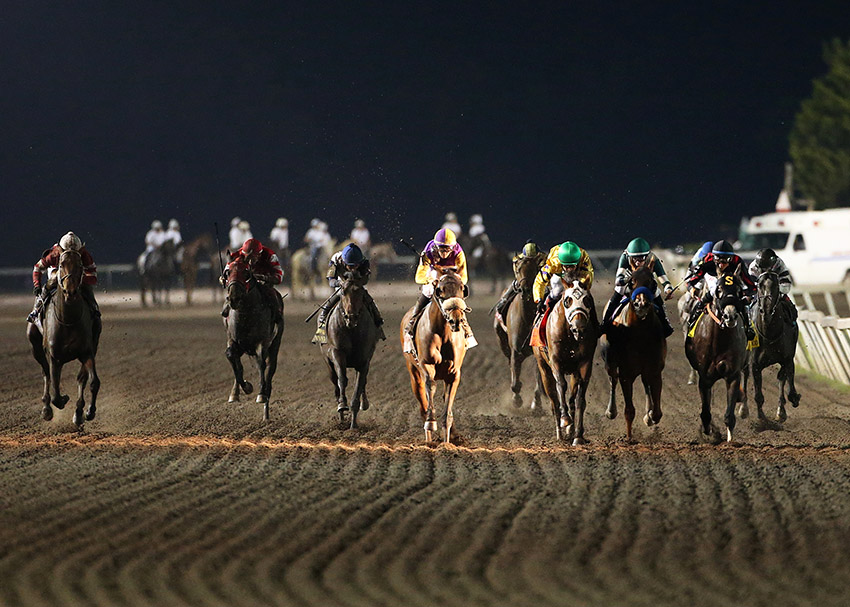 At Remington Park’s Oklahoma Derby on Sunday, the owners of the 10 horses that made it into the starting gates came from 10 different states, including Oklahoma.

Remington Park President Scott Wells said it was the best field of horses he’s seen in the Oklahoma Derby, including when he was at the park as a horse trainer.

“It was a spectacular day of racing,” Wells said. “The field couldn’t have been better.”

The teams that traveled from outside the state likely stayed for a few days, spent money in the city and of course on their horse, Wells said. It costs about $150 to $200 a day to take care of a racehorse.

Remington has races 10 out of 12 months a year, with horses, their jockeys, and their care teams staying in town as well. About 4,000 horses will come through the barns in one calendar year, he said.

“The Oklahoma Derby is a one-day example of the positive economic impact that the horse-racing business has in Oklahoma,” he said.

In total, Wells said there were owners from 21 different states at the track on Sunday. Other top races were the Kip Deville Stakes, which is the first in a season-long race series for two-year-olds, and the Grade 3 $200,000 Remington Park Oaks.

“It shows that people want to be here,” Day said.

The 10-horse field for the Oklahoma Derby helped catch the attention of horse betters across the U.S. On average, thoroughbred races are getting seven competitors. Race betters like putting their money on larger fields because there’s more money to win.

Remington Park generated a new record for its betting total, with $3.1 million placed throughout the day, including money bet at the track and at off-track establishments. It was the first time in the park’s history that more than $3 million has been bet on the races.

Most of the wagering was done at off-track establishments, meaning outside Oklahoma City, people were still talking about the quality of racing at Remington Park. 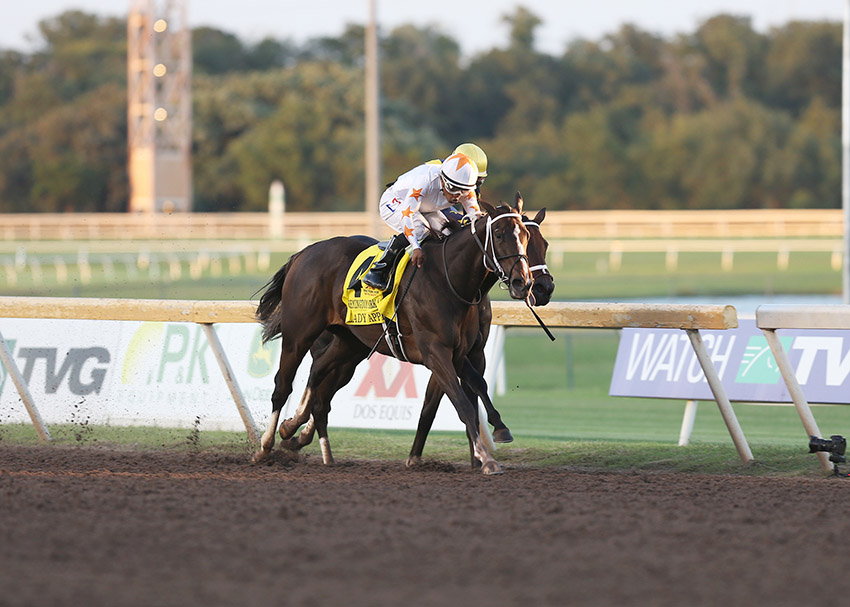 Lady Apple makes it down the final straightaway to get the win. She's trained by Steve Asmussen.

Besides the large racing field, horse betters also take note of who is in the field in regards to trainers and jockeys. Owendale’s trainer, Brad Cox, has been to Remington before, but this was his first time to compete in the Oklahoma Derby. Currently, he’s the fifth leading trainer in North America, based on money earned.

“(Cox) has been dominating in Kentucky and New York in the last couple of years,” Dale said. “But that’s a person with a good horse that circled our date on this calendar as a race to consider.”

The second-leading North American trainer by earnings, Steve Asmussen, has several horses at Remington. On Sunday, he had the most single-day wins for a trainer, taking home seven victories.

Quarter horse trainer James Helzer is also helping to get throughbreds around the track. The former president of the American Quarter Horse Association has won twice with his two-year-old Fly to the Bank, including Sunday’s Kip Deville Stakes. He’ll be the favorite in the $100,000 Clevor Trevor Stakes, set for Oct. 18.

Wells said Sunday was the best racing in all of North America and he thinks the energy will continue.

“We’re having a good season so far,” said Day. “It was only the 23rd race date. That’s a big day to keep building momentum.”