Nearly everyone is familiar with small unmanned aircraft, popularly known as drones, but have you heard of UAM?

The safe incorporation into the National Airspace of UAM, Urban Air Mobility - the flying taxis, the large, 6,000 pound quad copters that Uber Elevate and some other companies anticipate flying human passengers in and around urban environments – is one of the things being developed at the FAA’s Mike Monroney Aeronautical Center here in Oklahoma City.

From autonomous aerial taxis to cargo vehicles, hardware advancements in the urban air mobility market are underway. Regulatory standards and software platforms are also beginning to take shape. In fact, the FAA estimates 545,000 commercial drones will be in use by the end of 2020. These drones will be performing real commercial tasks; they’ll deliver packages, transport people, conduct industrial inspections and provide emergency assistance.

One of the biggest concerns when it comes to large-scale drone deployments is around how these drones will “sense and avoid” other aircraft and potential hazards in the airspace. Reliable “sense and avoid” is crucial to safely enable operations that go beyond visual line of sight. For example, another drone may suddenly enter a drone’s flight path, the wind may pick up unexpectedly or the FAA may issue a notice to airmen (NOTAM) that restricts the current route.

Intelligent deconfliction technology can help solve this challenge by constantly updating a drone’s route to account for new hazards and changes in operating conditions. As with drone maintenance needs, humans alone cannot be relied upon to avoid unexpected obstacles in the airspace. 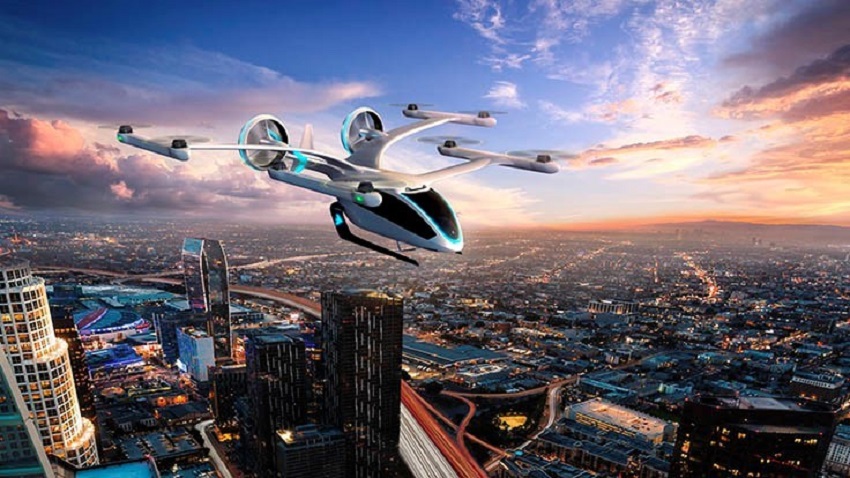 Artificial intelligence will be necessary to safely sense and avoid new obstacles inflight, or completely reroute the drone if the new conditions are extreme. This technology must also account for other aircraft to ensure there are no conflicting routes.

“Unlike the efforts to integrate UAS (drones) into the National Airspace System (NAS) that was developed by the FAA, the efforts to integrate UAM has a large economic push, so they actually gave this project to NASA,” said David Zahn with Leidos Aeronautical Information at the recent Oklahoma Aerospace Forum. “We originally started with NASA under the Urban Air Mobility Assessment Team, then it was the Scenario Technical Working Group and now it is called the Developmental Test Group, under NASA Armstrong, which is located at Edwards AFB in California. But all of the neat nuts and bolts and the safety side are done here at the Mike Monroney Center.”

“We at the FAA have historically been a bit reticent to welcome ‘new entrants’ in the National Airspace System, but that is changing rapidly,” said Daniel Elwell, FAA deputy administrator in a recent speech. “We learned that the hard way when UAS technologies and an entirely new industry sprung up practically overnight and we weren’t ready for it. We’re sort of caught up now, but we are also determined not to let it happen again. That’s why we’re out in front with urban air mobility, or UAM, working with the industry and with NASA to make sure we get it right.”

Companies are already testing a variety of vehicles both in the U.S. and abroad, some with passengers. There will be more than 430,000 urban air taxis in operation by 2040, according to a new Frost & Sullivan study. The international consulting firm predicts that operations will begin as early as 2022, initially in the UAE, New Zealand, and Singapore, followed by Brazil and Mexico. "Globally, almost 50 cities are considering the feasibility of UAM, and most of the applications are focused on cargo drones, which will eventually open up the market for passenger UAM vehicles," said Frost & Sullivan senior mobility analyst Joe Praveen Vijayakumar.

"Safety, noise levels from propulsion, infrastructure for landing and takeoff in urban areas, and favorable regulations will be key focus areas for the commercialization of air taxis," noted Vijayakumar. "Original equipment manufacturers will be looking to especially invest in hybrid fuel systems, lightweight high-strength composite materials, and alternative energy sources such as solar and lightweight high-capacity batteries to achieve fuel efficiency and longer range."

The study notes the potential for companies to profit by incorporating multiple fail-safe mechanisms in their vehicles to instill confidence in potential passengers; collaborating with companies developing innovative next-generation rotors and propellers that can muzzle sound; establishing the support infrastructure, including landing and takeoff stations, passenger waiting lounges, and landing pads in residential buildings; and developing internal cybersecurity capabilities or acquiring cybersecurity startups to safeguard their vehicles.

“UAS is mostly concerned about fuel efficiency, thrust versus poundage, that type of aircraft performance characteristic,” said Zahn. “We’re mostly concerned about safety. Because UAM is mostly cargo but the money is going to be made in human transportation. So the Civil Aeronautical Medical Institute will have to look at cabin safety through testing, crash-worthy fuel cells and what the survivability of a passenger cabin would be. It’s an integral thing that the Mike Monroney Center will be involved in to make UAMs safe.”

As a point of reference for how fast this industry is moving, the FAA has been registering manned aircraft for 92 years, and after only four years of registering drones, there are nearly four times as many on the books.

What happens next is that the FAA gradually implements new rules to expand when and how those operators can conduct their business safely and securely. On the horizon are rules for beyond visual-line-of-sight operations — the Holy Grail of UAS rules.

Small drones are already changing the landscape of our economy and society and here are a few examples:

In San Diego, the Chula Vista police department and CAPE, a private UAS teleoperations company, are using drones as first responders to provide aerial views for officers to document accident or crime scenes, and search for missing persons.

In Kansas, the State Department of Transportation showed us how to use drones for power line inspections and precision agriculture.

The Choctaw Nation of Oklahoma is using them to bait feral hog traps.

In North Carolina, they delivered blood samples to a lab for testing.

The benefits provided by Urban Air Mobility will likely be no less extraordinary, according to Zahn.

“Ultimately, the possibilities enabled by urban air mobility will be transformative for industry and society in the not-too-distant future,” he said. “But first, we must have the right technologies in place to ensure that every flight is a safe flight.”