Campaign volunteers revealed the total amount raised at an event on Aug. 9.

Thanks to its volunteers, the Greater Oklahoma City Chamber concluded the 25th anniversary of its Total Resource Development Campaign on Aug. 9 by raising a total of $2,865,195. TRDC has been raising money to invest in the Oklahoma City community since the first campaign took place in 1994.

Campaign co-chairs Kristin Peck, Cox Communications, and Christopher P. Reen, the Oklahoman Media Company, led more than 100 volunteers during the campaign. The volunteers connected Chamber members with sponsorship and advertising opportunities that are available through the Chamber. 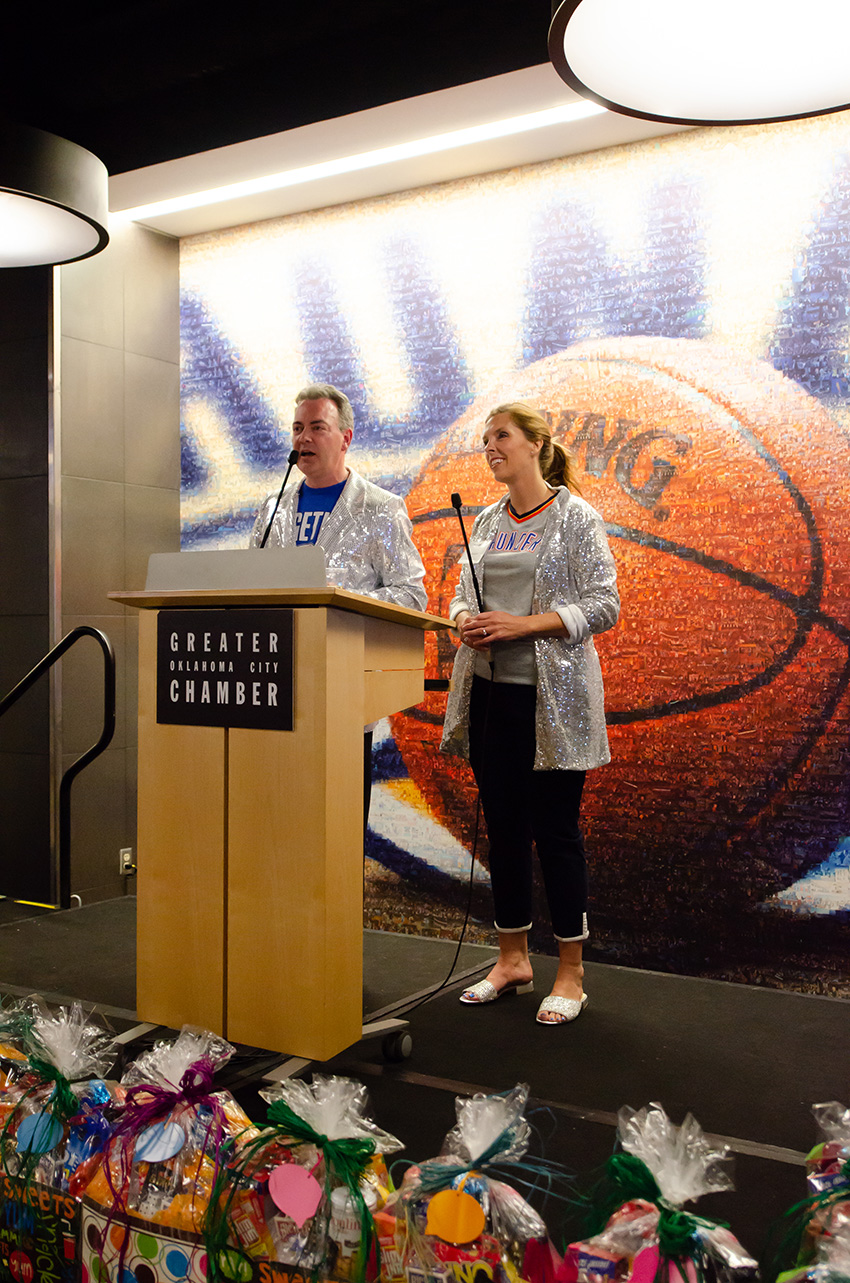 “TRDC is all about connecting our members with resources for promoting their businesses, and that would not be possible without our amazing volunteers,” said Peck. “Our volunteers spent countless hours helping us reach our goals, and while we are impressed with the total, we are even more excited about the level of engagement that we saw among our Chamber members.”

At an event celebrating the successful conclusion to TRDC, Peck and Reen honored volunteers who made significant contributions to the campaign. Cindy Murillo with Gardner Tanenbaum Holdings received the Rookie of the Year award, an honor given to a rookie volunteer with the highest campaign production. The Ray Ackerman award, which recognizes volunteers who bring in the most new Chamber memberships during campaign, was given to Paul Pustmueller with Bank of Oklahoma. Laure Majors, Frankfurt-Short-Bruza Associates, was also honored as the 2018 TRDC Top Producer.

“Volunteers like Cindy, Paul and Laure exemplify the dedication of our TRDC participants,” Reen said. “The efforts of our volunteers directly impact the community and economic development undertaken by the Chamber in Oklahoma City.”

TRDC volunteers also gathered at the event to honor Brad Naifeh, a campaign leader who passed away in June. Naifeh was a longtime Chamber volunteer and former member of the Chamber’s Board of Directors.

“I had the pleasure of working with Brad on community issues for many years, and he was the type of person who never hesitated to speak up for what he believed to be right,” said Roy H. Williams, president and CEO of the Chamber. “Brad was one of our community’s most fearless leaders, and I know his legacy will inspire us for many years to come.” 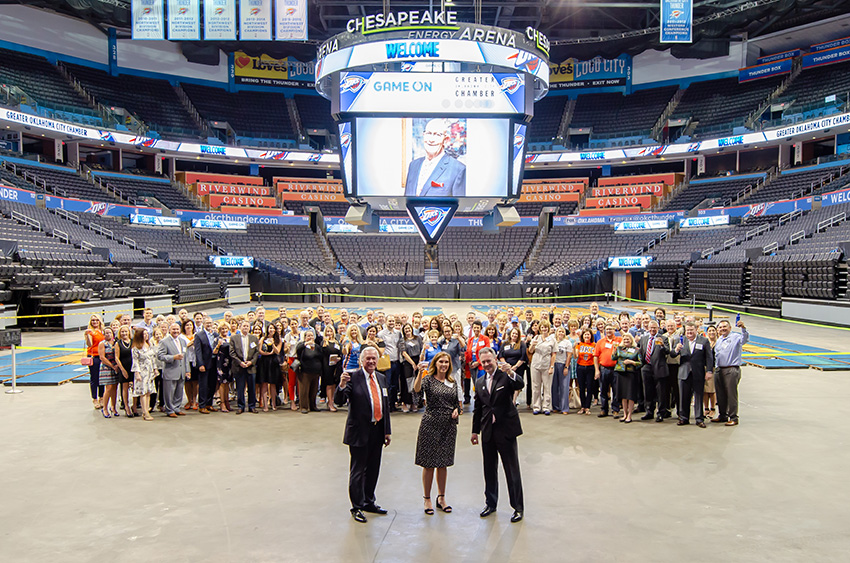 Attendees of the Aug. 9 event gathered to raise a glass in memory of Brad Naifeh, a longtime Chamber and TRDC volunteer who passed away in June.

The sponsorships and advertising opportunities offered during the campaign allow the Chamber to produce quality events and publications for member companies and help support the Chamber’s work in economic development, government relations, education/talent development, community development and more. Peck and Reen will return to chair the 2019 campaign, which will mark the 26th year for TRDC.

Special thanks to the volunteers who made the 25th TRDC possible!