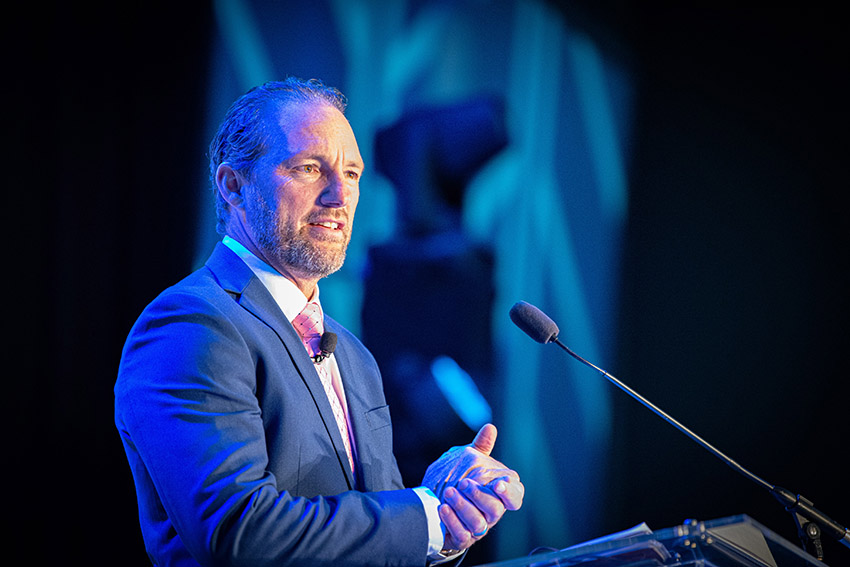 A few years ago, Walter Nusbaum saw a sharp-dressed man wiping down a bathroom sink. Nusbaum couldn't stop thinking about it when he boarded his plane.

"I made a joke to him, 'You been working here long?'" Nusbaum said. "Then, he said something that made a real impact on my life. It's something I've heard before, but for whatever reason, this time it really resonated with me. He said, 'It's not a bad idea to leave things a little better than you found it.'"

Nusbaum shared the story at the Greater Oklahoma City Chamber's professional development conference, Elevate, held Oct. 23. Nusbam is the president of the business coaching firm, The Nusbaum Group, based in Denton, Texas.

He said on that day in the airport bathroom, he took his paper towels and wiped down the sink, like he saw the other man do. He said the idea of leaving things better than you find them, made popular by the Boy Scouts of America, inspired him to work with his business partner and write a book, "The Sink: Radical Transformation With One Small Change."

He turned the word "sink" into an acronym for how someone can make small changes that lead to radical transformation. 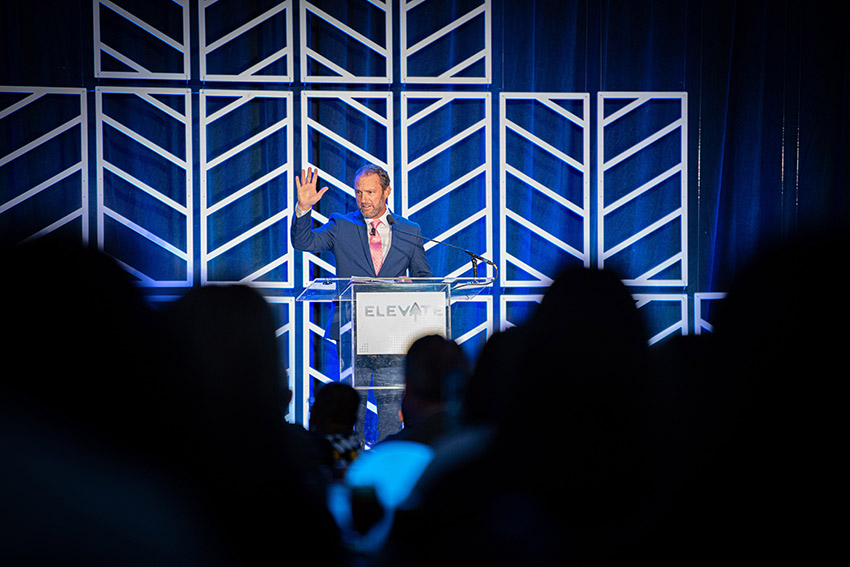 Starting with S, he encouraged the audience to be someone who seeks the needs around you. He said people can do this by seeing what needs exist within them and in the environment around them.

The N meant people should nullify the need.

Then after getting rid of the need, keep it going, which was the phrase for K.

"You know what happens when you do that? Radical transformation over time with one small change," he said.

He referenced his favorite quote from Aristotle, who said, "In every act of doing, we are becoming."

Nusbaum added, "Everything we do, we participate in that thing and it becomes a part of us. Over time, by investing in the things around you, you'll become a person that most people can only dream about. That's not a rah-rah motivational speech. That's the truth."

He encouraged the crowd to take back the idea of leaving things better than they found them, taking those small steps to make changes, then they'll see radical transformation.