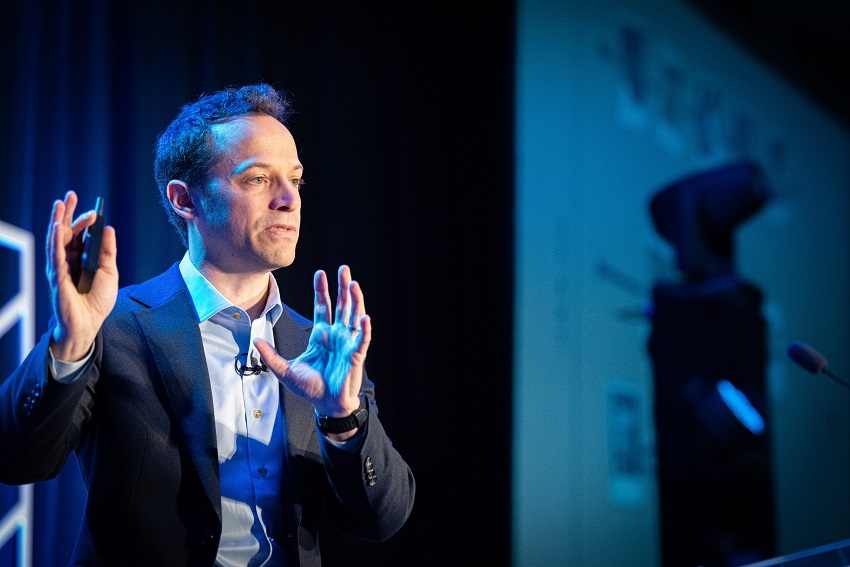 Have you heard of the 10,000 hours rule? Just in case you haven’t, it’s the idea that if a person practices long and hard enough at something they’ll become an expert, regardless of innate talent.

It’s a theory that was propounded by the authors of multiple books, including Malcolm Gladwell’s Outliers, Geoff Colvin’s Talent is Overrated, and Daniel Coyle’s The Talent Code, where the synopsis claimed: ‘Talent. You've either got it or you haven't. Not true, actually.’

Since then, though, the 10,000-hour concept has been put under the microscope and debunked a few times. More than a decade later and a new concept claims that the opposite of the 10,000 hours theory may be true.

The name of this concept?

What is range? In this case, it’s a term coined by Epstein in his book and Range suggests that the best way to excel in any field – from science to business – is to ensure you gain a breadth of experience, take detours, experiment relentlessly and juggle many interests.

Epstein says: “Range makes a compelling case for actively cultivating inefficiency. Failing a test is the best way to learn. Frequent quitters end up with the most fulfilling careers. The most impactful inventors cross domains rather than deepening their knowledge in a single area.

“As experts silo themselves further while computers master more of the skills once reserved for highly focused humans, people who think broadly and embrace diverse experiences and perspectives will increasingly thrive.”

Over the past few decades, psychologists have found evidence that a learning strategy called interleaving can help school pupils retain information better than if they learn about topics in silos. Studies have shown interleaving to be beneficial in subjects from math to music.

You only need to look at the lives and philosophies of some of the world’s most successful entrepreneurs to see range in action.

The most obvious example is Bill Gates. He’s been quoted as saying: “I’ve always prided myself on my ability to teach myself things. Whenever I don’t know a lot about something, I’ll read a textbook or watch an online course until I do.”

The business magnate is also famous for reading a book a week. His annual reading list can feature everything from books on meditation to tomes on genetic engineering. His 2019 list included everything from Infinite Jest, about the pursuit of happiness in America, to Nine Pints, a book about blood.

Richard Branson is also a big believer in the concept of range, although he was ‘believing’ in it before it was actually given a name.

“The best way of learning anything is by doing. I’ve known this ever since I tried and failed to start a business selling Christmas trees, making mistakes and picking up learnings that helped me improve the next time, and time and time again. Having started hundreds of businesses since, and learned thousands of new skills, I’m still learning by doing every day.”

Of course, you’ll get the most insight into the concept of range by reading Epstein’s book from cover-to-cover, but Epstein said the following actions should help you broaden your horizons, too.

Seek partnerships with other companies. A good example of businesses teaming up is a local restaurant that partners up with a local movie theatre to offer mutual discounts and services such as late night, post-movie, dining times or desserts delivered to the movie screen seating areas. When you spend time with a complementary business, you’ll get an insight into their ways of working that could inspire changes or innovations in your own company.

Don’t ignore your hobbies. As mentioned above, Bill Gates often gets business inspiration from his books and his meditation sessions. You can learn all sorts of things from taking part in your hobbies that can be transferred to the corporate world.

Travel. Taking time off may sound like a cardinal sin to any business owner, but it’s possible to come away from a week away from work with more than just a tan and a tacky fridge magnet. Especially when you explore slightly more off-the-radar places, you’ll find other entrepreneurs doing things differently, whether that’s winemakers breaking traditional winemaking rules or street food sellers turning the concept of curb side eats on its head.

Epstein's writing has appeared in numerous national and international publications, from The New York Times and The Atlantic to National Geographic. He was previously an investigative reporter at ProPublica, where his work ranged from an investigation into the DEA's complicated pursuit of Chapo Guzman's rivals, to a This American Life episode about a woman with muscular dystrophy who discovered that she shares a mutated gene with an Olympic medalist.

A former Sports Illustrated senior writer, Epstein authored or co-authored several of their most high profile investigative pieces, including the 2009 revelation of Yankees third baseman Alex Rodriguez's steroid use. He has master's degrees in environmental science and journalism from Columbia University, and was twice NCAA All-East as an 800-meter runner.