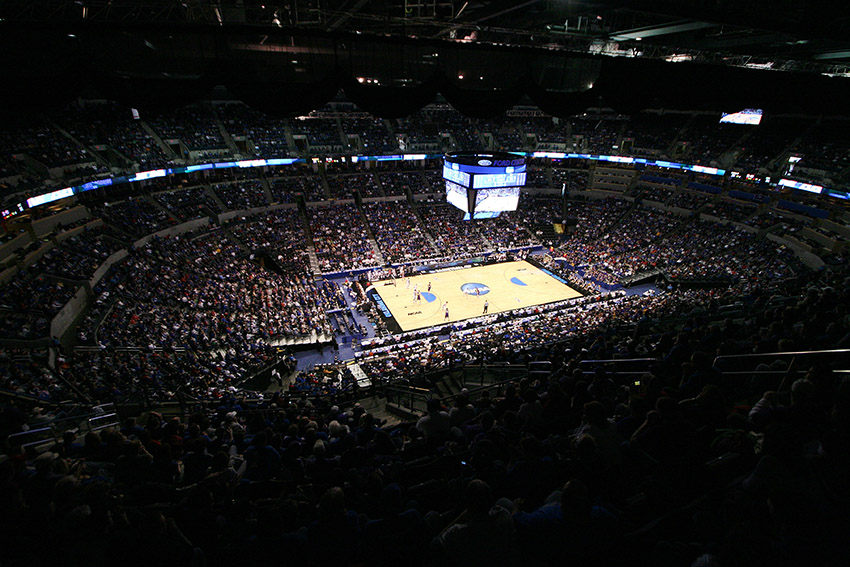 The NCAA has chosen Oklahoma City as the host destination for the 2026 NCAA Division I Men's Basketball First and Second Rounds. The OKC Convention & Visitors Bureau partnered with the Big 12, OU and OSU, along with leadership from local sports venues, sports organizations and hotels to submit the winning bid proposal. This collective effort will bring in an economic impact of $8.2 million and showcase Oklahoma City to national audiences.

“Bringing these NCAA events to Oklahoma City is a huge win for our community,” said Sue Hollenbeck, Director of Sports Business at the OKC Convention and Visitors Bureau. “The economic impact and national media coverage are significant for showing off OKC, as well as providing a unique fan experience that features all there is to do in OKC.”

These NCAA events are in addition to OKC continuing to host the Big 12 Softball and Baseball tournaments in May 2021 and the Women’s College World Series through 2035, celebrating the 30th Anniversary in June.

“The Big 12 and its host organizations have a long, rich history of hosting NCAA championship events,” said Big 12 Commissioner Bob Bowlsby. “The cities and arenas have been exceptional partners and we look forward to remaining a part of March Madness in the upcoming years.”

Chesapeake Energy Arena has been chosen as the host venue for the men’s basketball events. OKC successfully hosted the same event in 2016.

“Chesapeake Energy Arena is thrilled to welcome back the NCAA men’s tournament to this great basketball market. It is a welcomed addition to the continued momentum taking place in Oklahoma City,” said Chris Semrau, General Manager of ASM Global OKC.

“Oklahoma City has hosted some of the most legendary men’s basketball games and players in NCAA Tournament history and we are thrilled we’ll get to build upon that legacy again in 2026,” said Mayor David Holt. “Congratulations and thank you to Sue Hollenbeck and all of the partners who collaborated on this successful effort!”