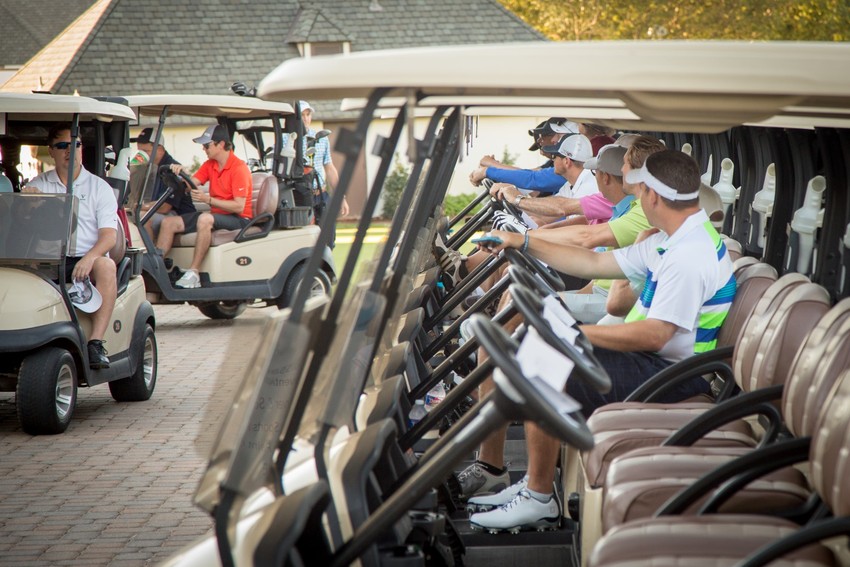 Nearly 80 people gathered at Gaillardia Country Club on Monday, April 1, for the Chamber's first of four golf tournaments during the 2019 calendar year. Nineteen companies were represented at the event, where team members gathered for a scramble-format tournament on the links.

The top three teams from each of the three flights were recognized at the tournament luncheon that afternoon. Tournament winners were:

The Chamber will host three more golf tournaments this year, giving you the chance to enjoy multiple days on the greens, create new business connections and strengthen existing ones. Join the Chamber on April 29 at Twin Hills Golf & Country Club for a 9 a.m. shotgun start. Purchase a team today, or learn about hole sponsorship opportunities, at www.okcchamber.com/golf.