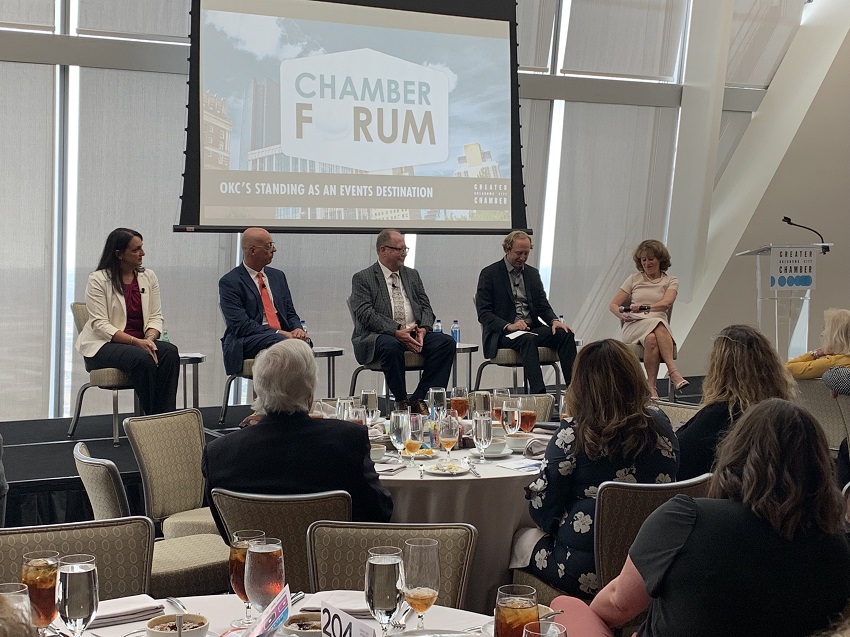 “In Greater Oklahoma City, the hospitality industry is the third-largest and fastest growing industry in our region, directly accounting for more than 23,000 jobs and generating $2.25 billion dollars in direct spending in Oklahoma County alone,” said Natalie Shirley, vice chair of convention and visitor development for the Greater Oklahoma City Chamber. “Key to this industry’s growth are the events hosted in venues throughout Oklahoma City. From corporate conferences to festivals, sporting events to concerts, events hosted in Oklahoma City drive the development of our hospitality industry – and I am not just talking about their economic impact, although that is certainly significant.”

When Oklahoma City hosts an event, it also has a significant impact on the perceptions that other people have about the community.

“When we are invite new people to our market, we are exposing them to the Oklahoma City we have built together, which in turn, improves our overall brand on a national and international platform,” Shirley noted.

Oklahoma City is known for some very high-profile events:  from sporting events like the Women’s College World Series to major concerts and festivals (think Garth Brooks and Red Earth, among others).

Venues are very important. And that’s not just in the sports world. If you don’t have the right music venue or a theater venue, you won’t be able to host events of any nature.

“One of the main goals we had last year was to increase the quantity, quality and diversity of the events held at our facility,” said Chesapeake Arena’s Semrau.  When they go after an event, “We’re not only selling Chesapeake Arena, we’re selling the local community as a whole,” he noted. “We want our touring events to leave with a stronger perception of Oklahoma City than when they arrived. We want them to leave, wanting to come back to our facility.” 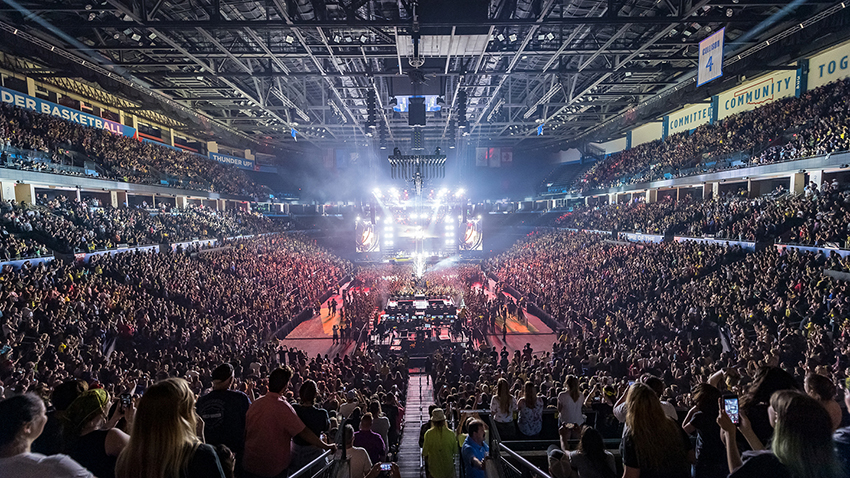 While Oklahoma City has an enviable track record of attracting major sporting events, youth sporting events are also a major impact on the local economy.

“There’s probably a youth sporting event in Oklahoma City every single weekend,” said the CVB’s Hollenbeck. “One of the beautiful things about youth events is that they are not all in one area, so we utilize different areas of the city for different events.”

Whether it’s tennis at the Tennis Center or soccer on the south side, the economic benefits are spread all over the city.

“You’re going to play your games, then you’ll go eat over here, then you see the mall is across the street, and we haven’t seen that movie yet so we’re going to go to that movie,” added Hollenbeck. “It’s parents, it’s grandparents, it’s little brothers, little sisters. They bring money into town and they are great tourists.”

When it comes to festivals, the Red Earth and deadCenter festivals are world-class events. But how can these staples of Oklahoma City culture continue to grow?

“Our goal is to use our event to sell Oklahoma City,” said deadCenter’s McDaniel. “Every year, three huge events; deadCenter, Red Earth and Prix du West are held the second weekend in June. So we go to

Wichita and Tulsa and Fort Worth and Dallas and say, If you come to Oklahoma City on this weekend, you’ll see the biggest western art show, the biggest Native art show, and the biggest film festival in the region. Events like these provide us the opportunity to show everything else that’s happening in Oklahoma City.”

“There’s a lot on the horizon,” said Red Earth’s Oesch. “The Native American Indian Cultural Center being built along the river, when it opens will be spectacular, something everyone will be proud of. It will be on par with the Cowboy Museum. Red Earth will be opening a new art gallery and art center in 2021. The future is bright here.”

“We’ve been looking at how we can branch out,” said McDaniel. “We’re trying to figure out what makes us special. We believe that broadening our horizons like SXSW in Austin did is the only way to stay relevant. So we went pretty hard into a tech festival.”

“One of the things that everyone needs to remember, I don’t care if it’s a sporting event, if it’s music, if it’s art, whatever it is, you have to attend,” said Hollenbeck. “The most important thing is attending these things. You don’t get bigger unless the people here actually attend. If you didn’t go see Hamilton, shame on you, it was an amazing play. If you haven’t gone to a live concert, go to these places! If you didn’t know that the Women’s College World Series is in Oklahoma City, you need to come to a game. If you haven’t been to a Thunder game in a long time, go! If you haven’t been to a Dodgers game, go! You don’t get new, you don’t get better, if you don’t take advantage of what you already have.”