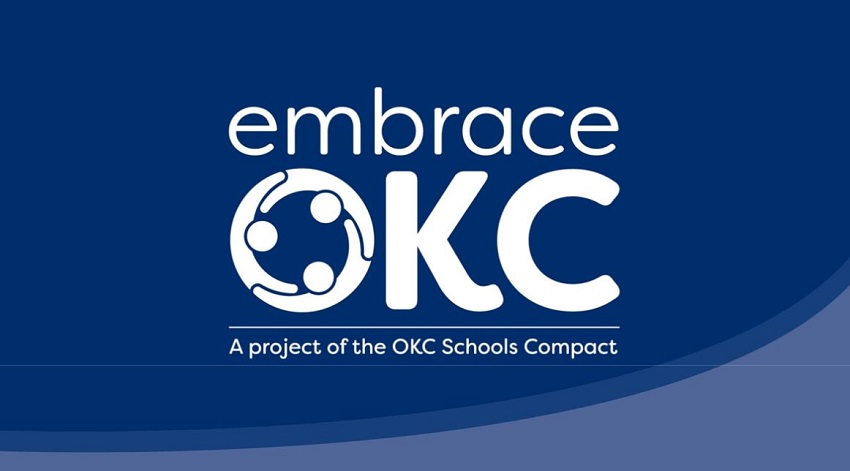 In a survey given in the Fall of 2017, nearly 400 students reported attempting suicide within the last 12 months.

These aren’t college kids dealing with midterms. They were sixth, eighth, 10th and 12th graders in Oklahoma City Public Schools.

Among those same students, about 10% had used alcohol within the last 30 days of the assessment and about 6% reported binge drinking, with most reporting they were permitted the alcohol by their parents.

Many students reported feeling hopeless, worthless or so depressed that nothing could cheer them up. The assessment was done by the Oklahoma Department of Mental Health and Substance Abuse Services (ODMHSAS).

With more than 50% of students impacted by psychological distress, it is not just hard for kids to learn.  It can also become difficult for the teachers to instruct, leading to stress and eventually to burn-out.

But several community partners are working with OKCPS to bring help to students, teachers and, ultimately, to the city’s workforce.

With its existing OKC Schools Compact partners — the Greater Oklahoma City Chamber, the Foundation for Oklahoma City Public Schools, the City of Oklahoma City and the United Way of Central Oklahoma — OKCPS launched EmbraceOKC, an initiative to help get more mental health supports into the state’s largest district. 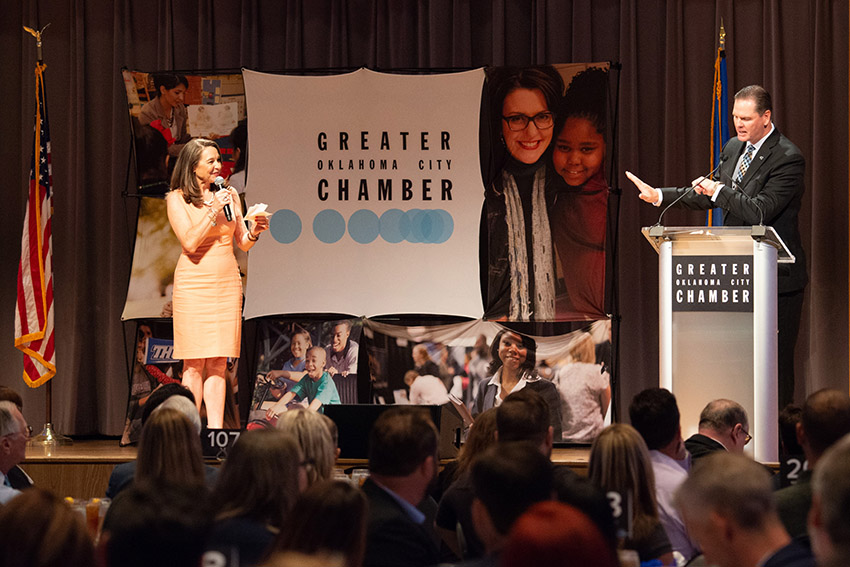 “For so long, we’ve expected students to just sit down and learn. But these kids are just trying to get through the day. They’re trying to survive,” said Teresa Rose Crook, vice chair of the Chamber’s education committee. “They have to have their basic needs met, such as feeling safe and loved, before they can even start to learn.”

The OKC Schools Compact is raising $5 million to help fund mental health services and programs in the schools.

OKCP Superintendent Dr. Sean McDaniel said he is optimistic about what this program can do for the students.

“I hope that through this work every one of our 45,000 students and their families feel the arms of Oklahoma City being wrapped around them,” he said. “I’ve said many times that until we work to meet our students’ most basic, foundational needs - food, warmth, emotional and physical safety - many of our students will continue to struggle to find academic success.”

The fundraising goal has not been met yet, but the school district has already started working on some programs while it waits on the money to be raised.

One new program that’s happening is "Handle With Care". This partnership allows Oklahoma City Police to notify OKCPS district leaders when a student is the victim of or a witness to a crime. Then the district’s Student Support Services team can let the child’s school team know that he/she should be handled with care. No other details are given.

The program is already making an impact and OKCPS Student Support Services Executive Director Dr. Teri Bell has been busy traveling the state with Deputy Chief Paco Balderrama from the Oklahoma City Police Department helping other municipalities think through ways they might implement something similar.

When a child has an Adverse Childhood Experience (ACE), school is often the last thing on their mind. The call lets the teacher needs to know why the child may not be interested in learning that day.

OKCPS students aren’t the only students facing ACEs, as Oklahoma’s Superintendent of Public Instruction Joy Hofmeister told Congress. She reported that Oklahoma is a top state for domestic violence, parental incarceration, rate of economic hardship, divorce, parents having a mental illness, or parents abusing drugs or alcohol. Nearly half the state’s children have experienced multiple ACEs.

“As the number of traumatic events increase, so does a child’s risk of poor school attendance, behavioral issues, and failure to meet grade-level standards,” Hofmeister shared with Congress.

With its own budget and resources from the Oklahoma Department of Mental Health, OKCPS has been able to put at least one counselor in every elementary school, with some schools even having two counselors. All middle and intermediate schools have least two counselors, and every OKCPS high school has multiple counselors as well.

There are also 13 social workers in the district, with each person only having to circulate through six buildings at the most. Before EmbraceOKC, there were five social workers for the general student population that circulated through all 70 buildings.

“By having the counselors in the schools all the time, students to know that there is always someone there for them,” Dr. Bell said.

There’s more the district wants and needs to do, but that requires the fundraising goal be met. Many of the programs in the $5 million price tag are prevention-focused, with one starting as early as Pre-K. Students will also be taught how to build protection factors and personal resiliency skills. Once funding is in place, another part of the district’s plan is to bring substance abuse treatment into the schools, allowing the buildings to serve as a place for mental health resources as well.

In addition, the district plans to start having simple mental health screenings in first and second grades, with the goal to stop the cycle that can turn into poor behavior.

“When our kids have survived a horrific event, we have to be able to recognize the signs of trauma and provide the support they need,” Bell said.

That support is crucial to help the students become members of the workforce, which is part of the message shared by Debby Hampton, president and CEO of United Way of Central Oklahoma. United Way is collecting the money as it’s raised. Hampton said the organization is fundraising every way it can imagine and has applied for grants as well.

She said people are starting to connect the dots with ACE scores and the jail pipeline, realizing that if the OKC Schools Compact can get these students the services they need early, they won’t be in the criminal justice system later. Instead, they’ll be productive members of a thriving workforce.

Crook said it’s vital that the city’s businesses understand that the $5 million is really an investment in their own success.

“We, as a business community, have to address the student’s basic needs before we can expect to have a quality, prepared workforce,” she said.

Hampton said the assessment has been helpful not only in showing the need for this initiative; but when the second assessment is done in December, she’ll be able to show the donors what’s been working.

“The key piece that makes this program successful is that it has such high potential for success,” she said. “Donors want to see their dollars work. They want measurement.”

Bell said after the second assessment is done, some of the key focus areas may change, but the goal will remain the same: The students need support.

And as Crook explained, when the students get support, teachers will have a more enjoyable work environment. Bell added that when the students get the help they need, they’ll be more focused and engaged, so behavior issues will decrease and teachers will get to exercise their passion rather than having to control a room all day. By helping the students, Bell said, supporters are also helping the teachers. The $5 million also includes offering a compassion fatigue program for teachers.

There’s a lot that Dr. Bell and the OKC Compact partners want to do to help the students and the staff to help the district have a more positive trajectory. She said she’s excited that OKCPS is ahead of the game on mental-health work and people are recognizing the district for such a positive program.

But implementing all the steps will take understanding by the community and raising the needed funds.

“Unfortunately, many of our kids are growing up in a traumatic environment and to think that they’re coming into our schools just to read, write and do arithmetic – they’re not,” Bell said. “We, as a community, have to start recognizing their basic needs and supporting the whole child through innovative partnerships like EmbraceOKC. I’m so proud of this work.”