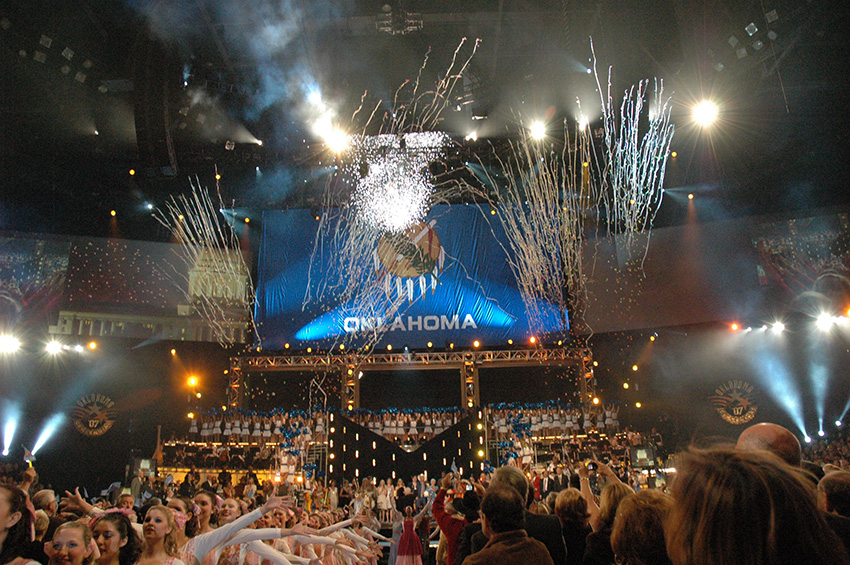 Of the 27 cities that experienced growth, 12 of them can be found in central Oklahoma—to be more specific, Oklahoma, Logan, Canadian, Cleveland, McClain, and/or Pottawatomie County. Furthermore, the growth rates in central Oklahoma boast some of the most significant statewide. Nine of these 12 cities saw significant growth either in the number of new people (300+) or percentage of population growth (2%+).

Of the central Oklahoma counties, Oklahoma County saw the highest number of people join its population from 2016-2017 with the addition of 4,988 people. The biggest factors aiding its success were Oklahoma City (+5,281 people) and Edmond (+759 people).

In terms of percentage of population increase, Canadian county saw by far the highest growth in central Oklahoma by getting a 2.49% increase (3,394 people). Piedmont, Yukon, and Mustang account for the most notable factors helping it reach such a rate, having gained 327, 490, and 430 people from 2016-2017 respectively.

The Chamber will take a deeper dive into these incredible growth numbers at the September Chamber Forum event. We’ll explore how growing demographic shifts across Oklahoma County are changing how and where people live, learn and work, and what it means for the future of Oklahoma City. Save the date for Wednesday, September 19, 11:30 a.m. to 1 p.m. at VAST. Learn more here.

For more detailed results, please refer to this graph. 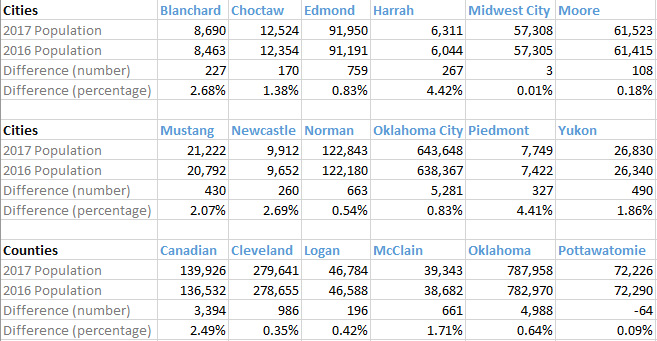