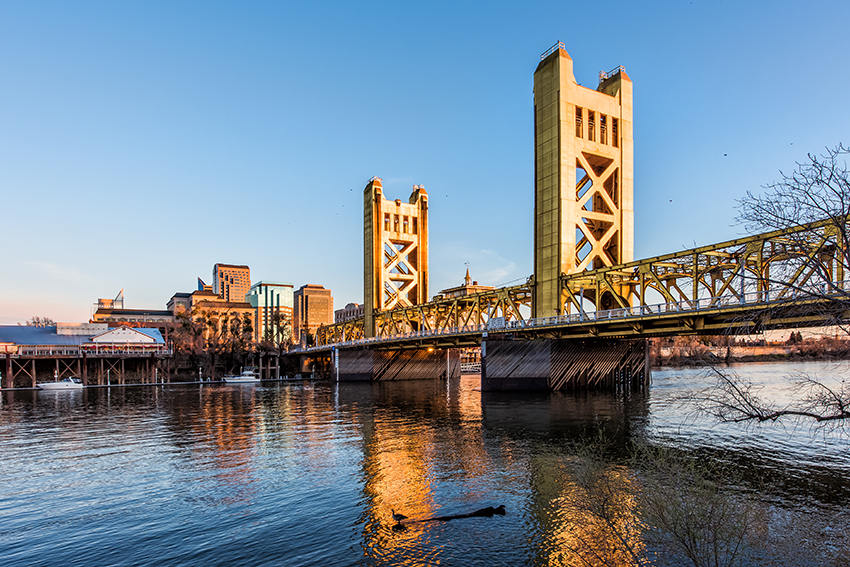 How can Oklahoma City ensure its continued success and ongoing development? That’s the question that Oklahoma City civic and business leaders asked themselves on a recent InterCity Visit to Sacramento, Calif., on Sept. 6-7. A delegation of more than 55 people traveled with the Greater Oklahoma City Chamber to learn about Sacramento’s best practices and how they might be a catalyst for growth in Oklahoma City.

Sacramento is the oldest incorporated city in California with a history dating back to the state’s Gold Rush Era. Like Oklahoma City, Sacramento is a state capital and has a significant agricultural heritage. Sacramento and Oklahoma City also share the ongoing need to improve education, recruit and retain 21st-century talent and address poverty.

Sacramento also boasts an affordable cost of living and lower business costs compared with the high-priced Bay Area. Its proximity to San Francisco and the Silicon Valley, alongside its considerable cost benefits, have allowed Sacramento to flourish and develop its own identity as a city on the move.

"I hope that you come away from your visit seeing this capital city as a city in the middle of an economic renaissance,” said Sacramento Mayor Darrell Steinberg. “That is exactly how we feel about where we stand right now."

But while the city is aspirational, it is not perfect. Steinberg called Sacramento’s current story the tale of two cities: one full of excitement about the tech industry, the area’s arts and culture and recent investments and the other experiencing pockets of extreme poverty and a lack of affordable housing.

“We are grappling with how to extend success to all people,” Steinberg said.

Alongside all of California, Sacramento faces the challenge of a growing homeless population. Under Steinberg’s leadership, Sacramento is addressing this intentionally and purposefully. They’ve partnered with the state of California to provide mental health outreach teams to increase mental health treatment, but Steinberg realizes that until there is more housing—both transitional and permanent—many people will not have a place to go.

Sacramento is getting creative to address the need for more affordable housing, including building tiny homes to serve as permanent dwellings. During his time as mayor, Steinberg is committed to getting 2,000 people off of the streets and into stability.

Sacramento also wants to be the center of an innovation economy. While its location near the tech-heavy economy of the Bay Area used to be seen as competition, Sacramento no longer sees San Francisco as a rival. Instead, the two cities consider themselves part of a mega-region that can attract and sustain companies in all stages of development. If a company can’t afford to exist in the Bay Area, Sacramento presents itself as an excellent alternative.

“People come here and they love living here,” Steinberg said. “I never left Sacramento because I knew from the very beginning that this is a special place. It’s smart, it’s inclusive and it has big dreams.”

While in Sacramento, Oklahoma City leaders learned more about the city’s efforts to rebrand itself as the farm-to-fork capital of the world, its ongoing use of professional sports teams as economic development drivers and the workforce development strategies of the region’s university and community college network. The trip to Sacramento is the Chamber’s 13th InterCity Visit, which allows attendees to explore best practices, tour new developments and hear detailed and candid discussions about peer-city successes. The Chamber has also led delegations to Austin, Texas; Charlotte, N.C.; Columbus, Ohio; Denver; Indianapolis; Kansas City, Mo.; Minneapolis; Nashville, Tenn.; Phoenix, Ariz.; and Salt Lake City.