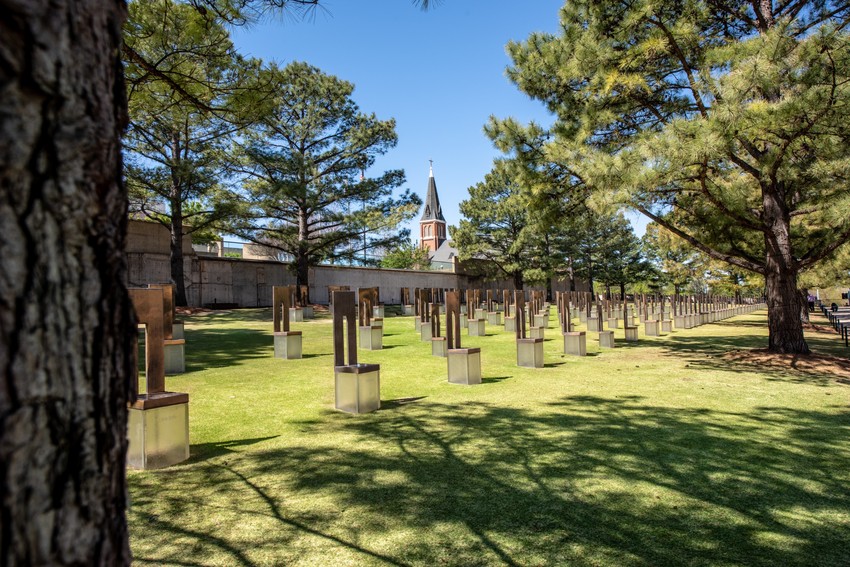 Plans have been juggled because of the outbreak of the coronavirus, but many observances remain in place as Oklahoma City prepares to recognize victims and survivors of the 1995 Alfred P. Murrah Federal Building. The bombing shocked the nation and remains the deadliest act of domestic terrorism in U.S. history.

The Oklahoma City National Memorial and Museum will still hold a Rememberence Ceremony on April 19, but it will look different than the live events of the past. The Memorial is producing an hour-long ceremony that includes the 168 seconds of silence and the reading of the names that will air on television stations in Oklahoma City and on the Memorial’s website and Facebook page. Other Oklahoma City organizations have also planned special events to commemorate the anniversary.

The Oklahoma City Ballet is working on rescheduling events to better coincide with the city’s remembrance of April 19, 1995, including one choreographed to songs by singer Vince Gill, a native of Greater Oklahoma City.

Gill has given his blessing and use of his songs “Oklahoma Borderline,” “Go Rest High on That Mountain,” “Hey God,” “When Love Finds You,” and “The Sun is Gonna Shine on You,” according to Mills.

The ballet and the Oklahoma City Repertory Theatre presentation of “The Oklahoma City Project,” a reading in which actors recite the writings of survivors, first responders and family members of victims, are currently still scheduled despite concerns about the spreading coronavirus, according to spokesmen for the two organizations.

Other commemorations this year include the NBA’s Oklahoma City Thunder providing free admission once monthly to the museum and wearing special uniforms at some games. The Thunder also presented families of the victims with a medallion depicting the survivor tree, a scarred American elm that withstood the blast, and replicas of uniform jerseys with the names of the victims on the back and the number 95, for the year the bombing occurred.

This article originally appeared in the April 2020 edition of The Point.