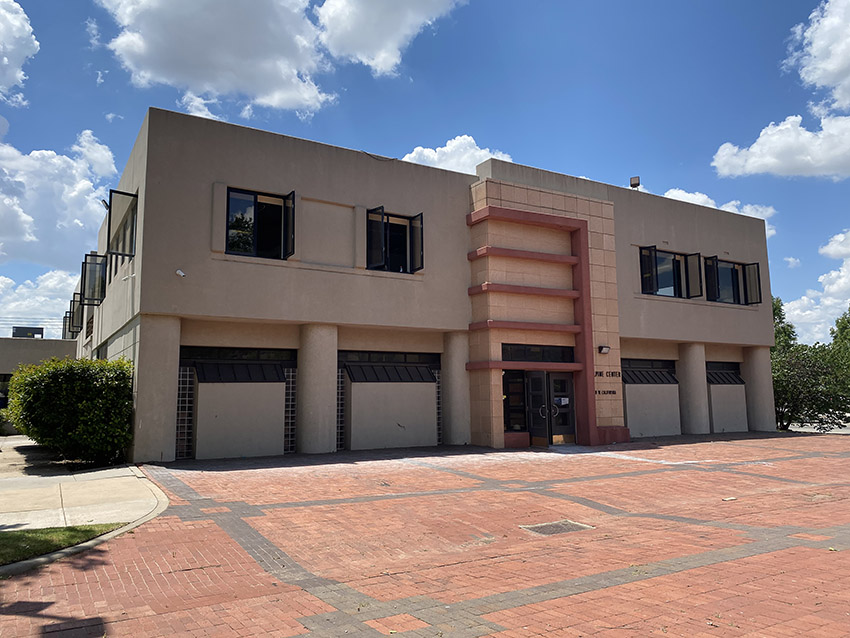 Nathaniel Harding doesn’t have a child in middle school, but he wants to make sure John Rex Charter School has a top-notch facility as the campus adds more grades.

Harding is the board chairman for the school and is leading the capital campaign to raise the remaining $400,000 needed to renovate the McAlpine Center, 428 W. California Ave. The $1.2 million project has already been backed by the Inasmuch Foundation and the family of Mr. John Rex.

Harding said he thinks the campaign will appeal to people who aren’t directly involved in the school.

“There are a lot of people in our community that recognize the important role that John Rex plays in downtown’s development,” he said. “I hear all the time about how people are moving downtown because they have more options for quality education.”

The McAlpine Center will house sixth, seventh and eighth grades. But if the money gets raised, then the adjacent garage can be renovated to house fifth grade, freeing up space at the main building. It will also offer art and music classrooms for all grade levels. 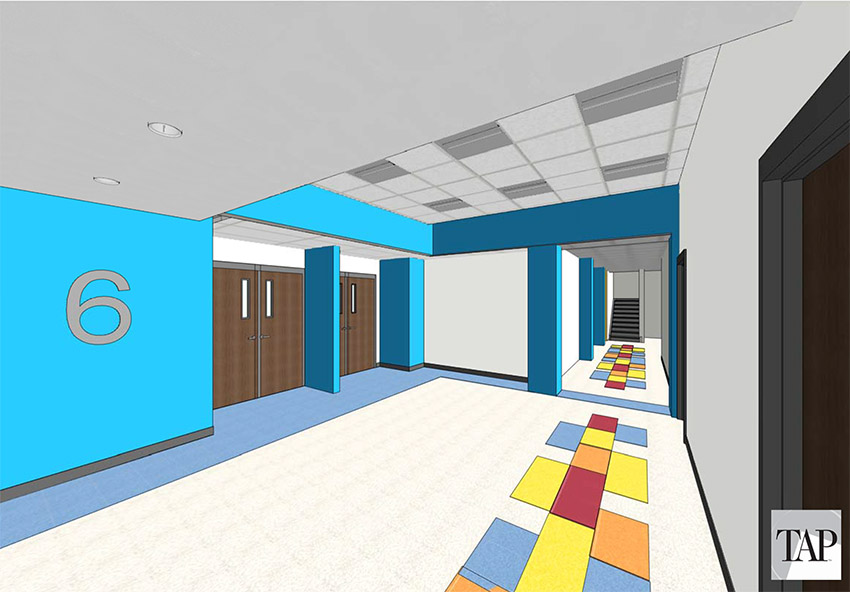 A rendering of the sixth grade corridor at the McAlpine Center.

The school has added a grade level every year since it opened in August 2014. During the 2019-2020 school year, seventh grade was added. When school resumes in August, eighth graders will be attending. While the school temporarily moved into Myriad Gardens, there wasn’t enough room for more grade levels, which each have about 70 students.

John Rex’s Secondary School Director Patrick Duffy said when the administration started looking for a space, it considered several options. But the 15,000-square-foot McAlpine Center made the most sense. It was being leased by the Arts Council of Oklahoma City. By comparison, John Rex measures 80,000 square feet.

Elementary School Director Heather Zacarias said she’s excited that the school will get to contribute to the movement of continuing to improve downtown.

“We’re restoring a historic building in downtown Oklahoma City,” she said. “Once we take down the interior walls, the space will open up and our students will have a 360-degree view of downtown.” 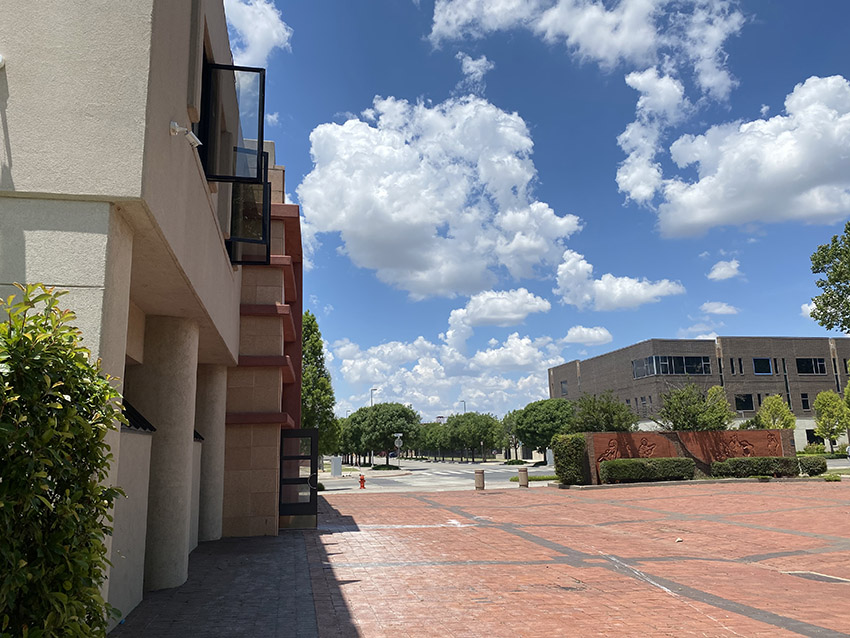 The McAlpine Center is across the street from John Rex Charter Elementary school.

TAP Architecture’s Anthony McDermid and Allison Fredrickson designed the renovations at the center. The building is owned by the City of Oklahoma City. The exterior will remain the same with the work focused on turning the space into the open concept, tech-centric learning environment seen at John Rex.

Inside the building, McDermid said the updates are two-fold. Interior walls are being adjusted to create the same atmosphere experienced at John Rex. There have also been several upgrades, such as a new fire suppression system, elevator updates and making sure the two floors are accessible for all students.

“Most of what we did was selective demolition,” McDermid said. “We did what we needed to achieve larger spaces.”

Frederickson was in charge of the interior finishes. She said most of the carpet and terrazzo floors were in good shape, so they remained in place. New durable vinyl composite floors are being installed in the main corridors to accommodate the higher foot traffic.

The second level will have all new floors and the bathrooms are being renovated as well. 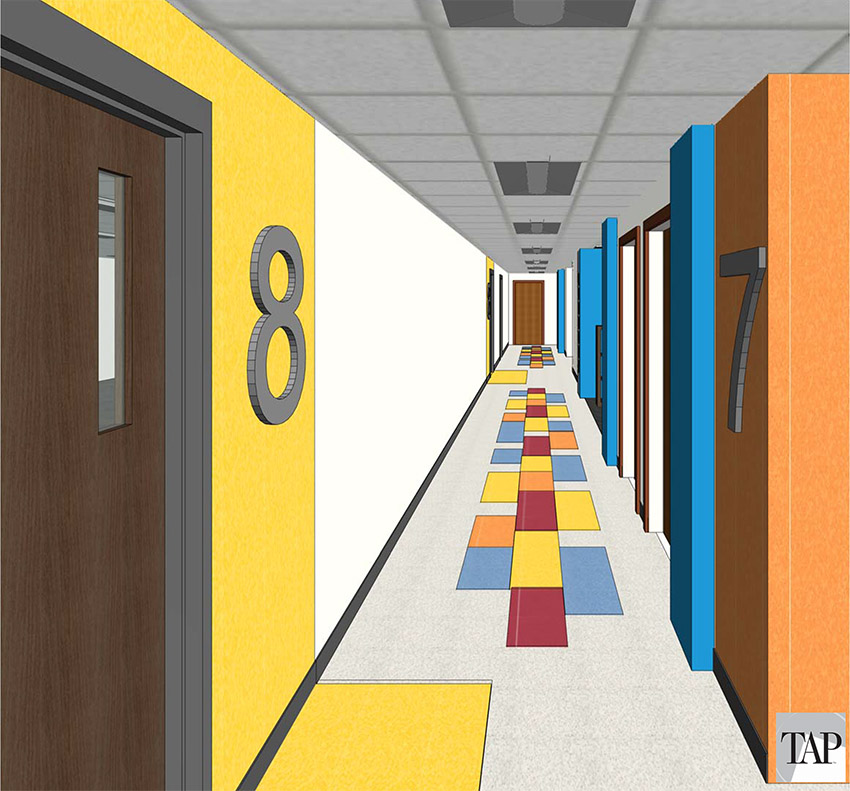 Seventh and eighth graders will soon see the real version of this hall when the McAlpine Center welcomes students in August.

With older students being in the building, Frederickson used the same bright color palette seen throughout John Rex, but scaled it back.

Construction is underway at the space and is expected to be finished in July. But the school would like the work to keep going so it can finish out the 3,000-square-foot garage and shift the fifth graders to the building. The move would free up space in the elementary school and allow for more students to enroll, said Zacarias.

“If fifth grade moves into the McAlpine, we'll have three more classrooms in the main building,” she said. “This means we'll have more space for our current students and we can open up additional spots for students on the waitlist.”

There are several ways for people to contribute to the capital campaign. Bricks are planned to be installed on the sidewalk on Sheridan Avenue. Each brick cost $150.

There are also naming rights to rooms available. Harding said he and other community members would like to name a room after the late Phil Horning. When he served on the Oklahoma City Public School Board, Horning was an advocate for starting John Rex.

Harding said he’s hopeful that the community will step up and back the school’s continued growth because it’s important to downtown’s ongoing success.

“There are a lot of reasons to have a successful school in downtown,” he said. “With the John Rex students being engaged so early in our city and creating positive memories – such as walking to the Norick library during class or for my girls, riding their bikes with me to school – I’m excited to see what they’ll do when they get older. If we can complete this expansion, we’ll be able to bring those types of interactions to more students.”