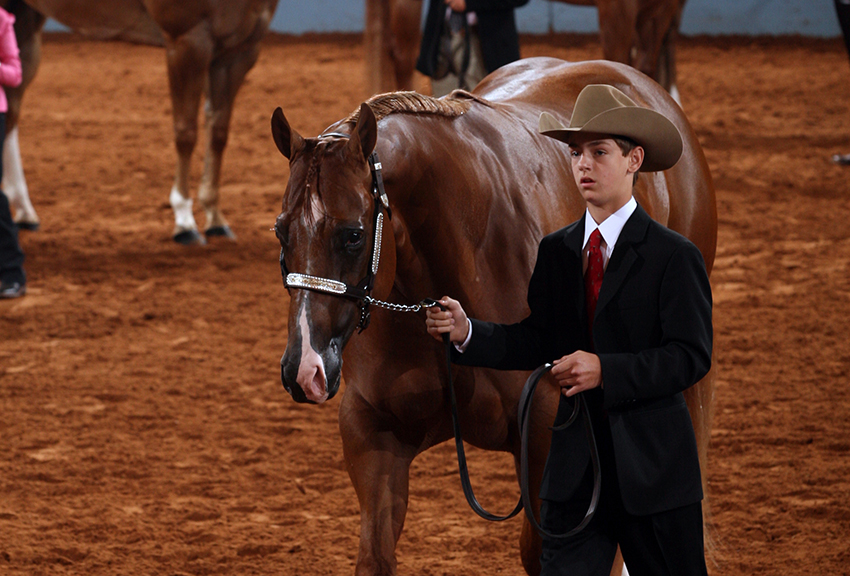 While the west side of downtown is becoming a popular place, the west side of the city has been a destination for decades, with the OKC Fairgrounds as the site for several annual national and international equine events.

“Our ability to repeatedly host equine events in Oklahoma City is a pillar of the Oklahoma City hospitality industry,” said Natalie Shirley, vice chair of convention and visitor development for the Greater Oklahoma City Chamber and president and CEO of the National Cowboy & Western Heritage Museum. “The economic impact of horse shows in Oklahoma City is one of the many reasons that tourism is the third-largest industry in our region.”

The shows bring in an average of 836,000 people annually, with those visitors spending in excess of $180 million on hotel rooms, restaurants, and in local stores.

Carrier said the visitors that come with those shows are the third-highest generator of hotel room nights, following leisure and corporate travelers.

But getting to be the “Horse Show Capital of the World” has required some work by the city, which owns the fairgrounds. In 2004, Oklahoma City residents voted to increase the hotel tax to finance a bond that paid for upgrades and continuous improvements to OKC fairgrounds’ equine and livestock facilities.

In the last several years, the city has invested about $135 million into the fairgrounds to help keep the property competitive with the market and visitors’ expectations.

Those updates are made with the equine industry in mind, which helps the city stay competitive in terms of hosting the shows. Carrier said the city and the grounds’ management company, State Fair Park, Inc., meet with organizers of the major equine associations to discuss what facility upgrades they would like to see.

“Other places build the facilities and hope they can use them,” said Carrier. “We don’t do it that way. We actually listen to and connect the horse show people with our architects to make sure we get it right for what they need.”

The need that’s been at the forefront has been a new coliseum on the fairgrounds. The Jim Norick Arena first opened in 1965 and issues started to arise with the building in 2010. State Fair Park, Inc. considered updating the building, but the building has outlived its useful life.

Keeping the 1960s-era arena operating and safe has cost about $8.4 million over the last 11 years. There has been $1.1 million spent on keeping the roof sealed and another $7.3 million infrastructure, such as meeting compliance with the Americans with Disabilities Act, lighting, seating, the scoreboard and the sound system.

State Fair Park Marketing and Sales Director Scott Munz said for the  equine events, Norick Arena is used as a home for their final performance. But after those competitors have gone through all the new facilities on the grounds, the most prestigious part of their event is held in the oldest building.

There is a plan to bring a new coliseum to the fairgrounds in the MAPS 4 budget. The budget has $63 million slated for the coliseum.

Carrier said that’s a small price for voters to pay to keep $200 million a year in business coming to Oklahoma City. He said other Midwestern cities are already building new venues in an effort to get the shows that are here annually, such as Fort Worth, Texas and Denver.

He said if the coliseum isn’t built, and the horse shows leave, then the city will have to come up with another way to place the nearly $200 million that it’s seen in direct spending from the equine events.

“We’re the envy of the equine world with the improvements we made to the property as a whole,” said Munz. “Everyone is looking at us and wondering how they can steal some of our business.”