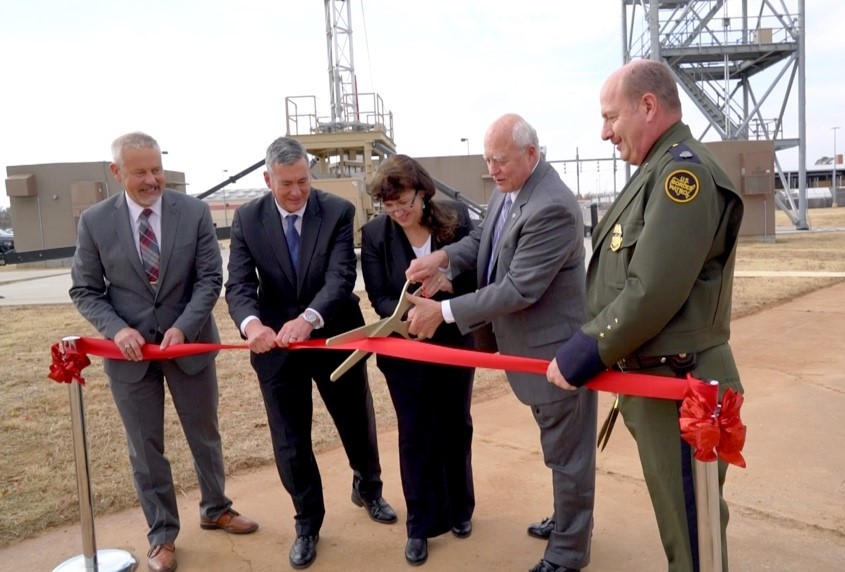 Neither high winds nor the threat of rain could deter special guests from celebrating the growing partnership between the Federal Aviation Administration (FAA) and the FAA Logistics Center’s ten-year collaboration with the U.S. Department of Homeland Security’s Customs and Border Protection (CBP). The ribbon-cutting event was to celebrate the commissioning of an Enterprise Test Bed for CBP. For over ten years the two organizations have had an Interagency Agreement in place which allows the FAALC and FAA Academy to provide essential logistics, engineering and training support to CBP. In return, the FAALC is able to offset fixed costs of operations providing a working model of government efficiency at its finest. 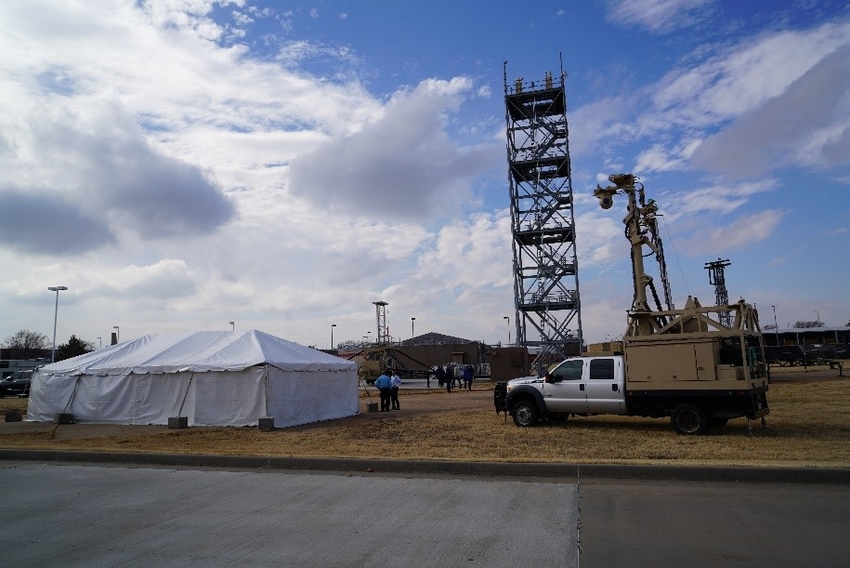 Randy Burke, Director of the FAA Logistics Center kicked off the ceremony with his quick-witted humor as the 20 mph winds had papers flying, tents flapping, even at times blowing down the stanchions containing the bright red ribbon to be cut. "This partnership all started when a former FAA employee eventually went to work for the Department of Homeland Security. He was able to bring together the needs of Customs and Border Protection with the capabilities of the FAA’s Logistics Center. Benefits of the collaboration helped to spread costs, ultimately reducing costs to the taxpayer. This type of government cooperation needs to be tallied as a good example," explains Burke. 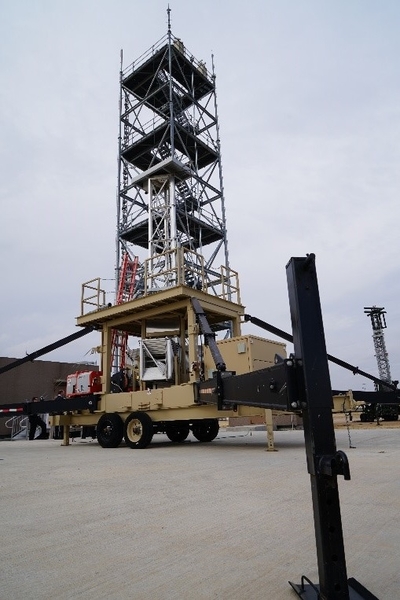 Nearly 75 people turned out for this special occasion. Michelle Coppedge, Director of the Mike Monroney Aeronautical Center provided opening remarks. Coppedge stated, "We have a lot of people who perform a host of critical missions for the United States, here at the Aeronautical Center, and one that we are particularly proud of is our partnership with Customs and Border Protection. This Enterprise Test Bed represents a substantial infrastructure investment that will provide the CBP with a platform on which improvements to the Remote Video Surveillance System (RVSS) Legacy, RVSS Upgrade, Northern Border and future systems can be developed and tested prior to implementation in the field."

The partnership between the FAA and Customs and Border Protection takes advantage of FAALC and Academy expertise through their support of unique CBP surveillance capabilities among mobile and fixed surveillance towers and vehicles. This Enterprise Test Bed will communicate with another tower that was constructed at CBP’s Air and Marine Training Center located miles away from the Aeronautical Center. This arrangement simulates how the towers actually communicate on the border. CBP also uses the Air and Marine tower for rappelling training. As the scope of CBP’s surveillance systems continues to grow, the FAA is certainly up to the challenge of providing essential support, not only in maintaining our nation’s security but by providing collaboration that benefits everyone; most importantly the American taxpayer.

See more photos and the original article at https://www.esc.gov/MONRONeYnews/archive/Vol_5/CB/08_4.asp.