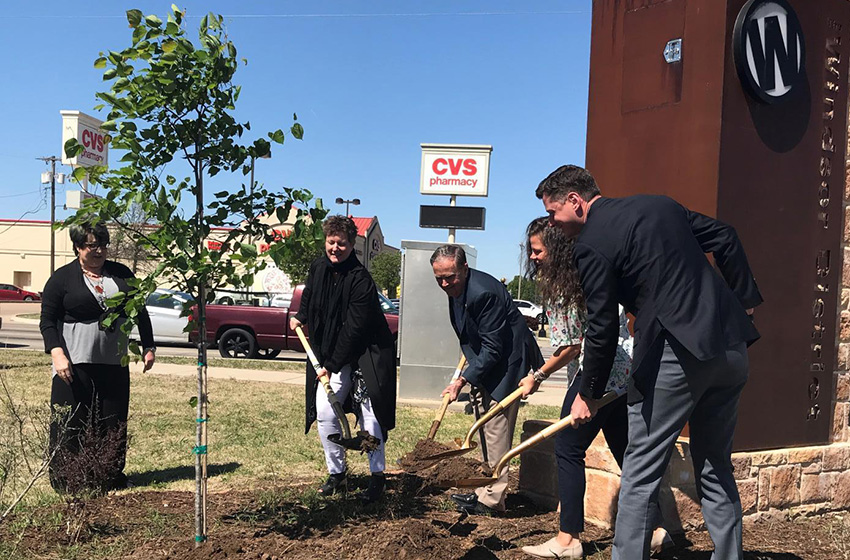 Mayor David Holt and other civic leaders officially cut the ribbon Friday on the new streetscape in the Windsor District, a re-emerging retail and entertainment district in west Oklahoma City.

“These improvements play an important role in the continuing success of the Windsor District,” said Mayor Holt. “This area along NW 23rd has a rich history in our city. It is already a fully developed neighborhood with restaurants, grocery stores, businesses and housing, but we want it to continue to thrive and we want it to continue to be a destination neighborhood in our city.”

The $13 million project was funded by the 2007 bond program. It funded improved and repaved intersections, new and reconstructed sidewalks, improved decorative lighting, median beautification and more along NW 23rd Street between Interstate 44 and the Bethany city limit.

See the release on OKC.gov.