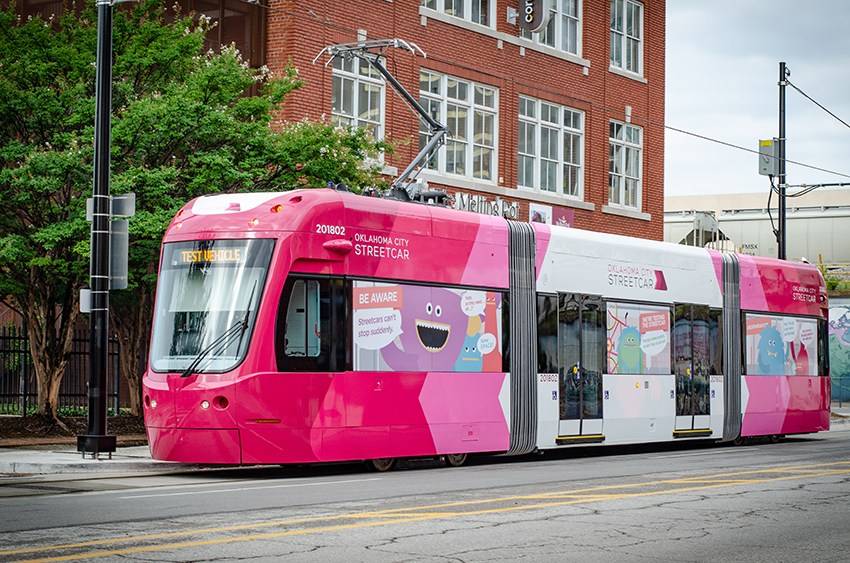 “Historically, the Greater Oklahoma City Chamber has always taken the position that it is critical to measure the success of MAPS projects to better understand the impact to the community,” said Roy Williams, Chamber president & CEO. “There can be a number of ways to measure the success of a streetcar including usage and ridership, improved access to downtown amenities, quality of life and enhanced visitor perception of our community.  It is also vital to understand the investment and economic development that takes place along the route.  The Greater Oklahoma City Chamber partnered with RegionTrack, a local economic forecasting and analysis firm, to work with us to track that investment.”

Williams noted that the downtown streetcar is a key and unique project within MAPS 3 for many reasons.  The project is considered to be an important economic development tool for future investment in Downtown Oklahoma City; it is a significant project that sets the stage for future regional transit discussions throughout all of central Oklahoma; it improves the overall walkability of downtown and encourages linkages to a number of different districts; and, already there are discussions on how additional routes might enhance development opportunities in other parts of downtown and throughout the city.

Some of the key takeaways from the study include:

“While we recognize there are many reasons companies and individuals make investment decisions, it is undeniable that the streetcar has had a positive impact on downtown investment decisions and will continue to do so in the future,” Williams added. “Businesses and developers see the short- and long-term benefits of being located in close proximity to this incredible downtown asset.  Tracking that investment over time will be a valuable tool for future development.”