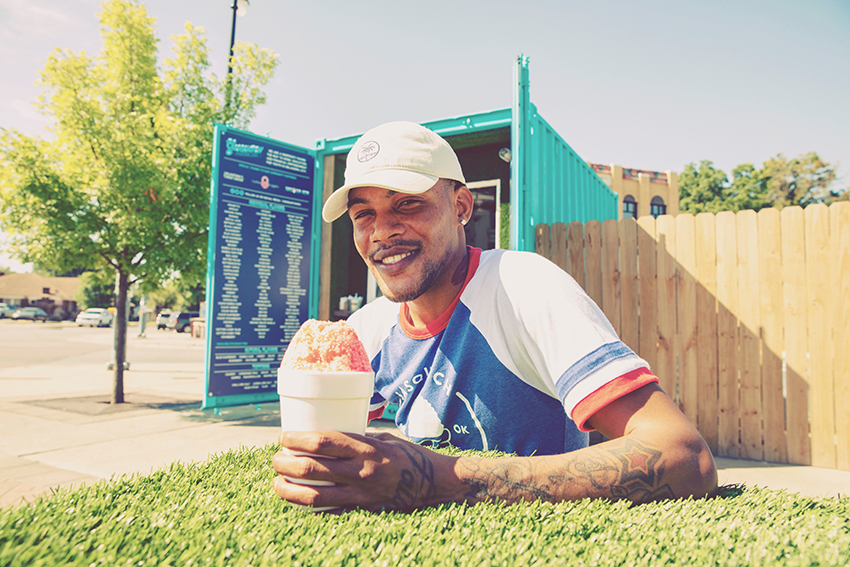 In the pantheon of perfect combinations, right between peanut butter & jelly and milk & cookies, there it is: summer and snow cones. Can you really say you’ve experienced any given summer without indulging in at least one snow cone? Lucky for OKC, we have one of the best snow cone operations a person could want: Sasquatch Shaved Ice. Like the Curbside Chronicle, Sasquatch is run by the Homeless Alliance.

But Sasquatch isn’t just your ordinary snow cone stand, because aside from having a massive array of flavors (112, specifically. They’re listed on their website), Sasquatch provides employment for low-income teens and transition-aged youth.

Sasquatch is like an icy beacon of hope not just for snow cone lovers in the Plaza District, but for its employees as well. Soon, the delicious snow cones will be available anywhere, with a mobile stand launching this year. 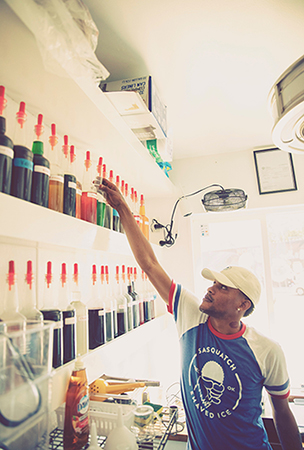 “(My husband Whitley O’Connor and I) started Sasquatch Shaved Ice because we believe in the potential of youth and want to be a part of breaking the cycle of poverty for young adults across OKC!” said Ranya Forgotson, director of the Curbside Chronicle.

Within its first two seasons, Sasquatch hired 14 low-income/transition-aged youths who got more than $25,000 in wages. Further benefits include job skills training, college prep and a checking and savings account with Oklahoma Credit Union, where they can also participate in a financial literacy class.

Forgotson said the services the snow cone stand provides its young employees help set it apart from other frozen-treat operations. She mentioned a young man, Bryan, who is transitioning back into housing because of his work at the stand.

“Bryan is a young adult currently experiencing homelessness at Salvation Army in OKC,” says Forgotson, “In addition to employment with the stand, we are also working with him on a housing plan -- this is what sets us apart from other traditional snow cone stands. We work with our employees on achieving their employment, education, and residential goals."

To learn more about Sasquatch Shaved Ice, including how to donate to the program, visit SasquatchShavedIce.org.