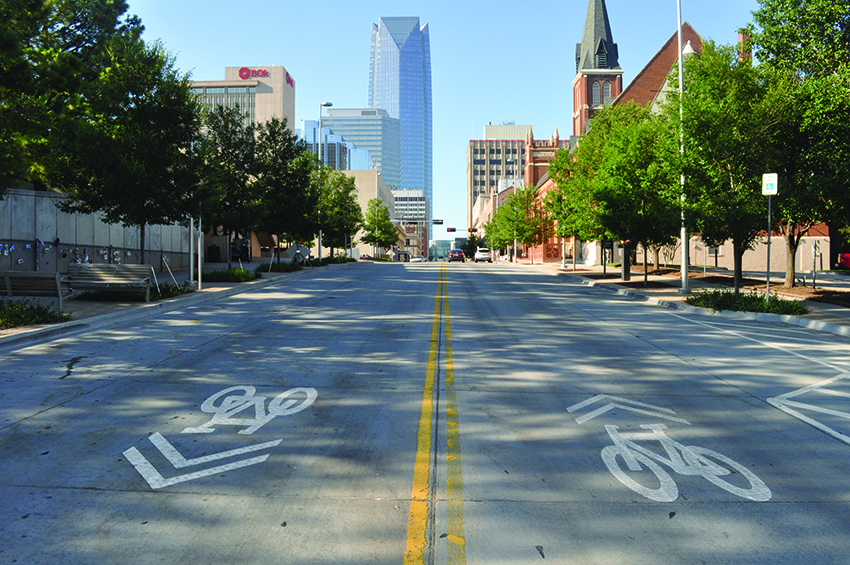 The city continues to make progress on resurfacing roads, building sidewalks and bike lanes, and adding to the trail system. Within the 10-year bond package, the city also plans to fund larger projects such as an expansion at the USA Softball Hall of Fame Stadium and building new club houses at three of the city’s golf courses.

But most residents’ top priority is improving streets and that work has been going well, said Eric Wenger, public works director.

“The contractors are making excellent progress,” he said. “This is an ongoing program that will take several years.”

While Wenger is overseeing the work, he’s not the decision-maker on which streets get resurfaced next. That task has been left to the City Council and an advisory board, made of residents from very city ward.

“This has been very much a community outreach type program,” he said.

Between the bond and the sales-tax package, the city will invest nearly $800 million in its streets, traffic infrastructure, trails and sidewalks along streets.

Wenger said the city has a more coordinated approach to these updates, with work being approved far ahead of when it actually starts, so as soon as the contractors are done, then they can start on the next piece. At a recent City Council meeting, several contracts were approved by the city council, each worth about $6 million.

The work doesn’t start immediately, but this means the contractors are ready to go.

“That’s why you’re seeing the road closures announced then the work starting immediately,” he said.

On projects where the work needs to be wrapped up as soon as possible, contractors are offered incentives to meet the deadline. There’s also coordination between the resurfacing and bike lane projects, putting the two needs into one project, which decreases how long the street will be closed for the work.

The surface materials are the most modern they can be, Wenger said. While asphalt doesn’t change, the mixture is the best currently known to endure wear and tear on a street. It’s the same mixture used by the Oklahoma Department of Transportation.

Using the best-known material is important because the city has a lot of street surface to maintain. In total, there are 3,500 miles of streets on which Oklahoma City’s crews work. Arterial streets have about a 15- to 20-year lifespan, while neighborhood streets can be higher.

“Not every street will get a new surface,” he said. “But the city remains committed to making sure the quality of city streets is improved. That’s the number one concern we hear in our resident surveys.”

The work isn’t without its reward, though. Wenger said his department gets positive emails from neighborhoods when the street has a new surface. And, “there’s still a lot of resurfacing to go,” he said.

Residents can keep up with the work by visiting okc.gov/bettersafer where there’s a live map with updates. There’s also a list of completed projects and what’s coming next.