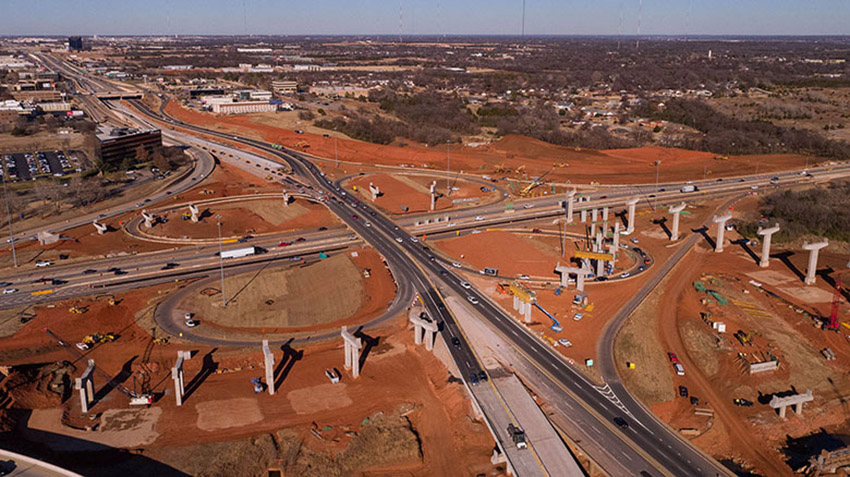 The piers for the new bridges are already in place.

The I-235/I-44 Off Broadway project in Oklahoma City is ready for an encore of full weekend closures starting Friday, Jan. 31. The closure is to allow the contractor to safely hang new bridge beams over the interstate. This will be the first of up-to five full interstate closures this year for the up-to $105 million interchange reconstruction.

Originally scheduled for this weekend, the project in will push its first full weekend closure of 2020 into early February due to weather concerns and to allow more time for bridge beam deliveries on site.

Initially, the contractor had hoped to hang new bridge beams across I-235 between N. 36th St. and N. 63rd St. this weekend. This work cannot be done with traffic on the interstate due to safety concerns. With rain shutting down work Wednesday and possibly impacting work Thursday while the site dries out, critical preparations for the closure likely will not be completed in time.

Northbound and southbound I-235 will be closed between N. 50th St. and N. 63rd St. on Jan. 31. The closure will begin at 7 p.m. Friday after the evening rush-hour and the interstate is expected to reopen no later than  6 a.m. Monday. The project is weather permitting, though there's a possibility the roads could open sooner if the work is finished.

Motorists also can expect the following ramp closures during this period: 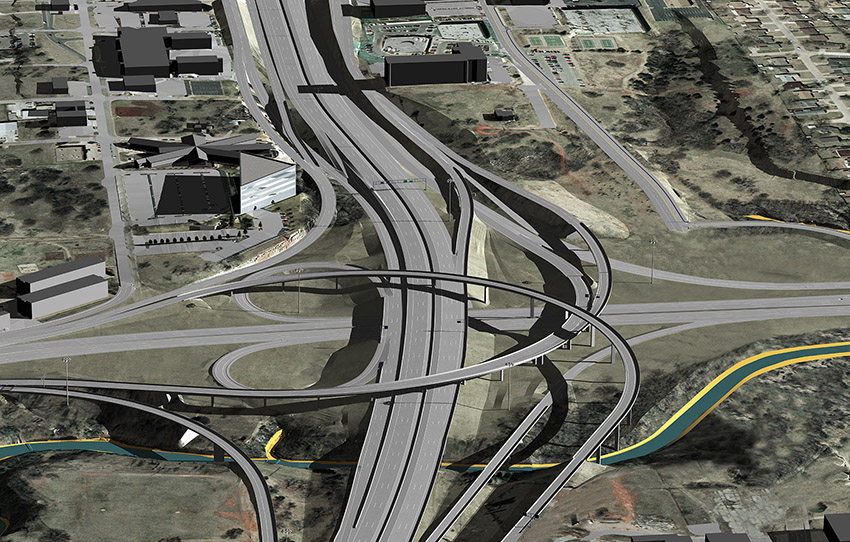 The bridges in the rendering will be hung when the intersection is closed.

I-235/US-77 will reopen to two lanes of travel in each direction, but the corridor remains narrow with little room to maneuver. Additional lane closures and traffic shifts will continue to occur throughout 2020 as lanes are added and the construction contract allows up to four additional complete interstate closures for a weekend each time. Those closures will be announced as information becomes available.

Motorists are reminded to stay Off Broadway for the duration of the project, if possible, and use alternate routes such as I-35, I-40, SH-74/Lake Hefner Parkway, Lincoln Blvd. and Martin Luther King Ave.

The expansion project started in the summer of 2019, though it's been on the radar of the Oklahoma Department of Transportation for several years. It was the single largest dollar-amount contract in state history at the time it was awarded.

When it's finished, I-235 will be widened to six lanes, plus acceleration/deceleration lanes between N. 50th Street and NW 63rd Street.

“We have about 50 people working on the I-235/I-44 project at any given time,” said Terri Angier, spokeswoman for ODOT. “So this has been huge for employment. We also have about $3 million we’re offering in incentives to encourage the contractors to finish early. We’re asking for everyone’s patience on this. When it’s all said and done, it will have been about seven phases to widen and reconstruct the interchange. Then, we’ll give the whole interchange a bow on it and we can drive it for years to come.”

Read more about the project and ODOt's Eight-year PLAn

Stay tuned to http://www.odot.org and to the department's Twitter @OKDOT and Facebook page for updated lane closure information as the project progresses.