Jim Couch reflects on his time as OKC city manager 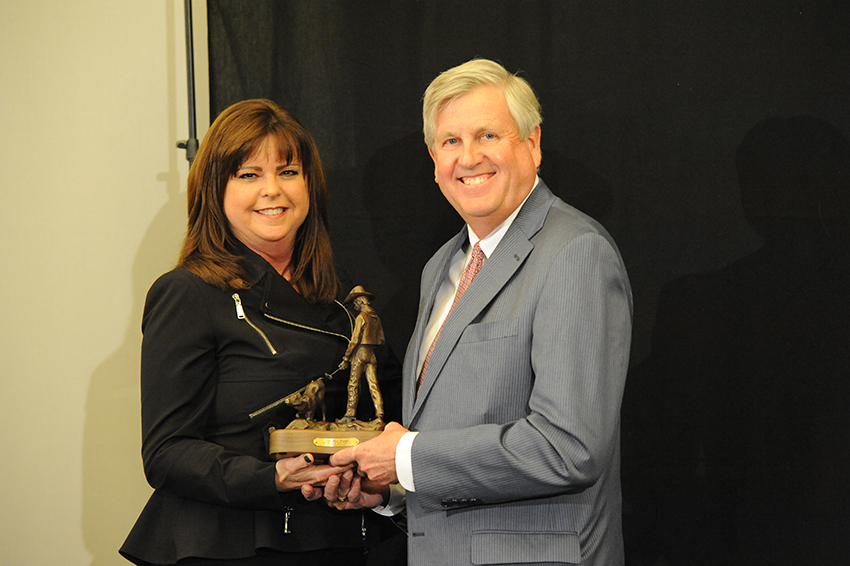 In his 18 years as city manager of Oklahoma City, Jim Couch has had a unique impact and perspective on Oklahoma City’s renaissance. Recently, VeloCityOKC staff sat down with Couch to reflect on his critical role in Oklahoma City’s growth and his advice for the next generation of leaders.

VeloCity: What do you think sets Oklahoma City apart from other places in the United States?

Jim Couch: I think it's because you can get engaged here. It's a very small, large city where people are connected. New people can get engaged pretty quickly and are generally pretty welcomed. Just take a look around at the Chamber organization. How long has Sean Trauschke been here? Not very long. Percy Kirk has been here 10 years and he's now the chair of the Chamber. Dave Lopez was here three years before he was chair of the Chamber back in the late ‘90s. It's amazing how people are embraced. That’s a culture you won't find in all cities, especially where there's old money. It just doesn't run that way.

In your 31 years working for the City of Oklahoma City, including 18 as city manager, you have an up-close-and-personal view of MAPS. How would you describe, from your perspective, the impact that the MAPS program had on Oklahoma City?

There's a lot of things that have changed Oklahoma City from where it was back in the '80s. When the Penn Square Bank failure happened, this place was pretty desolate because oil prices dropped drastically compounded with the banks failing. It was a pretty dire situation in the late '80s.

[Former Oklahoma City Mayor] Ron Norick was trying to fix it with economic development incentives and that didn't work. We decided we needed to upgrade the quality of life and started with the first MAPS program and it has continued on to today. The first MAPS program had some ups and downs. For a period of time, people weren't seeing the progress that they expected. MAPS is a little different because you don't have the money up front. So you've got to bank the money until you have enough to do a new project. It takes a little while, and MAPS 3 is no different from MAPS 1. When you're doing a $288 million convention center, and $132 million park or $135 million streetcar, it takes a while to bank that money. People now understand and have become more forgiving and more understanding of the process but they weren't in the late '90s.

Other than the MAPS projects, what other project or development from your time as city manager has had the biggest impact on Oklahoma City?

There's two that are honestly really hard not to address. One is obviously bringing the NBA to Oklahoma City and having the Hornets here for two years. We proved we could do it and that set the stage for getting the Thunder moved here. That has done a lot for us, I believe. It's done a lot for our self-image, our national image and our international image. I think we feel better about ourselves.

The other thing that’s had an impact—and it hasn't shown dividends yet—is securing water for generations and generations of Oklahoma City residents, particularly with procuring the water storage rights of Lake Sardis and the well rights of Lake Sardis. This generational water will take care of us for a long time and a lot of other cities are struggling with that. It does affect the quality of life. It really affects how they can develop and what activities they can promote. I think we're ahead of the curve on that. It's something that people take for granted.

What do you think the biggest challenge has been that you've faced as city manager?

I think the real challenge is that you can't do it all. There's a lot of people that have a lot of good ideas. We're not short on good ideas. You just can't do them all. You have to make choices.

So how do you decide? How do you make those choices?

That's the public policy part of it. You've got to frame the issues that you think are important. The real issue is we've got limited resources and picking the projects that we can get the most out of is what's difficult because there are a lot of good ideas that we just can't fund.

If you had to pick one moment from your time as city manager that you felt had the biggest impact on the future of Oklahoma City, what moment would that be?

One of the things we did that I think is really significant is when we passed the general obligation bonds in 2007. That gave us some opportunity to provide some economic incentives to help bring in companies to Oklahoma City. I'm convinced that Boeing wouldn't be here to the level they're at without them, the Tinker expansions we've accomplished might not have happened, and we wouldn't have the GE Research Center without the money to bring in some of those new innovative jobs. I think we've really administered them very well.

What's one thing you wish more people knew about the staff and operations of the City of Oklahoma City?

One of the things I think we take for granted is the civility we have at city council meetings. We're nonpartisan, and we're not like the state or the federal government. We sit down, and we have reasonable discussions with no theatrics involved. There's nobody playing for the cameras. We're just trying to come up with solutions. We can have civil debates about what the issues are, and not that we agree on everything, but being nonpartisan, we don't have sides on an issue. There aren't blocks on city council. We work to do things progressively and civilly.

If you're looking back over your career in city government, what's the biggest lesson that you've learned?

I think it's that most people sincerely believe they are right. When they're taking a position, they think it's right. People want to be heard, listened to and respected. Every voice thinks their position is legitimate, and we need to be respectful of that.

What’s your perspective on the Chamber and the business community? What role has it played during your time as city manager?

I think we have a unique relationship between city government and the Chamber here. First of all, our Chamber is a very strong Chamber. When you take a look at the leadership of the Chamber, it's a leadership of community. It has an incredibly strong list of chairmen that goes back for generations and generations. The respect that the Chamber has for the city and that the city has for the Chamber is something you would think all cities would have, but they don't. Ours is different. A lot of our progress is due to the mutual respect and collaboration. That's unique.

What lesson would you share with people who work in city government?

They need to cherish the citizen confidence that we've garnered. It's hard to build and easy to lose. We should always be focused on that.