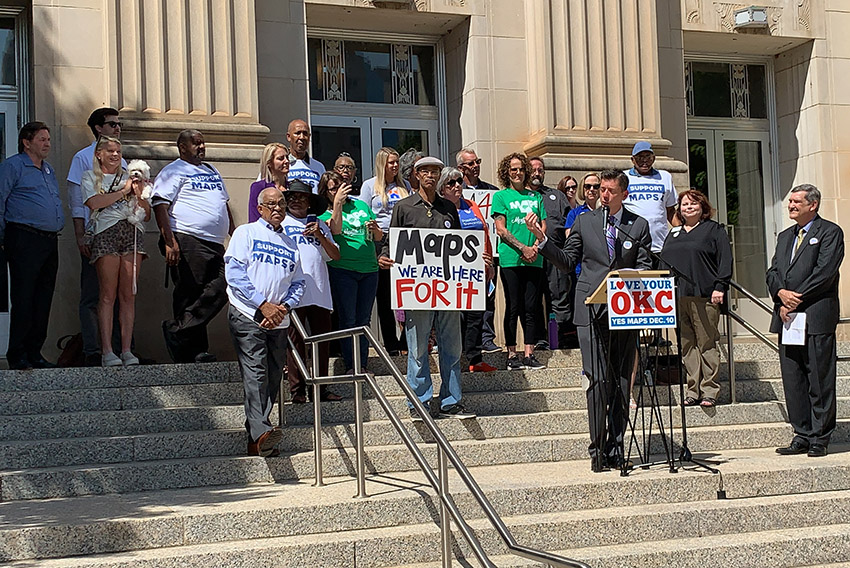 Oklahoma City Mayor David Holt and Campaign Co-Chair Percy Kirk today announced the formation of the “Love Your OKC Coalition.” The Coalition will campaign in support of the upcoming MAPS 4 initiative to be voted on Tuesday, Dec. 10, 2019.

“MAPS 4 unleashes the power of MAPS into our neighborhoods and into our daily lives, while increasing our quality of life and growing our economy,” said Mayor Holt. “This package meets a broad spectrum of needs and is an amazing opportunity to propel our city forward, continue our momentum, and extend our renaissance to all residents.”

After months of community meetings, idea presentations, website, email and social media suggestions and more, the conversation about what MAPS 4 might look like eventually centered around 16 projects that meet four main identified needs: neighborhood needs, human needs, quality of life and jobs.

“Previous MAPS programs have been called some of the most successful and innovative tools ever developed by a city,” said Kirk “We have seen MAPS strengthen Oklahoma City and create an environment of growth. MAPS 4 will keep the momentum going and extend the scope of community enhancements and capital projects.”

Similar to previous MAPS programs, a Citizen Advisory Board will provide oversight for the implementation of MAPS 4, with the board having a similar structure as the MAPS 3 Citizens Advisory Board.

Voters can get involved, find more information and make a donation to the “Love Your OKC” campaign at www.LoveYourOKC.com