MAPS 3 Citizens Advisory Board Chair McDaniel: 'It's been a very satisfying experience' 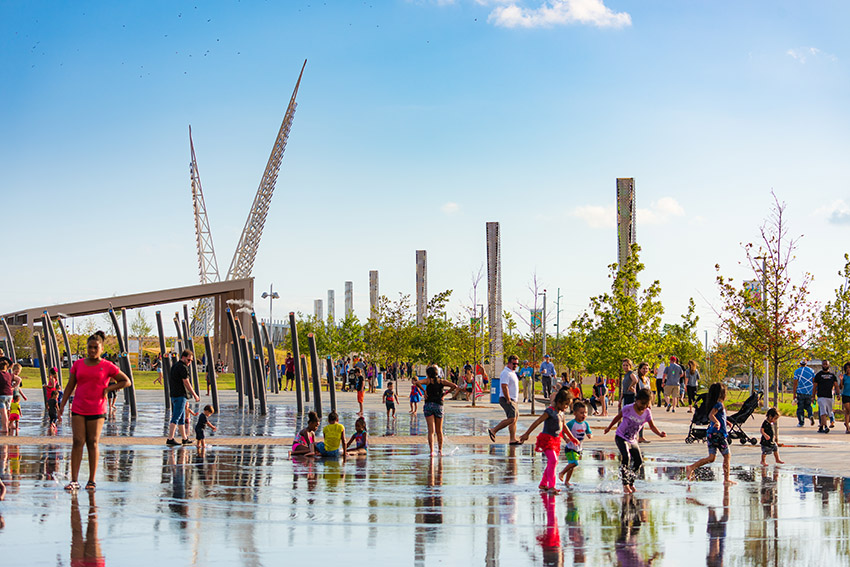 Children play in the MAPS 3-backed Scissortail Park, which opened in September.

When Oklahoma City residents voted on the third rendition of the Metropolitan Area Projects in 2009, they knew it would be years before the first item started coming out of the ground. Like the MAPS initiatives before it, the projects aren’t built until the money is available.

MAPS 3 construction started in 2012 and is expected to continue into 2021.

As the projects come to life, the Citizens Advisory Board (CAB) keeps a watchful eye over the work, from where each item will be built to construction bids, and other details that follow.

Tom McDaniel has chaired the CAB for MAPS 3 since its inception in 2010. He was asked to lead by former Mayor Mick Cornett, who set up the structure a few months after MAPS 3 was approved.

McDaniel said the appointment came at a good time, as he was retiring from being the president of Oklahoma City University and was looking for a way to help the city.

“I was very excited about the direction our city was going,” he said. “I have three children and five grandchildren so I wanted to do something to help.”

The board has 11 members. Each of the eight council wards nominate a resident to serve. There are two at-large positions, including McDaniel’s, and a spot reserved for a city council representative, which rotates annually. Board members are appointed to three-year terms with the appointments staggered so that some positions expire and are eligible for re-appointment each year.  There are no term limits; however, board members may be removed at any time.

McDaniel said this structure has been helpful in promoting constructive dialogue. He said the board not only has diversity in terms of where people live, but there’s a diversity of thought as well.

“We have people that come from all walks of life, who look at things differently,” he said. “When you’re spending the taxpayer’s money, it’s good to get a broad view.”

Nathaniel Harding was asked to fill the Ward 6 seat. Like McDaniel, he said he took the position because he wanted to make sure the projects were something his three children would want to use and be proud to have in their city.

“I wanted to make sure what was promised in the campaign was delivered,” he said.

In MAPS 3, the projects have also been overseen by a subcommittee, which includes members who are more experts on the item and its use. Harding heads the streetcar subcommittee. He said that’s where the finer details on the project get discussed.

“By the time (the proposal) gets to the advisory board, it’s more about overall budget and timing,” he said. “The perspective of both groups are really important because we leave no stone left unturned. We don’t agree 100% of the time, but everyone’s been professional and good to work with. But we’ve been able to stay on time and on budget.

That discussion takes time, especially as a proposal moves from subcommittee to CAB to city council. But the structure of MAPS allows for that time, which has created the success that has been seen with the initiatives, said McDaniel.

If MAPS 4 is approved by voters on Dec. 10, there are already plans to have another advisory board. But the details and appointments for it have not been outlined yet. McDaniel said if people want to serve on the next CAB, they should express their interest to their city council representative. He said he’s enjoyed the experience.

“It’s been a very satisfying experience to see how our city works and to see all the other volunteers who care so much about our city,” he said. “It’s been one of the most rewarding opportunities of my life.”