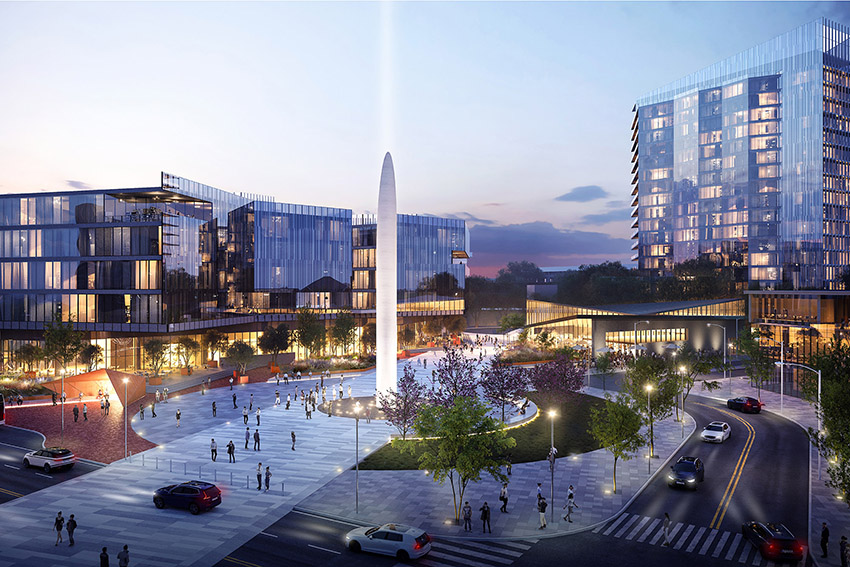 It’s been more than five months since Oklahoma City residents invested in themselves again and approved the fourth round of the Metropolitan Area Projects. On April 1, the City started collecting the funds for 16 projects in MAPS 4.

Due to the coronoavirus pandemic, City sales tax collections are expected to be lower than projected. But Mayor David Holt said he’s optimistic about the future of MAPS 4.

“MAPS 4 is a 96-month tax. So, look at this way – if we had one month where sales tax collections fell 20% below expectations that is a major challenge for our ongoing day-to-day services.  But for MAPS 4's budget, that would mean that total collections are theoretically only down about one-fifth of 1%,” said Holt. “And I say ‘theoretically’ because in reality, our estimate that we would raise $978 million over eight years assumed a recession or two. Our folks expected there to be a bad month, or actually, quite a few bad months. There will be many economic chapters in the life of MAPS 4, and it will almost surely balance out in the end.”

This isn’t the first time that a MAPS initiative has started during a economic crisis. MAPS 3 was approved during the Great Recession and collections started in 2010. Thanks to the city’s earlier shrewd forecasting and careful investments, the initiative ended with $33 million in uncommitted collections that must be used on capital improvement projects.

“Our folks are very conservative in their estimates and that will likely serve us well on MAPS 4,” said Holt.

Because of the extra money, the City asked its MAPS partners to submit ideas on how their venues could use the funds. Those ideas were heard by the subcommittees then presented to the MAPS 3 Citizens Advisory Board, which made a list for the City Council to consider. The approved projects are $19 million to buy and renovate Union Station, along with improvements to the park’s lower section and a connection to the Oklahoma River; $9 million for the MAPS 4 Fairgrounds Coliseum, and $4.975 million to three of the MAPS 3 Senior Wellness Center. The plan calls for $2.2 million for Center No. 4 on Western Avenue in the south part of the city. Another $1.8 million is earmarked for Center No. 3, still in the planning stages at NE 36th Street and Lincoln Boulevard and $975,000 for Center No. 1 on N. Rockwell Avenue.

The MAPS 3 Citizen Advisory Board has helped guide the spending and overall design of the projects. And the same guidance will be asked of the MAPS 4 Citizens Advisory Board, which will be named later this month.

Residents interested in overseeing a certain project can still be involved in the process by applying to be on one of the six subcommittees. The subcommittees are neighborhoods, connectivity, venues, community, Innovation District and the Civil Rights Center. Each subcommittee will have five to seven at-large members appointed by the Mayor with confirmation by Council. Subcommittee members must also be residents of Oklahoma City at the time of their initial appointment and throughout their tenure.

Holt said MAPS 4 gives him a positive outlook as he thinks about what’s next for the City. Historically, other cities’ mayors have been envious of MAPS and what it’s done for Oklahoma City. To date, MAPS has generated more than $7 billion in economic impact.

“Ask any mayor in America if they wish they had a billion-dollar local spending package already approved and waiting for them on the other side of this pandemic. They would likely say there's nothing they would rather have, but they probably couldn't imagine trying to pass something like that right now in this environment,” Holt said. “The fact that we already have it in place for ourselves is good fortune beyond anything we could possibly imagine right now.

“The seeds of our recovery have already been planted through the passage of MAPS 4. It is always a good time to invest in ourselves, but MAPS 4 turned out to be remarkably well-timed. It gives me a lot of optimism for our city's future.”