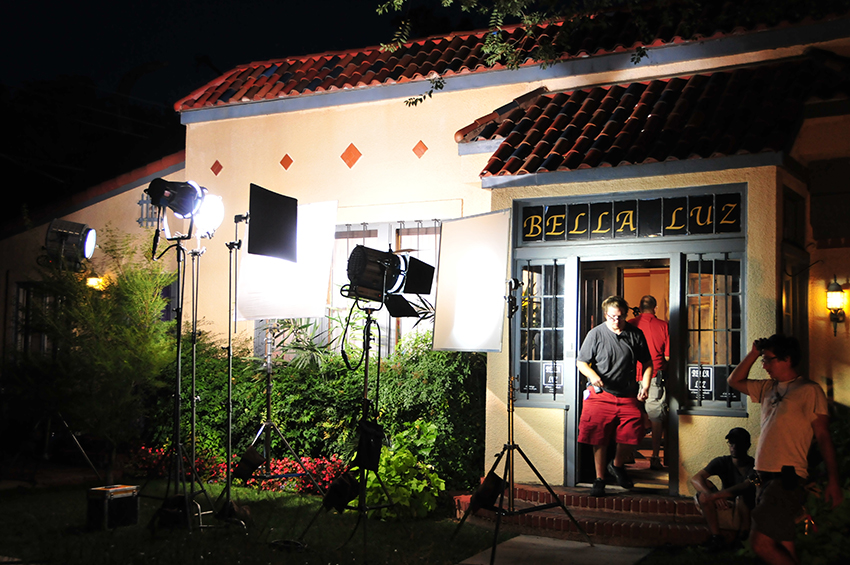 When a movie or TV show decides to film in OKC, it’s cool for several reasons. First and most obviously, who doesn’t love seeing familiar scenery in their entertainment? It’s fun to be able to look at your screen and say, “Oh! Yea! I’ve been there!” or “Hey! I pass by that area all the time!” and my favorite (especially when I hear people say this in response to TV shows featuring some of OKC’s fantastic restaurants), “I need to go there, ASAP!” But did you know that filming in OKC is also great for the local economy?

When movies are filmed in Oklahoma City, it diversifies the economy as OKC gets jobs and a money injection from the film’s production spending their money locally. Want to know what makes this all even better? It supplies jobs for local crews and other talent—which OKC has some of the best of, and not just in our opinion. OKC’s been called one of the best places to live and work as a filmmaker, largely thanks to our rebates, trained and talented crew base, welcoming community and diverse scenery. Finally, as if all that weren’t enough, filming in OKC has the potential to help our booming visitor economy.

So all that being said, what are some movies and TV shows that have been filmed at least partially in the Oklahoma City metro? These lists are by no means comprehensive, but here are the most well-known ones.

Anything noticeably absent on this list? The 1955 film adaptation of “Oklahoma!” was, in fact, not even filmed in the state—it was filmed almost entirely in Arizona (and what wasn’t filmed in Arizona was filmed in California). For TV, “Saving Grace,” despite being about an Oklahoma City police officer (and despite references to several local locations—most frequently Johnnie’s), was filmed in Los Angeles.