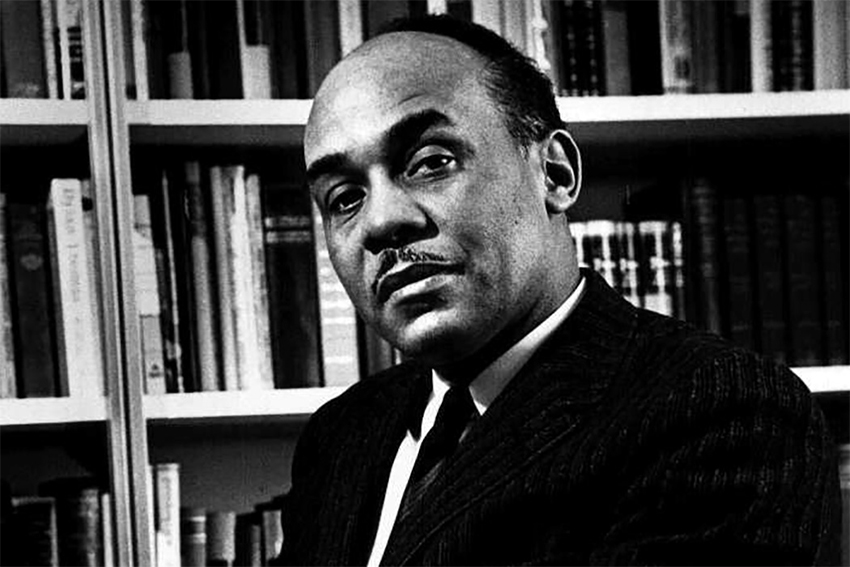 If you’re reading this article on the day it’s published, then today is Ralph Waldo Ellison’s 106th birthday. Despite being famous for “Invisible Man,” few Oklahomans have been as visible as Ralph Waldo Ellison—a man who the New York Times once said is “among the gods of America’s literary Parnassus.” In fact, speaking of New York, here’s another fun fact about him you can bring to your next trivia night: he’s the only Oklahoman to have a sculpture dedicated to him in New York City. The sculpture can be found in Riverside Park in Manhattan, not far from where Ellison once lived. But before he moved to New York to eventually become the great literary pillar we know him as today, he was a soda jerk in what’s now called Deep Deuce in Oklahoma City.

Ellison’s formative years in Oklahoma City would stick with him his entire life. There’s evidence of this in a lovely piece from the Oklahoman in 1993 where Ellison is quoted saying, "My early emotions found existence in Oklahoma City…In houses and in drugstores and barbershops and downtown, all of the scenes, the sights, the localities that are meaningful to me are in that city; my father's buried there, and of course all the people who were heroes to me as a kid, my role models.”

In this same piece, civil rights leader and longtime friend of Ellison’s (who would regularly visit New York to give him “news and barbecue from Oklahoma City”), Jimmy Stewart, describes his youth spent with Ellison on a place called Second Street—what we now call Deep Deuce. And at the epicenter of all this was Slaughter’s Hall.

Ellison spent his youth working an array of jobs in or by Slaughter’s Hall—he was a busboy, shoeshine boy, hotel waiter, soda jerk, delivery boy and dentist’s assistant. All the while, he was discovering his love of literature through OKC’s first black library, and his love of music through the myriad of bands that would come to play.

With a name like Ralph Waldo Ellison—only a few letters away from his namesake, Ralph Waldo Emerson—it can be odd to imagine Ellison as anything but a writer. But here’s another fun fact you might not have known about Ellison: he was quite the musician. Thanks to Slaughter’s Hall, Deep Deuce was starting to develop its image as OKC’s jazz hub, and Ellison was thoroughly enchanted by it. He received free trumpet and alto saxophone lessons from a neighbor’s father. He was also a member of his high school’s (Douglass High School) marching band, where he’d be among the first of his peers to participate in the annual downtown Boys Day parade (this was the first time Douglass, an all-black school, was allowed to participate). A few years later, after applying twice he was accepted to Tuskegee Institute (Booker T. Washington’s prestigious all-black university) in 1933 because their orchestra needed a trumpet player—they needed him.

The Second Street of Ellison’s youth may be largely gone now, but the influence of this once all-black cultural core has been immortalized by the people of OKC and Ellison’s writing. Decades after leaving Oklahoma City, Ellison continued to remember Second Street vividly in his work, and refused to witness its decay in favor of preserving his memories of it. In his “Going to the Territory” essays he’d write, “This was an alive community in which the harshness of slum life was inescapable, but in which the strength, the imagination of the people, was much in evidence.”