Runners of the Oklahoma City Memorial Marathon, set for April 28, will get to take in some new scenery starting with this year’s race.

The start line remains the same – in front of the OKC National Memorial & Museum - but the finish line changes. For the past 18 years, the marathon ended in Automobile Alley.  This year, the finish line will be at the corner of Hudson and Sheridan.  Next year, the five races of the OKC Memorial Marathon will finish at the new Scissortail Park. 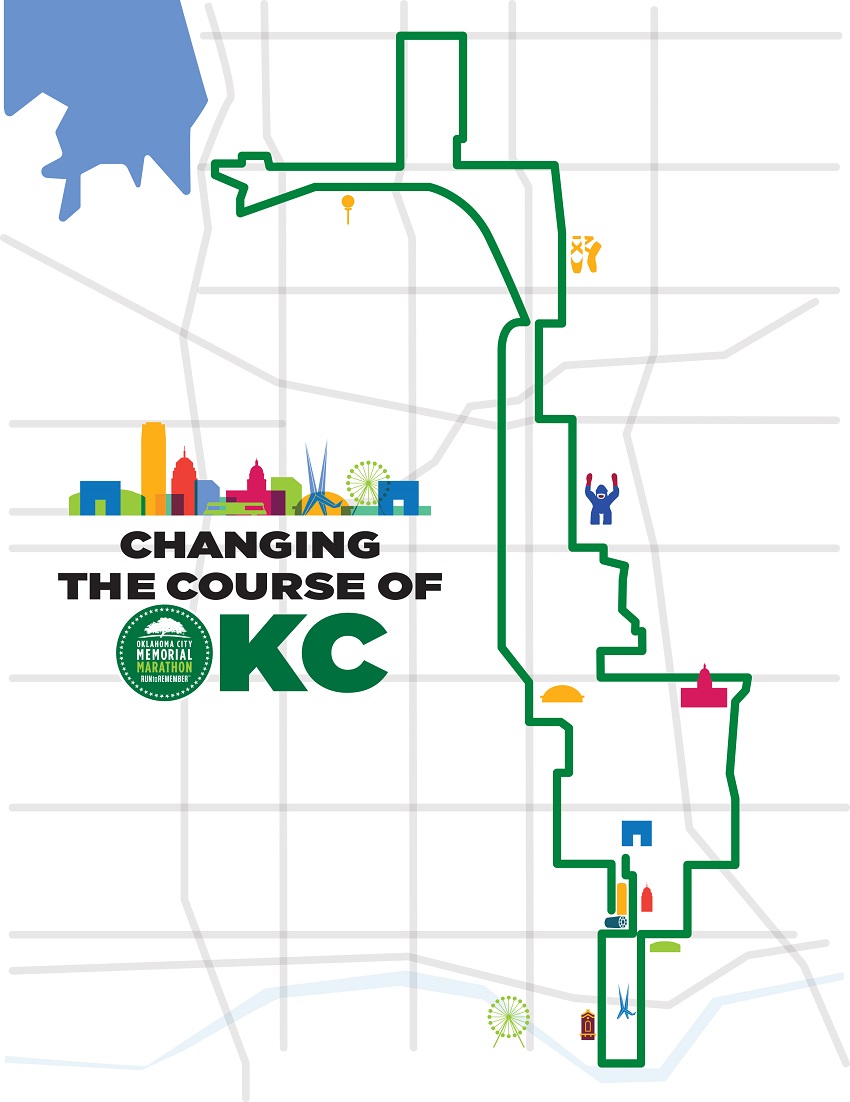 Truly a "Run to Remember"

Organizers said 2019 will test out the new course ahead of the marathon's 20th anniversary in 2020. Highlights of the new course include running south on Robinson to Reno, west on Reno to Walker, south over the bridge and past Little Flower Church and then east on SW 15th Street in between the Oklahoma River and what will be lower Scissortail Park.

Runners will turn back north on Robinson and turn east at the Chesapeake Arena through Thunder Alley. The course will remain the same along Sheridan to Lincoln.

Other major changes on the course include Marathoners going along Britton to Pennsylvania, but they will not run to and along Lake Hefner. The Marathoners and Half Marathoners will run parallel streets (Classen and Shartel) from 18th to 4th Street where all runners will rejoin on 4th Street running east, then turn south on Hudson heading to the new finish line just past the crosswalk between Devon Energy and the Bank of Oklahoma tower.

The new finish allows the runners to run on one of the widest corridors in downtown and finish just outside Myriad Gardens, where there will be an outdoor concert, food and other amenities after the race.

The kids marathon will take a different route this year to avoid construction and the changes to the new marathon route, but will still race among the skyscrapers of downtown and end in the newly redesigned Kerr Park, as it has the past two years.