Notes from Columbus: A model for criminal justice reform 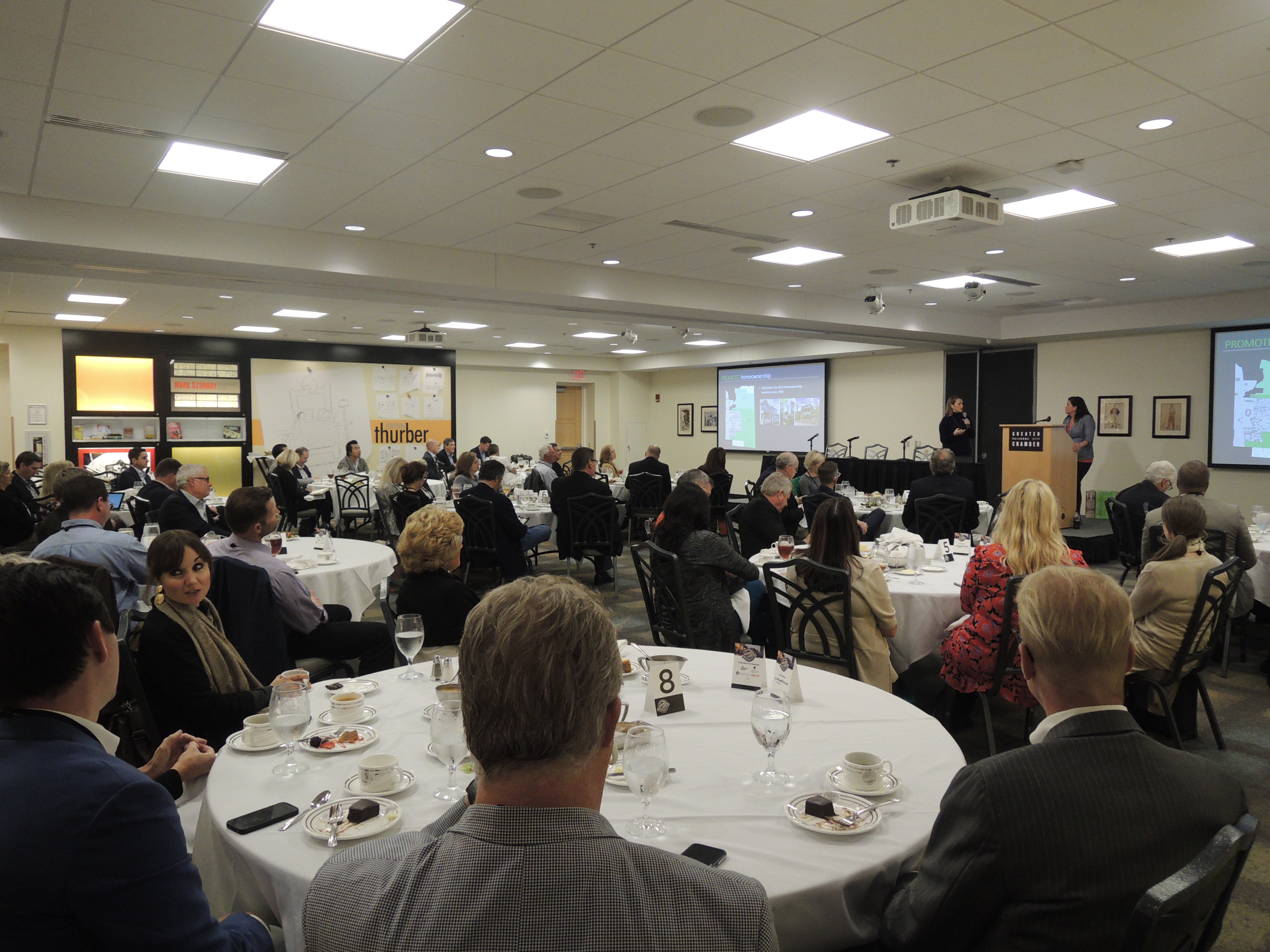 The past two issues of The POINT! recapped lessons learned by attendees of the Chamber’s recent InterCity Visit to Columbus, Ohio. Read on for more about criminal justice reform efforts in Columbus.

Because of their structure, they are legally able to serve in the stead of the state. They direct the application of both state and federal funding, including Justice Assistance Grant (JAG) funding, Violence Against Women Act funding, and Title II Juvenile Justice Grant funding. The criminal justice planning board is made up of many of the top leaders of public safety disciplines, and they serve one-year appointments – although, by the nature of their office, several individuals have served on the board for many consecutive years.

“Our criminal justice system is vast and we have a lot of elected officials at the table,” Melissa Pierson, deputy director of justice programs with the Franklin County Office of Justice Policy and Programs, said. “Our jobs bring everyone to the table, not to make decisions for anybody, but to find that common ground that works for everyone in the county. We found that a criminal justice planning board gave us the power to do that.”

During the national recession starting in 2007, the board was asked to do more with less funding and the Franklin County Commissioners started examining the financial cost of putting more people in jail. In response, they forecasted the jail’s population growth over the next

25 years and wanted to determine how they could avoid having to build a new jail.

“Our mental health system, like those across the country, was fragmented. Our jail had become a mental health hospital,” Pierson said. “Instead of bringing people to the jail, we needed alternatives that we just didn’t have at the time.”

After a thorough examination of their criminal justice system in Franklin County, the criminal justice planning board had a lot of data about who was in their jail, but no funding or political will to implement any changes.

In addition to jail and prison overcrowding, the data showed a 42 percent recidivism rate. The planning board had to think creatively about how to address those issues. In 2009, the group created the Franklin County Reentry Coalition to develop a strategic plan and pool resource available to help people coming out of the criminal justice system.

The coalition focused on removing barriers to people who are trying to find a job, get housing and become productive members of society. One key part of that is passing progressive legislation, such as “banning the box” where job applicants have to indicate if they have been arrested or convicted of a misdemeanor or felony.

“Ohio is one of the leaders in terms of legislative reforms and sentencing reforms,” said Pierson. “We have a little way to go but I think we’ve taken some really progressive steps.”

These positive changes led to Franklin County being selected by the Council of State Governments to participate in a behavioral health and justice demonstration program in 2013, which Pierson says was the catalyst that launched Franklin County into the next era of criminal justice reform.

“I have a feeling your Vera Institute project is going to do the same thing for you because your report’s recommendations are very similar to ours and what they wanted us to do to improve our criminal justice system,” Pierson said.

The next step for Franklin County was to examine the data to create alternative and innovative ways to address the population of people who are churning in and out of the criminal justice system. Through that investigation, the group learned that there were 100,000 outstanding warrants for people failing to appear at municipal courts. They implemented a low-cost notification system to remind people via text message, an evidence-based response to people failing to report to court.

“Everything we do is driven by data – that is really, really important,” Pierson said. “Vision without data is just a hallucination.”

That’s not to say their process has been without obstacles. Pierson said that their strict adherence to the Health Insurance Portability and Accountability Act of 1996 (HIPAA) has created roadblocks for public safety officers who are trying to find alternatives to jail for the people that they pick up. Officers have no way to check a person’s treatment provider, case manager or medical history when they respond to calls.

The paradigm shift required of individuals working within the system in the midst of these changes has also been a challenge. Molly Gauntner, chief probation officer of the Franklin County Municipal Court, came to Franklin County with the intent of starting a pre-trial services program at the municipal court.

“I tried to introduce the whole concept to our court of what risk and need mean in the criminal justice system,” Gauntner said. “That was a huge challenge because the courts had not had a pre-trial services program in municipal court since the late 1970s.”

The significant bail bondsman culture in Franklin County also played a role in the implementation of an evidence-based pre-trial assessment tool. The bail investigation officers use the tool and a typical bail investigation report to assess the overall risk level of an individual, which is then presented to a judge.

All the changes made in the area have had a positive impact on the amount of money spent on the criminal justice system, but it was still necessary to build a new jail facility. Major Chad Johnson with the Franklin County Sheriff’s office said that Franklin County’s two existing jails were structurally deficient.

“Our current jails are linear, and you cannot sit on a single deputy post and see an inmate,” Thompson said. “They are not constructed or designed to really support corrections the way it is done in modern practices.”

The new jail, which will open in 2019, will be built in a direct-supervision model where incarcerated individuals will be within the sight of an unarmed deputy sitting in the middle of the cells. Studies show that this model results in less violence and more cooperation.

The first phase of construction will include 864 beds and the facility’s mental health and medical services. The second phase will take the total number of beds to 2,400. When all three phases of construction are complete, the jail will have room for 3,000 individuals – but Thompson is sincerely hopeful that they don’t have to complete the last phase.

Thompson, who is in charge of the new jail’s design and construction, said that one motto has driven all of their criminal justice reform decisions.

“Repetition does not establish validity,” Thompson said. “If you take nothing else from me, take that and work with it. It has done wonders for us.”

For a full recap of the Chamber’s trip, visit www.okcchamber.com/ICVnotes.

Read more in the December 2017 Point.