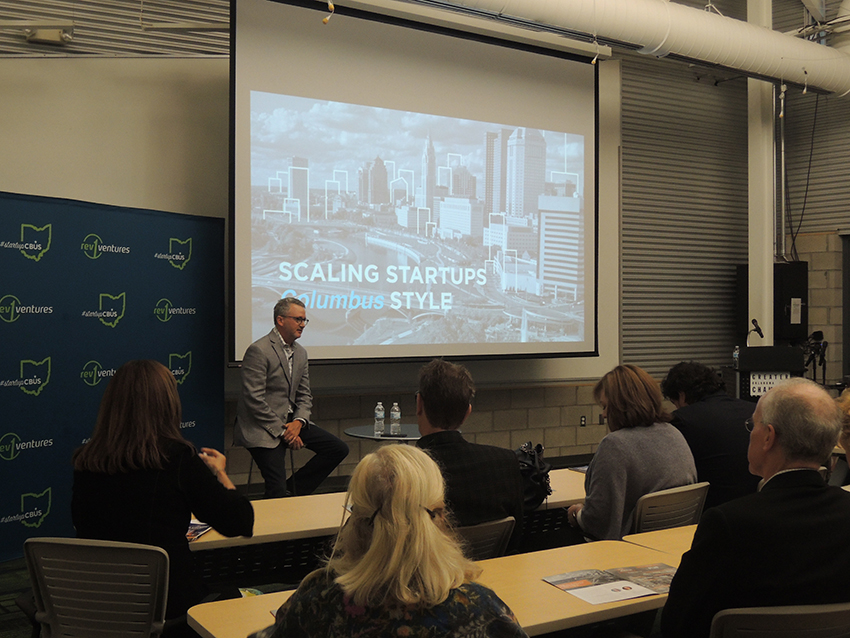 Leadership from the Chamber attended an InterCity Visit to Columbus, Ohio, in September 2017. Much like Oklahoma City, Columbus has its own story of revival and reinvestment. And attendees learned that Columbus’s work has been a success: Columbus is one of the fastest-growing metros in the United States and is ranked No. 1 for population growth, job growth, GDP growth and wage growth. Columbus has 2.1 million people, five Fortune 500 companies, 15 Fortune 1000 headquarters companies and an incredibly diversified economy, with no industry accounting for more than 19 percent of employment. And with $1 billion in proposed investment downtown and $734 million in investment under construction, Columbus is continuing its momentum. Read on for part one of a recap of what Oklahoma City leaders learned from leaders in Columbus about their city’s rise to prominence.

Much like Oklahoma City’s history, Columbus’s downtown area fell into disrepair in the 1990s. According to former Columbus Mayor Michael Coleman, their downtown was a dangerous place to be outside of business hours, the river was smelly and unusable, and no one lived downtown. With decades of division between the neighborhoods, downtown was a low priority. Mayor Coleman formulated a plan that focused on reclaiming a dying downtown shopping mall with a community park and residential developments.

Many people thought to invest in downtown Columbus was crazy, but businesses located there made up 25 percent of the regional economy and they had great potential to grow. Coleman started by creating a sense of ownership from Columbus’s neighborhoods. “Downtown was everybody’s neighborhood,” Coleman said.

With major public-private partnerships now complete, downtown Columbus is a symbol of the community’s ability to work together. “I cannot say I did all of this,” Coleman said. “It took the courage of the community to come together and engage in a collaboration.”

Bringing everyone to the table

Doug Kridler, president and CEO of the Columbus Foundation, brought diverse voices to the table when he managed a branding initiative that helped define Columbus for the world at large. Instead of telling Columbus what its brand was, Kridler and his team “distilled the citizens’ input, making the effort authentic and coauthored,” he said.

Their research identified Columbus as “smart and open,” with a focus on openness as their first initiative. Other groups took the brand and put their own spin on it. “There are a lot of voices that make up the true, authentic voice of the community,” Kridler said. “The more you honor those, the more hands you have on deck.”

In honoring all voices, Kridler acknowledged one of Columbus’s most pressing challenges: its high rate of poverty. Columbus’s current poverty rate is 17.1 percent of its population, a number that has grown steadily since 1970. While Columbus has a low unemployment rate, many of those jobs pay near the livable wage rate, if not below. Kridler said that the Foundation is leading a conversation with all community members about addressing poverty, with a focus on education.

“Education is really the only way out of poverty,” Kridler said. “But people in poverty only focus on survival, so you have to find other touch points so people can get in that headspace.”

Like Oklahoma City, Columbus is working to increase the number of trained individuals in its workforce pool to meet the growing demands of companies. “We don’t have enough people with the right skills to meet our demand,” said Tim Harman, director of talent acquisitions for Columbus 2020.

Harman works with a state-funded workforce initiative called JobsOhio to help workers in central Ohio update their obsolete skill set. In addition to providing training for current employees, Harman believes that you have to start with the education system to provide a solid future workforce. “Winning at talent is winning at training, and it starts at the elementary level,” Harman said.

This article originally appeared in the October 2017 issue of The POINT!