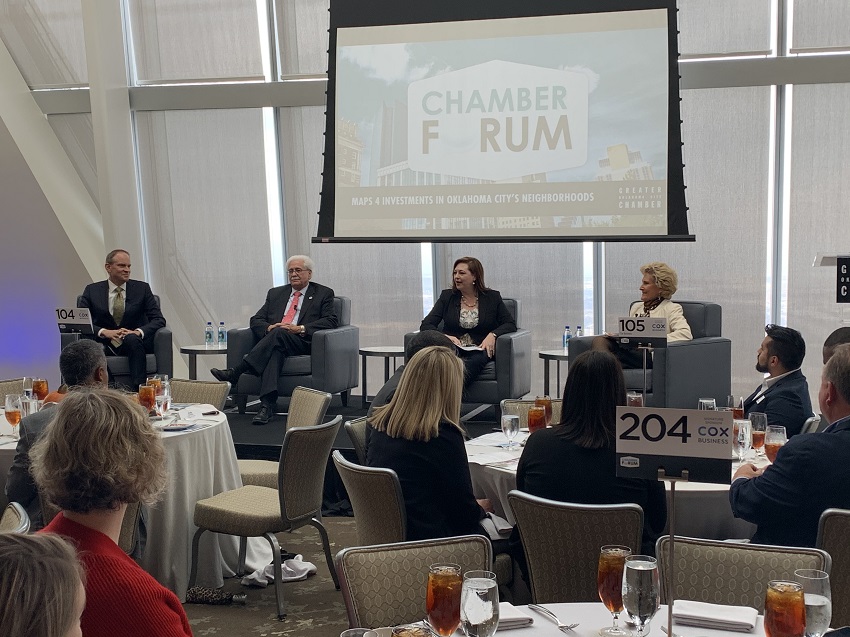 Kupper joined Assistant City Manager Aubrey McDermid and EMBARK Director Jason Ferbrache on a panel that discussed the parks, trails, sidewalks, transit and beautification projects that are part of the MAPS 4 package.

"The elements that are going to improve our neighborhoods will take us to the next level," Kupper said.

Many of the projects included in the MAPS 4 proposal deal with human needs, health and quality of life – areas that when overlooked make it hard for a city to attract economic development, said McDermid.

“These may be kind of underlying, under-the-radar, not the big, sexy original MAPS projects, but this machine of building connectivity throughout our community makes us so much stronger when we do these things all together,” McDermid said. “If you are investing in individuals, the cumulative effect on community is amazing.”

“Transit is becoming more and more of an issue and a deciding factor for the workforce,” said Ferbrache, adding that most of the users of the city’s bus system today use it to get to work.

“We can have all the rapid transit we want, but if people cannot connect to it from their neighborhoods or from their businesses or the sidewalk or trail it doesn’t do a lot of good,” he said.

Improvements to trails and bicycle routes are less useful if residents have to load their bicycles in a car and drive to somewhere they can bike, said Kupper. He said he was most excited about the economic impact that could be made possible by the proposed sports centers and youth centers.

“We want to try to sever the connection between fifth graders and the 200 gangs that are in Oklahoma City,” said Kupper. “Think about it: $1,000 for a rec center staff person keeping a youth from going down the prison route, where it costs us $100,000 to incarcerate that person. I think it’s a pretty good investment.”