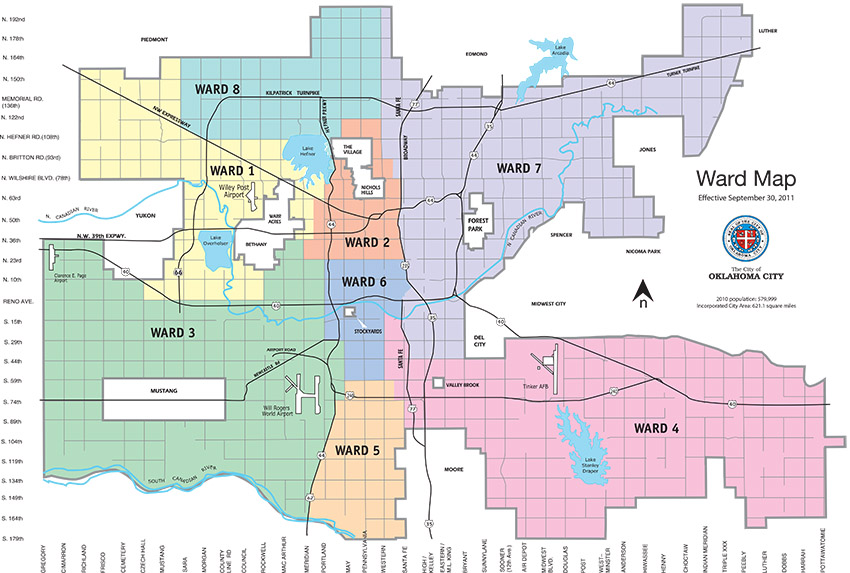 Councilman-appointee Cooper will be sworn in at the start of the June 19 Council meeting and immediately take his seat. The previous Council member vacated the seat by resigning effective May 31.

Councilman-appointee Cooper will serve until voters elect someone to fill the remainder of the current four-year term, which ends in April 2021. A primary special election is Aug. 28, with a potential runoff Nov. 6.

The Oklahoma City Charter required the Council to make the interim appointment to the seat and call the election, and to take both actions within 30 days of the resignation’s effective date.

“The process of appointing a Council member is no substitute for a democratic election, but we are obligated to do it by our Charter, and fortunately there will soon be an opportunity for the voters of Ward 7 to choose their long-term representative,” said Mayor David Holt. “Having said that, the Council took this responsibility seriously. We gave all interested parties an opportunity to apply, and I was in constant communication over the last week with community leaders in Ward 7 to ensure our appointment met their expectations.

“One applicant received universal praise in my conversations, and that was Lee Cooper,” Mayor Holt continued. “His experience on the Planning Commission ensures he is qualified, and his reputation in the community is stellar. I have a high level of confidence he will represent Ward 7 well in this interim period. Also, he has stated that he is not seeking the position in the upcoming election, which means our appointment will have no influence over the electoral process, something that was a priority for me. I know that I speak for the Council when I say that we welcome Lee to the Council and that we look forward to working with him.”

Councilman-appointee Cooper has served as pastor of the Prospect Missionary Baptist Church since 1987. He earned a doctorate of human letters from the University of Virginia at Lynchburg in 2005.

He has served as board member on the One Church One Child Advisory Board, past president of the Progressive Oklahoma Baptist State Convention and chaplain of the Oklahoma State Senate. He serves on the Education and Publication Board of the Progressive National Baptist Convention and the Southwestern Urban Development Corporation Executive Board. He was the first black member of the Capital Baptist Association Committee and the Executive Board of the Baptist General Convention of Oklahoma. He is also a board member of the KIPP Reach College Preparatory School.

The Council asked for and received applications from people interested in serving as the interim Ward 7 representative. Applicants were required to meet the same legal requirements as a candidate for election and include a one-page letter expressing why they want to serve.

The candidate filing period is June 13-15 for the Aug. 28 primary special election. If only one qualifying candidate files to run, that candidate is automatically elected to office.

If a candidate earns a majority of the votes on Aug. 28, he or she wins the seat. Otherwise, the two candidates with the most votes will stand in a decisive runoff Nov. 6.

Qualifying candidates must be:

See a Ward map at okc.gov/wardmap.

Candidates must submit a written declaration of candidacy, along with how the candidate wants his or her name to appear on the ballot.

Candidates must include a cashier’s or certified check for $200, or a petition supporting the filing signed by at least 500 registered voters eligible to vote for the candidate. The check will be returned if the candidate is unopposed, receives more than 15 percent of the votes cast in the primary special election or advances to the runoff.

All Ward 7 voters registered by Aug. 3 are eligible to vote in the Aug. 28 primary special election.

Use your voter ID card or the Oklahoma State Election Board’s online voter toolat ok.gov/elections to find your polling location or confirm your registration.

You can download a voter registration form at ok.gov/elections. They’re also available at your local county election board, post offices, tag agencies, librariesand other public locations.

Voters who have disabilities can find more information about voter assistancein Oklahoma at ok.gov/elections.