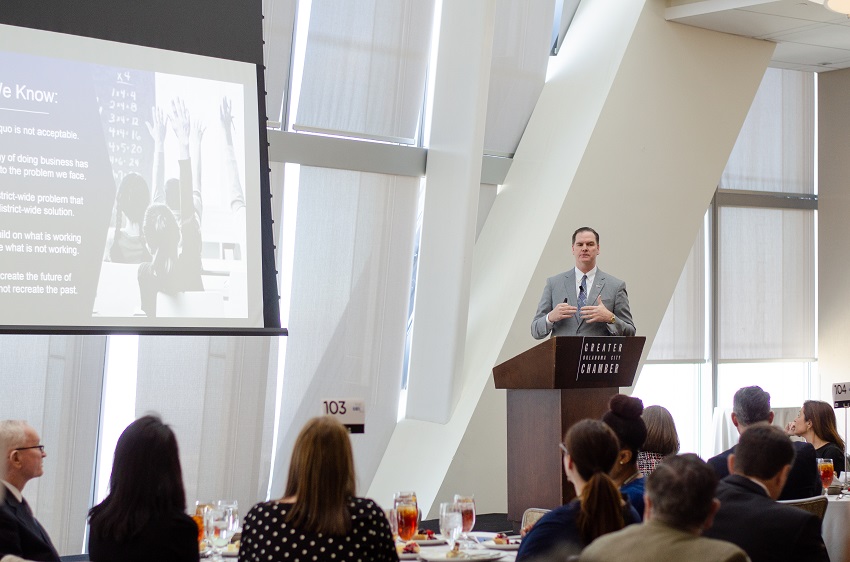 The Oklahoma City Public School (OKCPS) Board of Education sent a strong vote of confidence for the current superintendent, extending Dr. Sean McDaniel’s contract for another three years in its annual personnel review.

A former superintendent at Mustang Public Schools, McDaniel has been the leader of Oklahoma City Public schools since taking the post in 2018. He has 19 years of experience as a school superintendent, with 35 years in education.

Significant changes have taken place in the district during his tenure. McDaniel led the creation and implementation of a massive school consolidation plan, known as Pathway to Greatness, which repurposed 15 schools and reconfigured the district’s resources to provide a more equitable education to all students.

“I hope tonight’s vote to extend his contract only reinforces the high level of confidence that our Board of Education has in Dr. McDaniel,” Board Chairwoman Paula Lewis said in a statement. “Whether it’s his deep relationships with our community partners, his commitment to caring for the health and happiness of our students, staff and families, his keen focus on the bottomline, or his servant leadership in the midst of such uncertainty, Sean continues to prove he is the right man for the job.”

McDaniel and the district administration are currently stirring community conversation about the next bond issue and a five-year strategic plan for Oklahoma City schools.