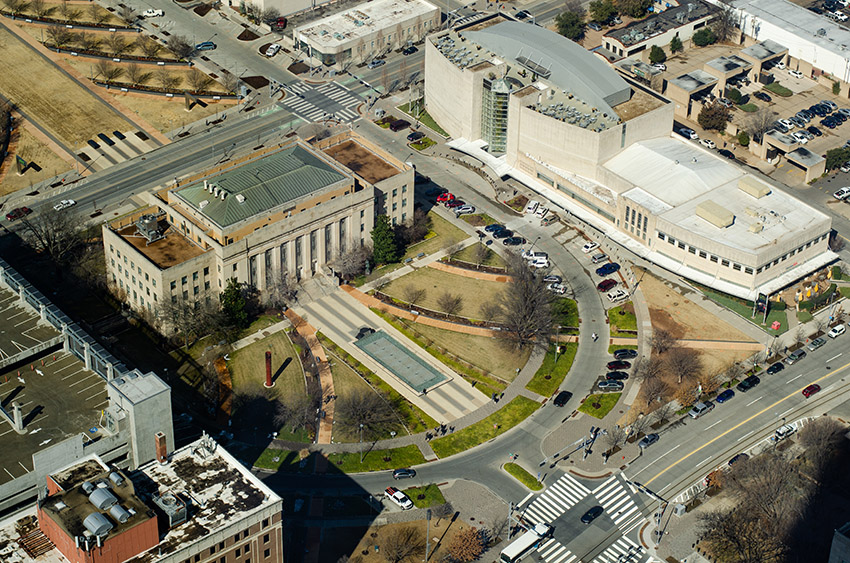 Mayor David Holt and the Oklahoma City Council approved an ambitious and unique MAPS 4 package for voters to consider in a special election on Dec. 10.

“MAPS 4 is a broad package that meets many needs in our city – most notably in our neighborhoods and in our daily lives. It also enhances our quality of life and promises to diversify our economy,” said Mayor Holt. “I thank the people of Oklahoma City for their unique role in this process. This is really the MAPS that the people made. And I want to thank the Council for their hard work developing this vision for our future. I now look forward to the conversation with the people of Oklahoma City in the months ahead as we approach the December vote.”

The proposed MAPS 4 program includes all 16 of the projects that received a scheduled presentation during this summer’s special meetings. It would raise a projected $978 million over eight years, debt-free, funded by a temporary penny sales tax. It requires approval from Oklahoma City voters in the Dec. 10 election.

At its Tuesday meeting, the Council approved a resolution of intent that defines the MAPS 4 project list and budgets. The Council also introduced a call for the special election on Dec. 10, and an ordinance for the temporary sales tax that would take effect upon voter approval.

Find more details, including Tuesday’s agenda items and more information about the projects, at okc.gov/maps4.

Budget numbers and other details in presentations and videos from this summer are different than those proposed in the MAPS 4 package. If voters approve the MAPS 4 program, each project will be refined in the coming years as the process unfolds, much like the previous MAPS programs.

Including state sales tax, the overall sales tax rate in most of Oklahoma City is 8.625 percent. It’s 8.975 percent in Canadian County and 8.875 percent in Cleveland County because of county sales taxes.

Like previous MAPS programs, MAPS 4 will be subject to voter approval and have oversight from the City Council and a volunteer advisory board.

The Council would have final authority on all projects, but delegate primary oversight to the advisory board. The Mayor and Council appoint Oklahoma City residents to serve on the board and its subcommittees.

MAPS programs use cash to fund debt-free, pay-as-you-go project lists. The first year or so of all MAPS programs involves long-term planning and early phases of project design while cash accumulates from the sales tax.

The volunteer advisory board and the Council work together on an implementation plan and timeline for the project list. By the time the sales tax expires, the money is accumulating interest and projects are well under way with planning in the final stages.

As an example, the MAPS 3 sales tax was collected from April 2010 to December 2017. MAPS 3 remains on budget, and the final project – the lower 30 acres of Scissortail Park – is scheduled to begin construction next year and open in 2022.

The MAPS 4 public input process began last fall when the Mayor and Council invited residents to share ideas for potential MAPS 4. Mayor Holt shared some of the ideas received as of early this year in his annual State of the City address.

In June, the Council called a series of special public meetings in July and August to hear presentations on some of the ideas. The Council is now considering the project list and the potential call for an election.

You can find more about the history of MAPS programs at okc.gov/maps3.

The MAPS 4 election will be Dec. 10 with only one item on the ballot. Voters will vote yes or no on a single capital investment program, which the Council will devote to the MAPS 4 package.

Oklahoma City voters registered at their current address are already eligible to vote. The deadline is Nov. 15 for new voter registration or updating your registration to a new address.

Early voting for the MAPS 4 election is 8 a.m. to 6 p.m. Dec. 6 at your local county election board:

Regular voting is 7 a.m. to 7 p.m. Dec. 10 at your usual polling location, which you can find using the online voter tool at ok.gov/elections or on your voter ID card.