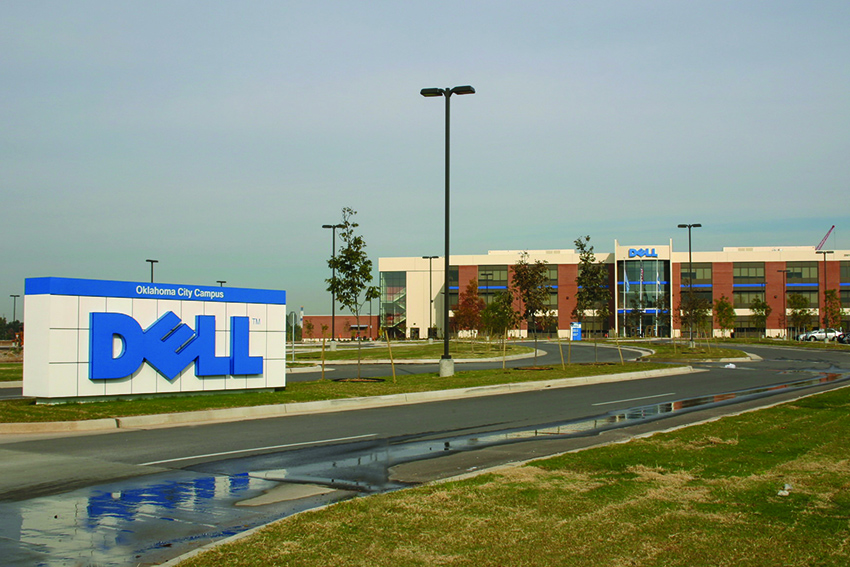 The Dell development on the Oklahoma River is on a former brownfield site. Oklahoma City and the Greater Oklahoma City Chamber collaborated in making a former unpermitted construction and demolition landfill a viable site for a Fortune 500 company.

A new $800,000 grant from the federal Environmental Protection Agency will support environmental cleanup in Oklahoma City to promote the redevelopment of under-used property.

The grant was announced Thursday during an event with Mayor David Holt and EPA Regional Administrator Anne Idsal at the Steelyard Apartments, a redevelopment project near Bricktown stemming from a public-private partnership similar to what the grant supports.

“It’s not unusual for property in and around downtown to have environmental issues,” said Mayor Holt. “This area was formerly full of gas stations, dry cleaners, pump jacks, auto repair shops and auto salvage lots. Those uses left a legacy that presented challenges to new users. I’d like to thank the EPA for providing funding that helps put these valuable properties back into use.”

Idsal presented a check to Mayor Holt on Thursday to officially announce the grant, which is part of $54.5 million the EPA is distributing to 145 communities.

“Oklahoma City is among the nation’s top-performing cities for leveraging brownfields funding to build economic success,” said Idsal. “With this grant, they can continue to show how blighted properties can become investments for the community.”

The Planning Department manages Oklahoma City’s Brownfields Program, which is the recipient of the grant. Brownfields are under-used properties that can be redeveloped with proper assessment and cleanup of environmental contamination.

The grant announced Thursday will be used in a revolving loan fund. The City can provide loans to support cleanup of brownfields. Funds will also be used to prepare cleanup plans, oversee site cleanups, market the loan fund and conduct community outreach.

The Steelyards Apartments development is an example of a successful project that benefited from the City’s Brownfields Program. The site was historically used as a rail yard turntable for locomotives, lumber and oil storage, an auto repair shop, a sheet metal shop, for steel fabrication and for welding. The City’s experts managed the site assessment and an EPA grant-funded $1.3 million remediation loan.

Steelyard developer Gary Brooks has credited the program for making it possible to transform the former industrial site into a productive part Oklahoma City’s community and economy.

“Without the City managing this brownfields process for me, there would be no Steelyard. It would not have existed,” said Brooks.

Oklahoma City’s Brownfields Program, like those around the country, catalyzes the potential for private development that generates jobs and spurs economic growth. An EPA Brownfields Program study showed $12.4 million in EPA investment in 48 brownfields sites across the country produced up to $97 million in additional tax revenue for local governments thanks to new growth.

For more information on EPA’s work in Oklahoma visit epa.gov/ok.

See the release on OKC.gov.