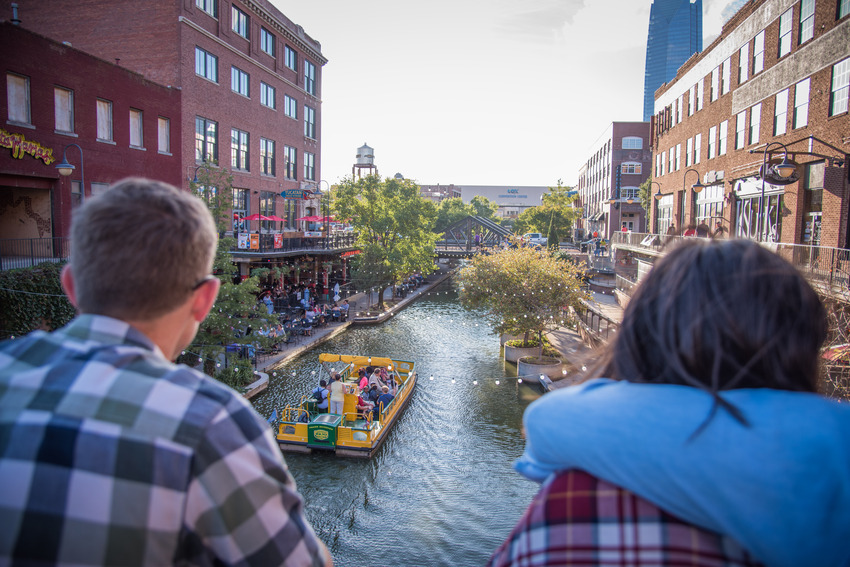 Partners announces the honor as part of the “Celebrating Champions of Livability” national awards program, which recognizes 23 individuals, five organizations and two communities for their role in shaping a more livable, sustainable and equitable America. Partners will host all honorees and their guests for a luncheon and awards presentation at the National Press Club in Washington, D.C., on November 12, 2018. 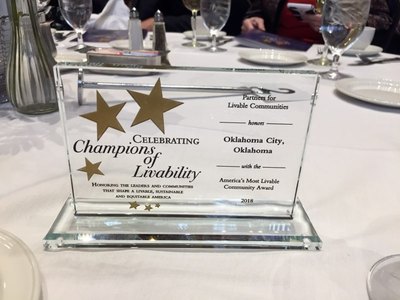 At different intervals during the last 40 years, Partners has honored communities with the title "America's Most Livable" for their efforts to improve the livability of their communities by addressing such issues as smart growth, using a community's assets for economic and community development, innovative leadership strategies, undertaking programs for youth at risk and regional collaboration.

“This year we honor two cities—Boise and Oklahoma City—that embody the elements Partners has woven together to define livability,” said Robert McNulty, president and founder of Partners.

Oklahoma City, since its beginning, has been a living symbol of chasing the American dream. At the shot of a gun at high noon on April 22, 1889, settlers from across the world raced to stake their claim in a massive land run that settled 10,000 residents by nightfall. The big dreams of those early-day settlers can still be found in the more than 1.4 million people that live there today as the Oklahoma City region continues to push to create the ideal American city. This is a place where innovation, invention and the quest to build a great city is embedded in residents’ DNA.

In 1993, Oklahoma City voters went to the polls and decided to turn around their then-struggling city by taxing themselves with a limited term, one-cent sales tax. The $350 million MAPS (Metropolitan Area Projects) strategy was created to revitalize downtown and provide new or renovated cultural, sports, recreation, entertainment and convention facilities. More than $5 billion in private investment followed the initial public investment with MAPS. 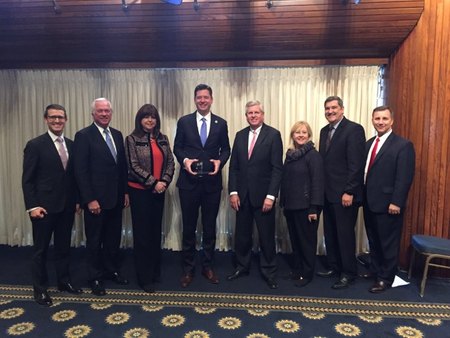 The original MAPS was followed by MAPS for Kids that was passed by voters in 2001 with a 61 percent majority. Seven hundred million dollars was raised in this tax levy. Seventy percent of the sales tax was distributed to public city schools and 30 percent went to surrounding districts.  This new tax was used for much needed school improvements that will result in 70 new or renovated public schools and funding for hundreds of school projects.

MAPS 3 is a $777 million capital investment program that includes a new convention center, a 70-acre downtown park, a downtown streetcar system, four senior health and wellness centers, and a whitewater rafting and kayaking venue. All MAPS projects are built debt-free, and over time the money is collected and spent efficiently, without burdening future taxpayers.

Oklahoma City has a thriving, diverse economy with aerospace, bioscience/healthcare and hospitality/retail. Future growth is anticipated from the emerging innovation district adjacent to downtown that incorporates the University of Oklahoma Health Sciences Center with medical research centers and the Baker Hughes GE Energy Technology Center.

Oklahoma City has also become a vibrant place for arts, culture and music and enjoys a robust  food scene that draws from residents’ backgrounds and cultures. All of these amenities are available in a place where the cost of living remains well below the national average and the transportation system allows for low commute times. It is truly a place where work/life harmony is possible.

For 40 years, Partners has celebrated the leadership of people, institutions and partnerships that have discovered unique assets that communities can build upon to become a more livable place.

“Celebrating Champions of Livability” will be emceed by Peter Harkness, founder and publisher emeritus of Governing magazine, and the Honorable Glenda E. Hood, who served as Florida Secretary of State and was the first female mayor of Orlando.

Leader for a Livable, Equitable and Sustainable America

About Partners for Livable Communities

Since its founding in 1977, Partners for Livable Communities (Partners) has helped communities set a common vision for the future, discover and use new resources for community and economic development and build public/private coalitions to further their goals. Partners promotes livable communities through technical assistance, leadership training, workshops, charrettes, research and publications. Partners is a nonprofit focused on improving the quality of life and economic and social wellbeing of low- and moderate-income individuals and communities.