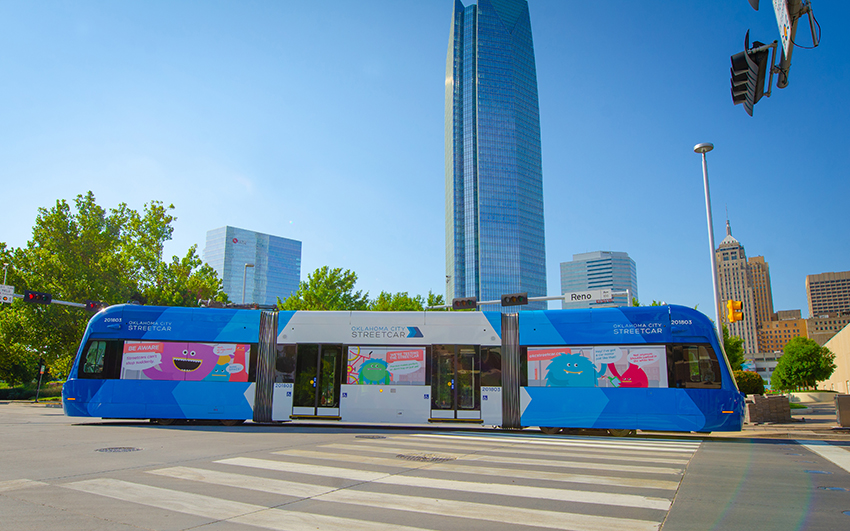 The three-block impact zone referenced in the study was determined by the City of Oklahoma City Planning Department.

Within the three-block impact zone around the streetcar route, there has been more than $1.6 billion value in public and private investment since 2011, the year the steetcar route was announced. 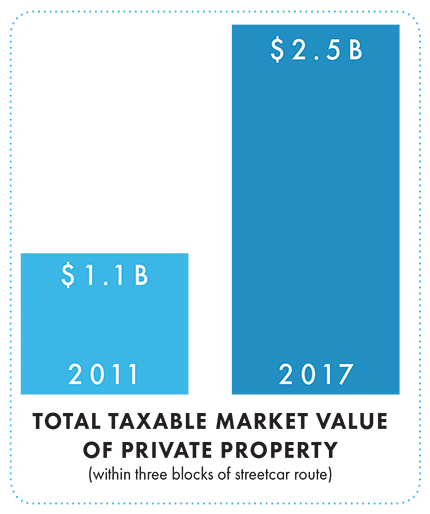 Since 2011, the area within three-block impact zone of the streetcar route has gained: 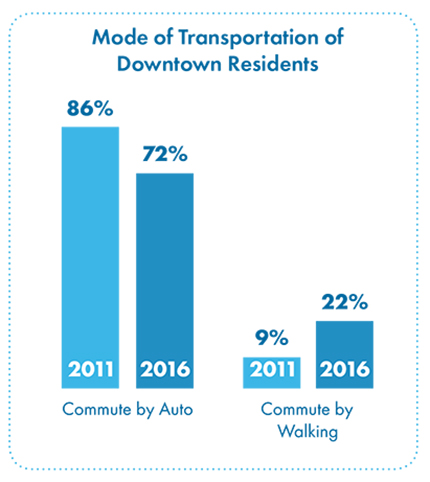 Downtown: The share of residents in the core downtown zip code (73102) who either commute to work by some form other than auto doubled from 14 percent in 2011 to 28 percent in 2016.

Citywide: Community transportation commuting patterns have remained unchanged since 2011, with 94 percent of residents commuting to work by auto.

Amenities in Proximity of Streetcar

Parking: The streetcar places all downtown public parking structures within a short ride of most downtown destinations. 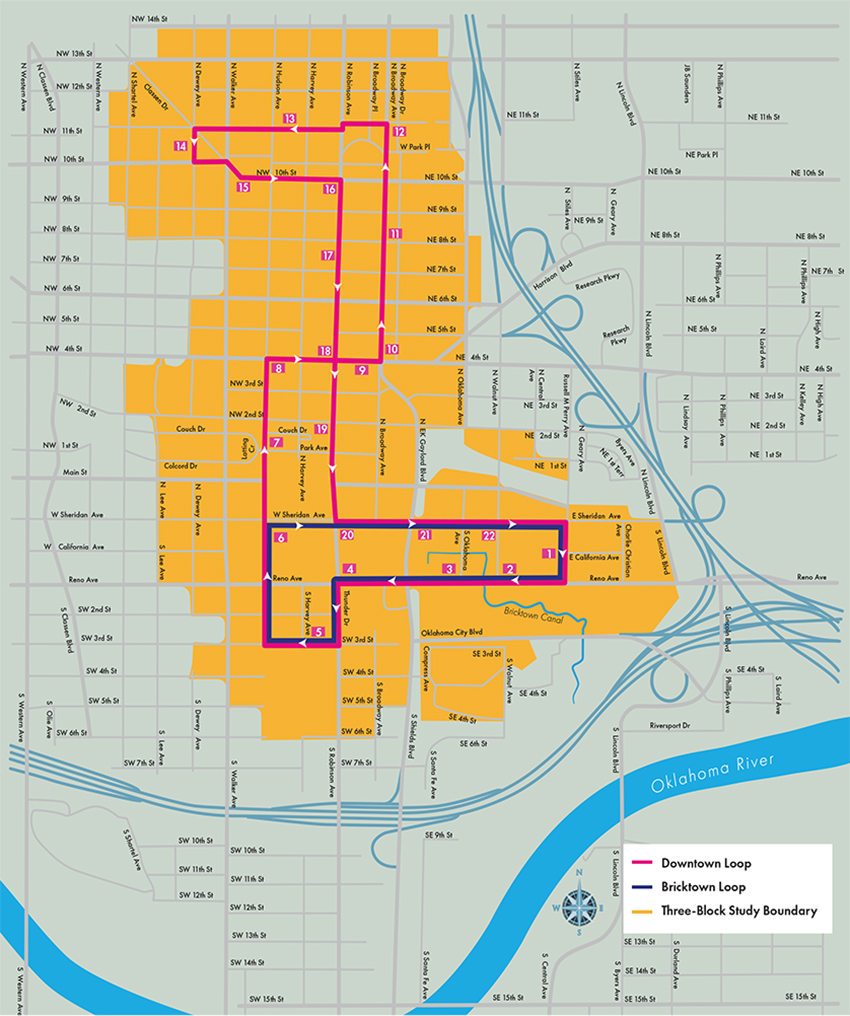 This investment impact analysis was conducted by the Greater Oklahoma City Chamber and RegionTrack, with input from EMBARK, The City of Oklahoma City and the Alliance for Economic Development.