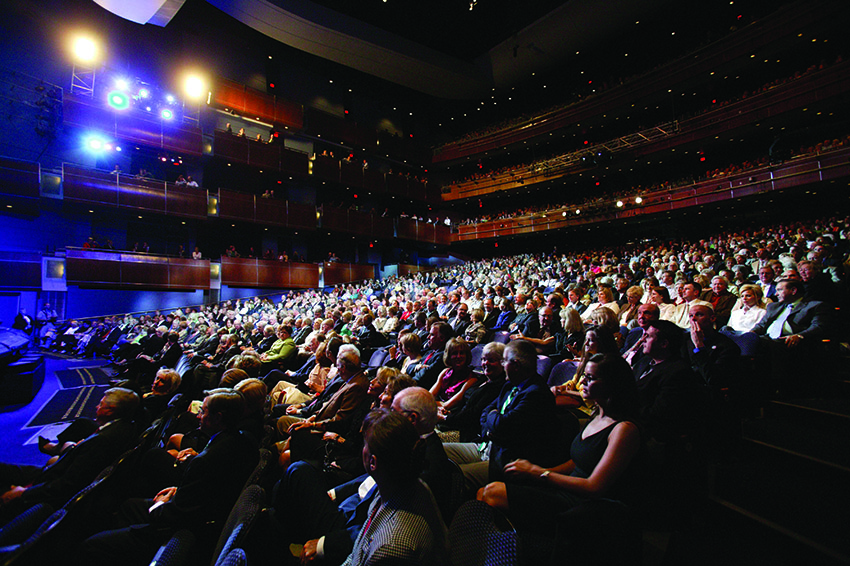 OKLAHOMA CITY – Fred Hall said he knew he had to take care of a building in west downtown.

His grandfather, Fred Jones, called it his Camelot.

Hall had a chance meeting with 21c Museum Hotels co-founder Steve Wilson. The two were bidding on the same piece of art, and Wilson was the winner.

Hall said he wanted to get to know Wilson if they had similar tastes in art. He said when he learned what Wilson and co-founder Laura Lee Brown did with an old building in Louisville, Kentucky, he was inspired.

Stites said 21c likes going into second-tier cities because they tend to find people with a can-do attitude, like Hall.

“There’s a much lower barrier to entry if you’re a risk-taker,” Stites said.

Even the concept of 21c is baffling to the art world, Stites said. People were perplexed that the art could be seen for free and guests could walk by it while carrying a drink.

But there have been great results at the hotelier’s eight locations. People are coming to events hosted by the hotel. There are free guided docent tours.

“We’ve been able to see that culture does drive commerce,” she said. “Our original intent for 21c was a hometown project. But we’ve been able to create a new model for places like Oklahoma City.”

The 21c Museum Hotel opened in Oklahoma City in June 2016. The Jones Assembly restaurant and concert venue opened in July 2017. StoneCloud Brewing Co., Sunnyside Diner, and Revolución taco restaurant are also near the hotel. And the West Village Residences have been constructed and are nearly completed.

Colton is a partner at The Jones Assembly with Brian Bogert from The Social Order restaurant company and with Hall. Colton said he wanted to be part of The Jones because he wants local musicians to stay here. He wants them to see The Jones and see that Oklahoma City is heading in a good direction.

“The energy and renaissance we’re seeing in this state because of art are what’s inspiring me to stay here,” he said.

But Oklahoma City hasn’t always been on this cool path, as Holt reminded the crowd. Years ago, when Oklahoma City was passed up for the United Airlines manufacturing plant, the city leaders were told that some employees had stayed a weekend here. Those executives reported back that they couldn’t imagine living here. The city took that as a wake-up call and the MAPS taxes were put into place for the next several years.

Holt said the Metropolitan Area Projects were for quality-of-life type of projects, such as updating the Civic Center Music Hall to bring in better performances. While cities can boast about having clean air and low traffic, art needs to be at a city’s core. He said the city of Tulsa has done a great job of making arts and culture a part of its identity.

“Arts and culture have to be part of the vision for a city,” he said. “That’s what makes life worth living.”

Read the original article at journalrecord.com.