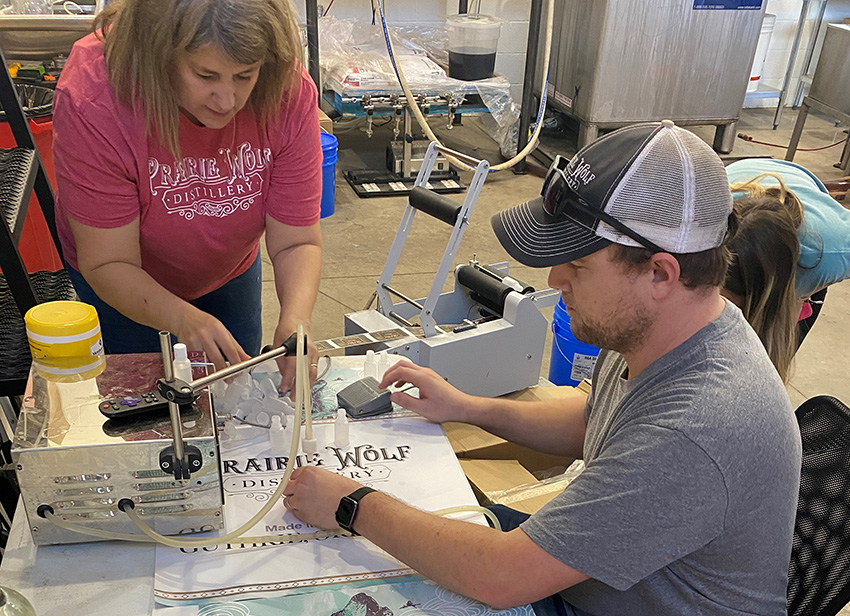 Making hand cleaner at the Prairie Wolf Spirits distillery started a few weeks ago, mainly as a way to help residents who couldn’t find it on store shelves. 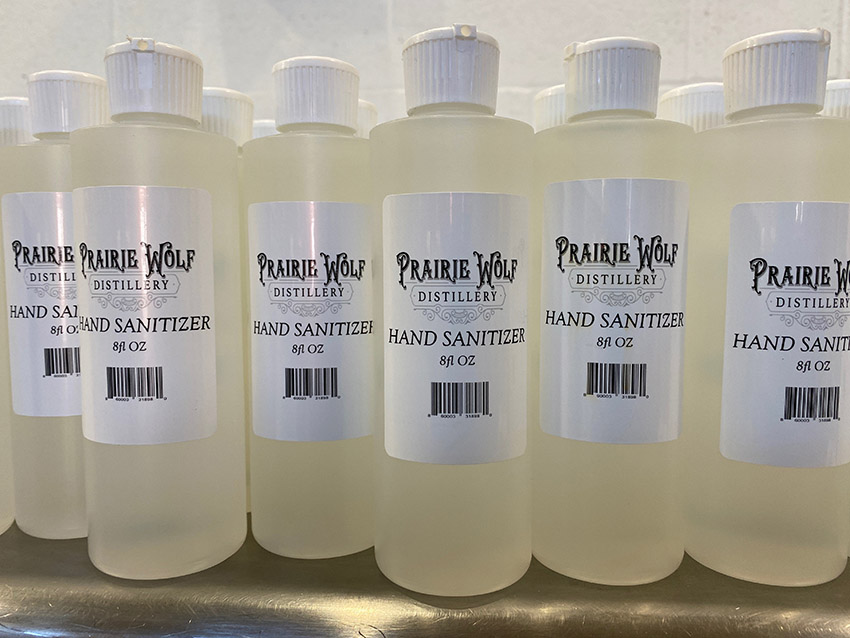 “The plan was to make 5,000 bottles just to hand out to people,” said Jonathon Stranger, co-owner of Prairie Wolf Spirits. “We didn’t know that all of this demand would be coming down the pipe.”

Then, the need greatly increased, as state and city officials called for people to stay home. Hospitals and other first responders started running short on supplies and retail shelves were cleared of sanitizer.

“Within 48 hours, we went from being a distillery into a hand-cleaner production factory,” said Stranger.

To date, the company has given more than 1,000 gallons to first responders, emergency medical staff and other groups that work with people daily, such as the Oklahoma City Police Department. The facility can produce about 15,000 bottles daily, ranging in size from four to 16 ounces.

Luckily for the Guthrie-based company, it had recently purchased the 14,000 square-foot building next door, so there is plenty of room to work and keep people employees apart from each other. Stranger was also able to get extra help from his staff at Bar Cichetti, allowing them to stay employed after the restaurant closed Saturday.

Turning into a production facility has been a learning experience for Stranger, Tekell and co-operator Jeff Cole. Before the pandemic, it was easy to get those bottles from Mexico or China. When that issue arose, the team reached out to Oklahoma City-based Container Supply, Inc., which has been acting as a broker to find bottles for PW.

Ethanol can be hard to find as well, with so many other distilleries making hand cleaner. To help fill in the gap, PW is distilling down old wine or beer to make it into ethanol, with donations coming in from closed-down restaurants.

When the product is ready to use, Oklahoma Emergency Responders Assistance Program Executive Director Doug Woods gets it first to those on the front lines. Whatever the amount Woods needs, he gets before anyone, said Stranger.

The remaining amount is sold to the public from Tuesdays to Saturdays from 1 p.m. to 3 p.m. People have to bring their own larger containers and can buy it in half gallons. The product is put into peoples’ cars in a drive-thru process, so there’s no large crowd. The hand cleaner will soon be on shelves at Crest, Homeland and Reasor’s in the Tulsa area.

Stranger said the production has taken on a personal meaning. He recently lost his grandmother in Houston who was living in nursing home. Knowing that pain, he said he thinks about the pain people have felt as they’ve lost their own loved ones to COVID-19.

“What if they could have had something like more hand sanitizer? Would that had helped?” he said.

Making hand cleaner also touches on this main work of being in the service industry, a field where the goal is to take care of people. His own restaurants operate under the motto of creating positive moments for people.

“So hopefully we’re now creating huge positive moments for people who wouldn’t otherwise have had access to hand cleaner,” he said.