Q&A with Timothy Tardibono, executive director of the CJAC 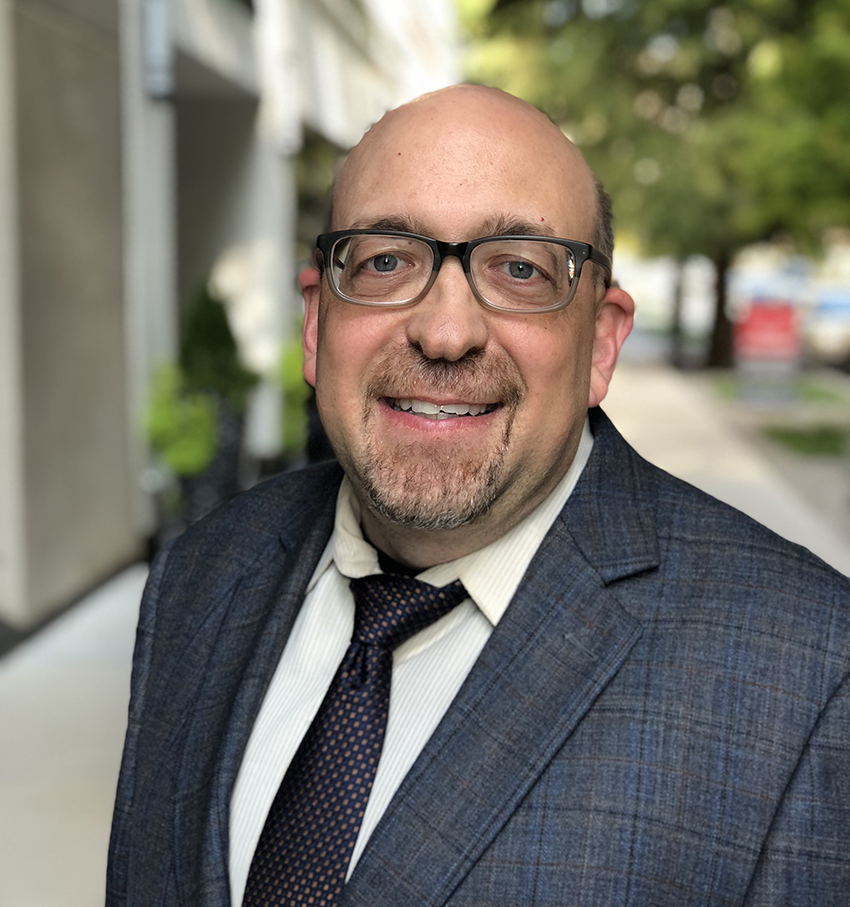 Timothy Tardibono, executive director of the Oklahoma County Criminal Justice Advisory Council, brings years of experience and a passion for criminal justice reform to his role.

The Council was established following a recommendation of the Greater Oklahoma City Chamber’s Criminal Justice Reform Task Force and was called out as the most critical step for reform. In February, the Council selected Timothy Tardibono as the group's first executive director.

Prior to assuming his role with the CJAC, Tardibono was the founder of the Family Policy Institute of Oklahoma. He also served five years as legal counsel to U.S. Senator Tom Coburn, four years as assistant general counsel at the Oklahoma State Department of Health and five years as a policy analyst for Oklahoma’s Secretary of Health and Human Services. As executive director, Tardibono's role is to keep the Council focused on making reforms and cementing them for the future. Read on for more about the Council's criminal justice reform efforts in Oklahoma County in this Q&A with Tardibono.

Tardibono: Kris Steele, of the incredible program The Education and Employment Ministry (TEEM), says that there are no spare Oklahomans and he is exactly right. We have seen our city blossom but there is still so much more potential. That goes for our neighbors, too. Our neighbors struggling with substance abuse addiction and mental health challenges need systems set up that give them a second chance to discover their potential while simultaneously holding them accountable. It doesn’t have to be a choice between rehabilitation or accountability, it can be “both and” if we set up the right systems. These neighbors could be contributing to our city’s growth instead of being locked up before they’ve been convicted in a facility that has had serious problems since it opened more than two decades ago.  It’s our community and we should foster an environment where we all can succeed.

What role does the CJAC play in ongoing reform?

In a nutshell, the CJAC exists to investigate and fix problems in the Oklahoma County criminal justice system.  The challenge is that the county does not really have an integrated “system,” and traditionally the organizations in the system have not been intentional about collaboration and cooperation. By bringing the key decision-makers in the system together, along with business, civic and faith leaders, the CJAC has all the players in the same room to fix the problems within our county, without waiting on the state or federal government to make changes.

Since the council was created, what progress has been most significant so far?

The Council is still in its infancy having officially come into existence in January 2018. Already, collaboration is starting and cooperation is happening as the CJAC players investigate the problems more closely. The conversations that happen during that investigative process have led to numerous discoveries which have been or are being addressed. This early stage of collaboration for the Council is creating an environment for the CJAC to be prepared to solve larger, more entrenched problems. For example, one solution that was discovered and implemented gives judges information more quickly on whether someone qualifies for drug court. This quickly-provided information will allow judges to reduce case processing delays and move people into drug court sooner.

Are there any significant challenges on the horizon?

Anytime the goal is system change, especially in both legal and government arenas, there will be significant challenges. One obvious challenge is data collection and tracking for the purpose of analysis toward reform. Some of the data systems are extremely outdated and they have not been set up to talk to each other. The good thing is that the IT gurus are exploring how to get the various agency data systems to talk to each other as their systems are being upgraded. The system upgrades are still several months off but should yield more synchronization and communication that will help the Council get better data as they investigate problems.

Apart from the reform work locally, what reform efforts are most needed on a statewide level?

Statewide, the public is really clear about their desire for changing a costly, ineffective criminal justice system. That movement is also nationwide. But the state needs the same things we need in our county: more sustainable, effective programs to divert people out of potentially criminal situations and into knowing how to live a productive, safe lifestyle. The public needs to remember that many of our incarcerated neighbors weren’t blessed with the opportunities many of us have enjoyed, like being safe and having choices to make between good and better options. Sometimes the population of justice-involved individuals only have bad and worse choices given to them. It's really rudimentary, but sometimes people have to be taught how to make good decisions and then need the accountability and support to correct bad choices. Rehabilitation is sometimes seen as only a dream in criminal justice circles, but there are so many stories of Oklahomans successfully making it and amazing organizations in our county helping them attain it.