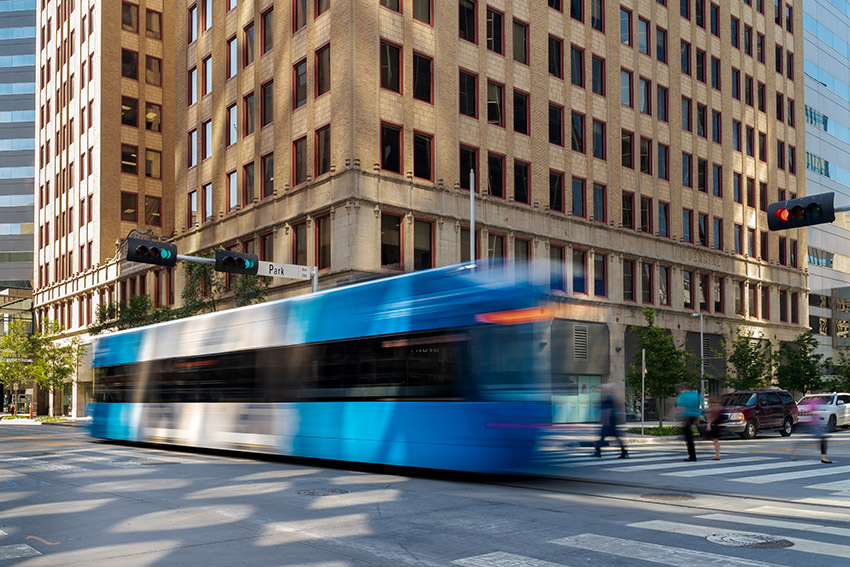 After more than a decade of transformative growth, the Regional Transportation Authority of Central Oklahoma is holding its first Virtual Town Hall Meeting on Jan. 28 to kick off the development of a Transit System Plan for its six member cities. The development of a Plan is a significant milestone toward coordinated transit in the region to complement successful projects, such as the Oklahoma City Streetcar.

The Virtual Town Hall can be joined live, and it will also be available on the project website after it takes place. The Virtual Town Hall will discuss the Transit System Planning process, upcoming visioning and goal setting, potential transit corridors, the other forms of transit potentially available to include in the Plan, and the future phases of transit development in Central Oklahoma. Time after the presentation will be reserved to ask questions of Kimley-Horn, the RTA planning consultant.

Said Governor Henry of the effort: “We are excited to launch this effort to proactively plan an affordable system that aligns with member city goals and community input. We want everyone’s stamp on this to make sure it meets our needs.”

The planning effort is expected to occur throughout the first six months of 2021, and the public can expect additional town halls and information posted to the project website as the Transit System Plan develops. Subscribe to email updates at https://rtaok.org/connect/.

Approximately two years ago, the cities of Oklahoma City, Edmond, Moore, Norman, Midwest City, and Del City formed the Regional Transportation Authority (RTA) of Central Oklahoma. The effort was the culmination of more than a decade of tireless work and the accomplishment of several strategic milestones led by the Association of Central Oklahoma Governments (ACOG). As the RTA’s focus shifted to transit system operational planning, EMBARK is providing Interim Administrative Services, and EMBARK’s Administrator, Jason Ferbrache, is serving as its Interim Executive Director.

The Virtual Town Hall will be on January 28, 2021, at 6:30 p.m. on Zoom, and the recording will be available on the project website at https://rtaok.org/projects/ the following day. RTA Board Members may attend this Virtual Town Hall as members of the public but will not be conducting business of the RTA.