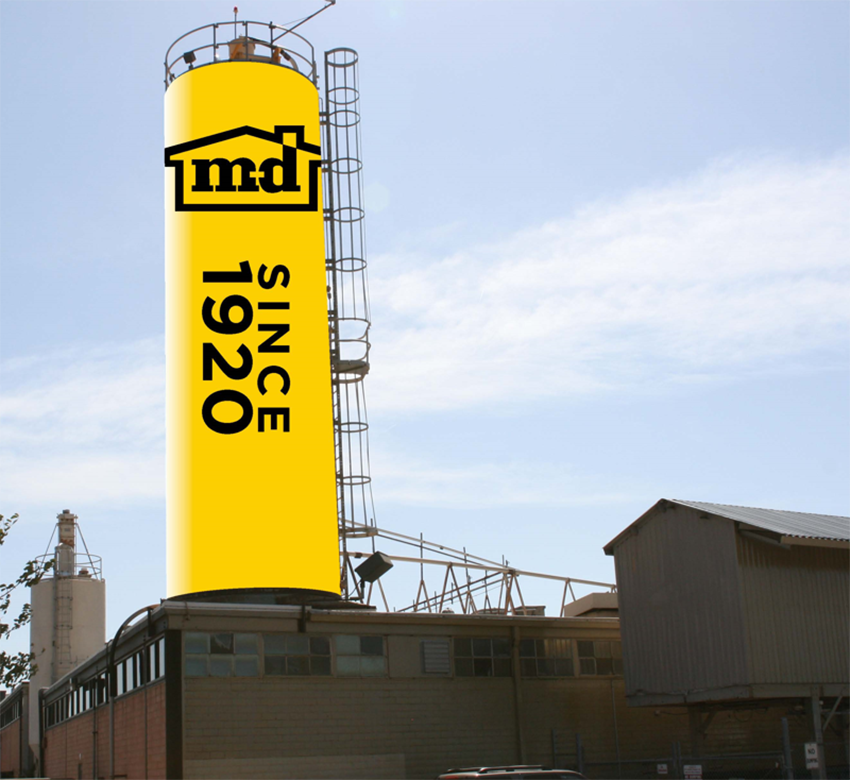 In 1920, M-D Building Products was founded as Maclanburg-Duncan in Oklahoma City by a man who did not want dust blowing into his house. His first product was a brass-folding weatherstrip machine that debuted at the Oklahoma State Fair in July 1920. The company’s ability to innovate and create solutions is a key trait that it has carried through its nearly 100-year history.

“Our company is a good example of how SIP funds make a difference when deciding where to invest. We have other options where we could put this equipment, but because of the support that we get from the community, we are more willing to invest back in Oklahoma City.” -Lynn Ely, chief financial officer at M-D Building Products

The company supplies more than 60 percent of the weatherization products in the United States – its legacy business – but it has also diversified and expanded what it is able to offer customers. In 2012, M-D Building Products purchased Loxcreen Company, a leader in the production of OEM aluminum and plastic extrusions. With this purchase, M-D Building Products was able to significantly expand its reach while ushering in a new era of growth.

The company went from 442 Oklahoma City employees in 2014 to 528 today, and the company also has plants located in Ohio, South Carolina, Georgia, Missouri, Oregon and Toronto. In early 2017, the company was awarded funds from the city’s Strategic Investment Program, which will help them invest $11.8 million in infrastructure improvements and add 105 jobs to their Oklahoma City plant.

The $11.8 million in capital investments includes adding 100,000 square feet to their production and distribution space, a new vinyl clad production line, a $5 million aluminum extrusion press and an expansion to their anodizing process.

“Our company is a good example of how SIP funds make a difference when deciding where to invest,” Ely said. “We have other options where we could put this equipment, but because of the support that we get from the community, we are more willing to invest back in Oklahoma City.”

M-D Building Product’s history also plays an important role in its dedication to the Oklahoma City community. The company is privately-held, primarily family-owned, and all of its shareholders are employees.

“Because of that, our shareholders and employees really view this as being a family, and they want to invest back in the company and community,” Ely said. “They want to see growth. With a family-owned business, they are in it for the long haul, so they are willing to make those investments.”

Read the original article in the July 2017 issue of CityScape.