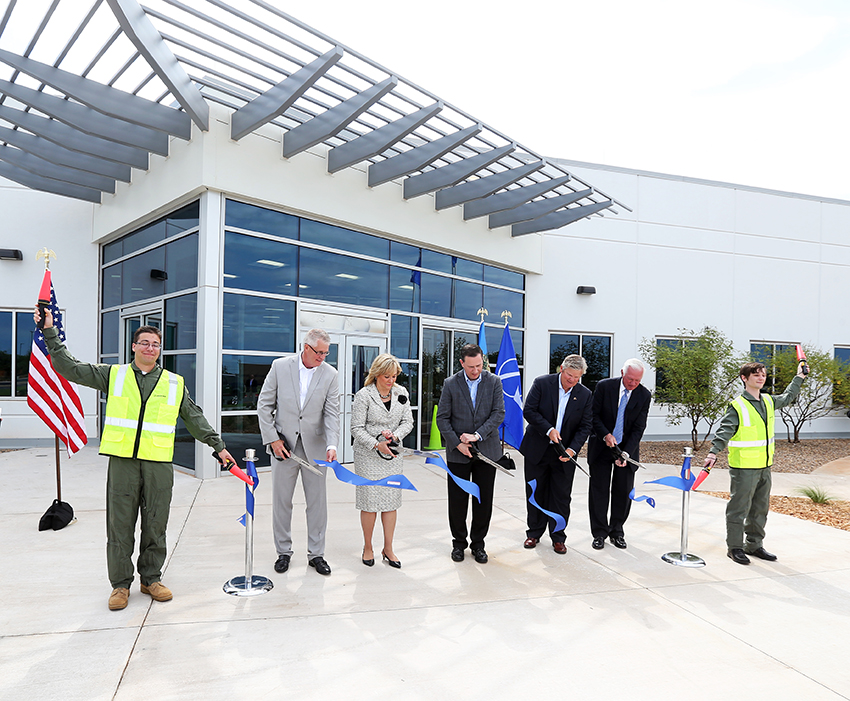 Fifteen years ago, the Boeing Company employed a little more than 300 people in the Oklahoma City area. Today, Boeing’s presence in Oklahoma City has grown to more than 2,500 total employees with an annual payroll of more than $200 million. A key contributor to the company’s job growth? The Oklahoma City Strategic Investment Program.

“Oklahoma City is a great place for companies like Boeing to do business, and it is a great place for highly skilled employees to live and work,” said Steve Hendrickson, director of government operations for The Boeing Company. “When combined with statewide incentives, the SIP program is a significant contributing factor in adding new jobs here in Oklahoma City.”

Since 2010, Boeing has participated in the city’s SIP program three times: first in 2010 when it announced an employment increase of 550 jobs, again in 2012 when 900 positions were added to their Oklahoma City facility, and most recently in 2014 when the company announced the addition of 900 jobs to support their growing Oklahoma City workload.

Beyond Boeing’s job growth, the company has contributed more than $1.1 million in charitable investments in the state, and in 2016, it supported Oklahoma suppliers with $878 million in business. Boeing also continues to increase its capital investment in the area. In 2016, the company opened a world-class lab facility that allows it to modify airplanes that have flown beyond their original intended lifespan.

Because of Oklahoma City’s central location and proximity to Tinker Air Force Base, Boeing is able to work closely with the Air Force on defense projects while meeting the needs of its other global customers. Hendrickson also found that Oklahoma City’s quality of life investments make this location more appealing to employees, which helps them fill positions.

“There is a critical mass of employees with the skills our customers need in Oklahoma City,” Hendrickson said. “SIP funds help make that possible. It is very expensive to create new positions, and the SIP funds offset some of those costs."

Read the original article in the July 2017 issue of CityScape.