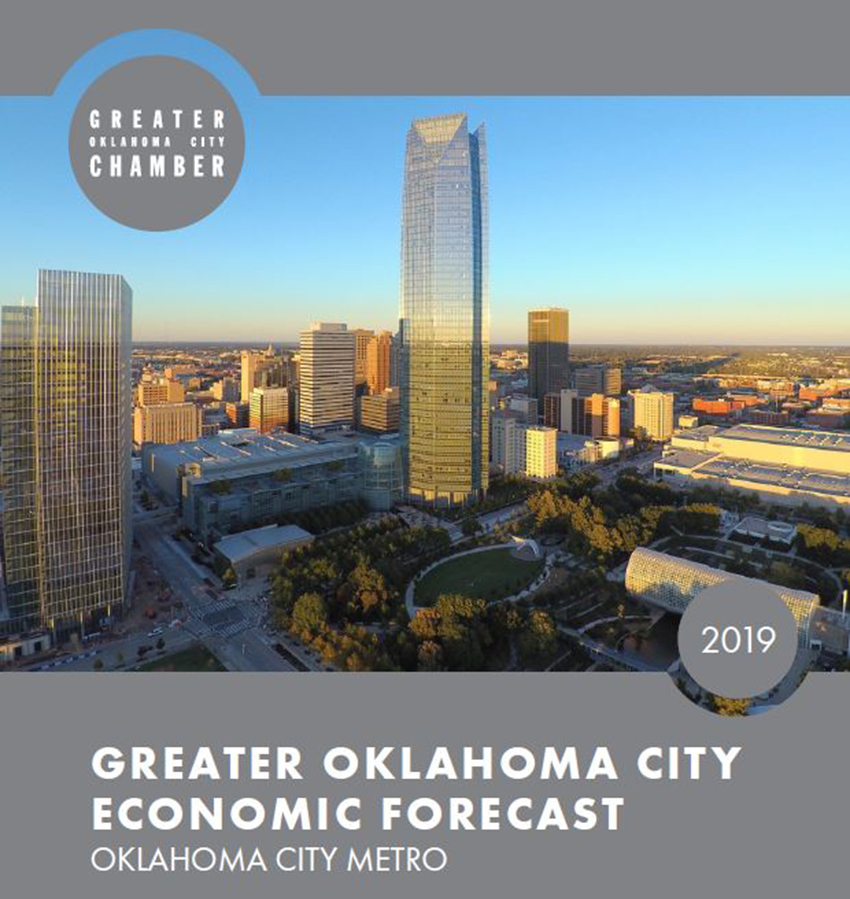 According to the Greater Oklahoma City Chamber’s 2019 Economic Forecast, an annual report looking at the year ahead for the Oklahoma City economy, the metro’s economy is expected to continue to grow in 2019. In fact, job growth this year is expected to increase by 2.1 percent or 13,600 jobs.

According to the report, urbanization continues to benefit the two largest metros in the state. This is specifically seen in looking at how much of the state’s economy and growth can be attributed to the Oklahoma City and Tulsa metros. Combined, Oklahoma City and Tulsa MSAs now account for 70 percent of the state’s GDP, 66 percent of personal income, and 60 percent of total population (or $7 out of every $10 of goods & services, two out of every three dollars of personal income and three out of every five people).

You can read the forecast at www.OKCChamber.com/forecast.