A day out in Deep Deuce: A tale of two daisies 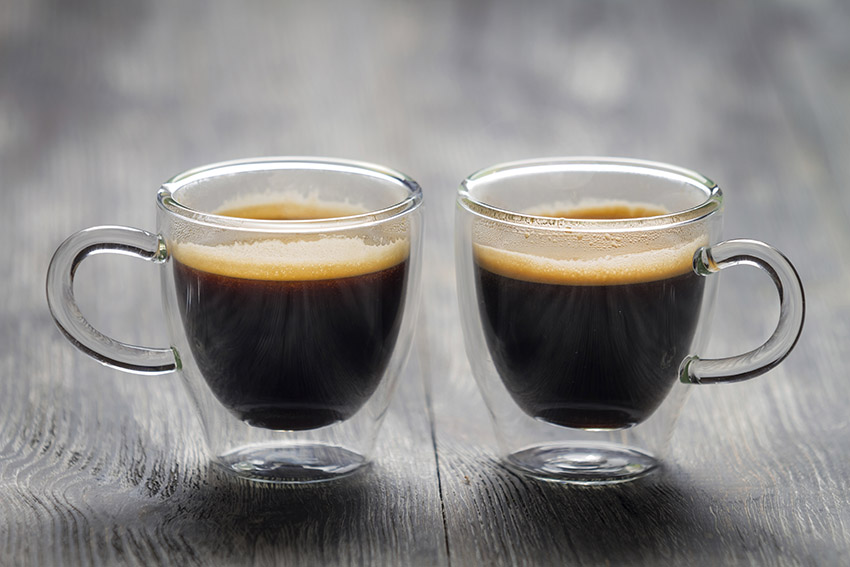 Dan awoke in his Deep Deuce apartment to a confusing mélange of music, lights, the not-so-mellifluous scent of stale beer and, worst of all, a dead phone.

Last night had started innocently enough, with a brewery crawl using the OKC Streetcar alongside a few buddies. Somewhere along the line, however, the decision was made to end the night at Fassler Hall, and that’s where things got a little fuzzy.

Still fully clothed, Dan instinctively reached into his pockets to do “the check”: wallet, keys, phone, phew. But he also felt something else. Pulling out a folded piece of paper, his mind began to swim – what was this and what all had happened last night?

“Looking forward to meeting you for coffee tomorrow.”

Clearly a girl’s handwriting, the back of the credit card receipt from Fassler was also embellished with a hand-drawn daisy.

Dan’s insides twisted ever so slightly as he struggled to remember how exactly this item found its way into his pockets. Was this real? Was it meant for him?

He tried to turn his mind over and knock the dull haze from his head. Finally he remembered: he had a good night; he had indeed met a girl. A really cool and pretty one! Daisy. They had really hit it off. She had grabbed his phone and put in her number (which was good because Dan was one shy SOB, so he probably wouldn’t have gotten it otherwise). That’s right. And he was indeed supposed to meet her for coffee today. But where? When? He remembered she lived in Deep Deuce also; surely they had made plans to meet somewhere in the neighborhood. Frantically, he began to search for his phone charger. “I could at least text her if this thing would power on!”

For the 100th time, he reminded himself to learn the “one less beer than however many I had last night would be better” lesson.

Not finding his charger but not at all wanting to miss his appointment, he did a quick “A Day in the Life”-style attempt to make himself presentable and was duly downstairs in seconds flat. He’d just have to go looking for her, find a way to charge his phone, and hope for the best.

In contrast to the current state of his apartment and his mind, it was a day of which even Ice Cube would be proud outside in Deep Deuce that day – sunny, about 80, slight north breeze, a couple scooters neatly parked where they should be (not blocking the sidewalk, and most importantly, not being dangerously and rather annoyingly ridden on the sidewalk), and best of all, myriads of the new dockless Spokies bikes available for use. Those might come in handy, he thought.

He briskly walked down the street and headed toward Leaf + Bean. Thinking of last night, he tried to jog his memory for details. He remembered dancing with Daisy, smelling her perfume, doing a couple shots, exchanging more than one laugh--and with those ancillary pieces, her face came into better view. Not totally compos mentis, but close.

Thinking he could reasonably expect to recognize her at this point and walking into Leaf + Bean, a popular place serving great coffee and tea with a smile, he looked around – no Daisy. But maybe she’d been here already?

“What can I get for you today?” the friendly barista asked.

“Oh, uh… how about your strongest cappuccino?”

As the barista began prepping the machine and milk, Dan asked, “Hey, did you happen to see a really pretty girl in here earlier today by chance? Dark hair? Voice like… a pretty girl’s voice?”

“Well, a few that fit that description, but I’m not sure.”

Dan did his best to keep his “disappointed” wince to a minimum. “That’s cool, thanks anyway. Hey, do you have an iPhone charger I can use back there by chance?”

“No, I have an Android, sorry. But I think they sell those over at Native Roots.”

After gulping down the cappuccino with a fantastically elaborate design formed in the foam of the milk on top in a manner which it clearly didn’t deserve given the artistry and care involved in producing the beverage, Dan hurriedly walked down the street to Native Roots Market. Looking around, he noticed they had gotten some new items to go along with some of his old favorites. He grabbed a banana from the produce area and a phone charger from the bin near the register, making a mental note to come back in the next couple days to get some groceries, cleaning supplies, local beer, a bottle of wine or two and some other things he needed for the house.

“How’s your day so far?” asked the cashier.

“Pretty good, except I was supposed to meet this girl for coffee and I can’t remember where or when… I gotta charge my phone!”

“Hey, have you been over at La Baguette yet? A couple girls were in here earlier and they said they were heading over there—they were going on and on about the coffee and food.”

Practically bounding down the street, Dan thought possibly his luck was about to turn.

Upon entering La Baguette, however, the rocks in his heart fell. There were plenty of people there, but no one even faintly reminiscent of the familiar.

Scanning the counter, he noticed an almost-unbelievable bounty of pastries, cakes, desserts and prepared foods. Thinking he should probably get something substantial down his neck and thus approach a reasonably coherent state, he decided on a croque madame. “Can I get you anything else, sir?”

“They are always so friendly in La Baguette,” he thought. “I saw you had something called a ‘Cinnamon Bun Latte’ on Instagram the other day--It had a cinnamon roll on top, and looked like an iced coffee drink of some sort?” he asked.

“Yes, sir! Those are great! Excellent choice. Coming right up.”

“Hey, you didn’t happen to see anybody in here that looked like she was waiting for… well, someone like me, did you? Pretty girl, dark hair, average height?”

“Well, I’m not sure—“ he looked around, ostensibly for some help from a fellow staff member in order to deal with this admittedly rather strange query. Dan, feeling a little weird about asking but also steadfast in his desire to not stand this girl up on a first date, glanced down to the counter and out of the corner of his eye, on a previous customer’s receipt, saw a hand-drawn daisy that looked like the one on the note he found.

“Hey, I think this was her!” he exclaimed, pointing to the receipt. “Do you remember this girl?”

“Oh, yeah, actually she was a pretty one, yeah. She made a joke about the chocolate mice that was funny. But she left, sorry. Actually, you know what? I think she mentioned she was going to meet a friend for lunch or something around here later. I mean, I heard her on her phone say that… I have really good hearing, I wasn’t just trying to eavesdrop or anything,” he needlessly verbally backpedaled.

Grabbing his goodies, he sat down on the patio to finish his sandwich, deciding to head down to The Wedge with some amount of dispatch. “They have a good brunch there; maybe that’s what she’s up to.”

Walking into The Wedge, he saw quite the crowd on their patio, which was not surprising, given the weather. The place was humming with the sights, sounds and smells of breakfast pizzas, conviviality and bruschetta, clearly lubricated by semi-ubiquitous pitchers of mimosas. Quickly scanning the brunch crowd, again he failed to find the face of anyone familiar.

“Looking for someone?” asked the hostess.

“Well, I was supposed to meet someone, but… I can’t find them. I’ve actually been a few places in the neighborhood looking for her already.”

“There are a lot of possibilities around Deep Deuce – STAG, Deep Deuce Grill, Whiskey Biscuit, Grey Sweater, Anchor Down, heck, maybe she’s over at Artspace at Untitled perusing the gallery or Flux Salon or something – you should probably try calling her.”

“Good call. Thanks.” Somewhat futilely attempting to keep his resentment over the remark to himself, he decided to go back up to Anchor Down, have a beer and try to charge his phone. “They’ve got outlets I can use,” he thought.

Passing by the XYZ Lounge at the Aloft Hotel, he thought he’d check in and see if he saw her. Sitting down at the bar, he ordered a local COOP F5 from the taps, then took a quick walk around. He decided to go up to the rooftop deck—“maybe she appreciates good city views like I do”—and have a quick look. While the views were indeed outstanding, nothing came of his search here, save a certain level of astoundment of all the people using the neighborhood dog park and utilizing the services of the dog wash at BONE Dog Boutique.

Leaving there, he stopped in front of men’s clothing boutique 1032 Space and did some window shopping, making a mental note to come back when he wasn’t so pressed for time. “Guy needs a decent wardrobe to impress the right kind of girl, right?” he rationalized. Crossing the street toward Anchor Down, he noticed the planter next to Wheeze the Juice, full of flora. “Is that a daisy in there?” Quickening his step along with his heartbeat, he flew over and took a closer look, only to remember he didn’t really know anything about flowers. Peering inside the store, he saw there was no possibility of her there and went ahead into Anchor Down.

After plugging his phone, he ordered an Anthem Golden One to help steel his nerves and waited for the red-battery-lightning symbol to go away and his phone to boot up. He found himself strangely nervous. What would he find? Text messages? Angry voice mails? Worse yet, nothing at all--what if her number wasn’t in there after all? What would he do?

“You OK there, buddy?” asked the bartender.

“Yeah, I’m just… well, I met this girl last night, but I don’t remember much else and I’m trying to piece together what exactly happened. I think I made plans to meet her today, but my phone’s dead and I’ve been all over the neighborhood trying to find her and all over my mind trying to figure out what happened last night, piecing together clues and what-not.”

“Hmmm, well, if you start asking me about the continuum transfunctioner I’m just going to say you’ve been watching too many Ashton Kutcher movies, which is probably its own bag of problems, to be frank.”

“No, nothing like that. I mean, when it comes to the continuum transfunctioner, everyone knows its mystery is only exceeded by its power, and clearly I can’t be trusted with anything like that.”

The phone came on. He waited. A few emails came in, but nothing else. Again his mind started to turn over. He looked at his contacts – her number was indeed there. What should he do? At this point, with no messages or texts, and the fact that a text could go sideways since he didn’t really know what was going on vis-à-vis their plans, there was really only one thing to do. He decided to face the collective greatest fear of guys his age and actually place a telephone call to a girl.

Pushing “Call,” he waited. One ring. Two rings. Nothing. Three rings. His nervousness mounted and he felt his grip on the phone getting tighter.

He glanced outside and just saw the back of a dark-haired girl as she disappeared into Belle Kitchen and taking her phone out of her purse.

“Hey!” the voice on the other end said. “Are we still meeting at Belle Kitchen for coffee and cinnamon rolls?”