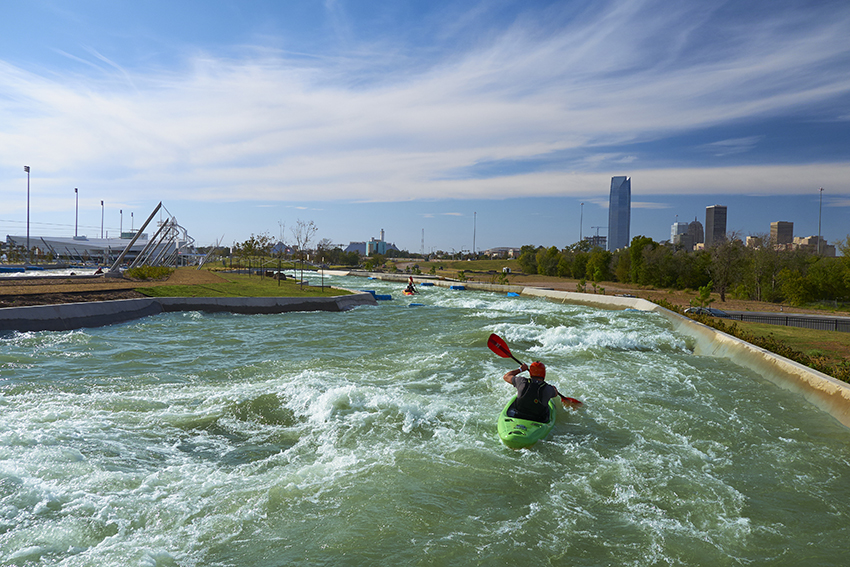 In many ways, the story of the Oklahoma River and the modern-day renaissance of Oklahoma City go hand-in-hand. The river and Oklahoma City had many ups and downs during their first century before the original MAPS program jumpstarted an unprecedented rebirth for both.

To help tell that story, the Greater Oklahoma City Chamber launched a storytelling feature on www.greateroklahomacity.com/river depicting the rise of Oklahoma City’s river.

“A River’s Rise” walks the reader through the history of the Oklahoma River from the Land Run of 1889 to today. Each of the six chapters cover an important aspect of the river’s renovation, from its roots as an important water source for early settlers and a venue for entertainment offerings like Delmar Gardens at the turn of the 20th century, to the more recent addition of the RIVERSPORT Rapids Whitewater Center and hosting the 2016 Olympic trials for whitewater kayaking.

Each chapter of the story offers the chance to engage with more contextual content, with links to news archives about Oklahoma City’s hosting of the Olympic Festival of 1989 and videos capturing the original vision for the boathouses that now dot the banks of the Oklahoma River, all to tell Oklahoma City’s story more fully.

So check out “A River’s Rise” and be sure to share it with you friends and family.