Celebrate the Boathouse District at the Stars and Stripes River Festival 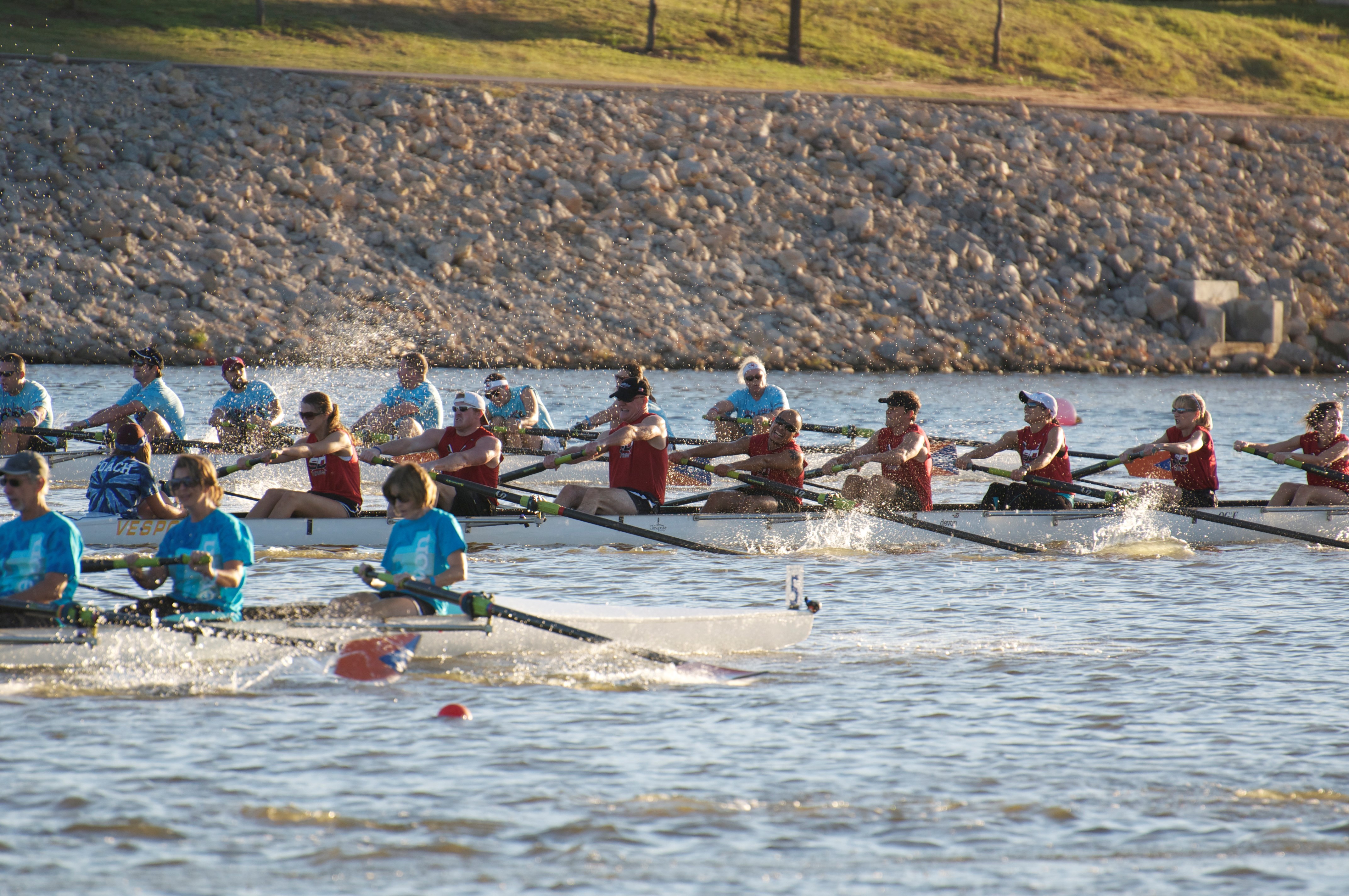 A team competes in the 2018 corporate rowing competition at the Stars and Stripes River Festival. Photo by Georgia Read/Read Studio, Inc.

Fireworks, food trucks, and family fun are planned for the eighth annual Stars and Stripes River Festival, set for June 29.

“This is a key event that celebrates all we’ve done at the river in terms of making it a community-oriented destination,” said Michael Knopp, executive director of the Oklahoma City Boathouse Foundation.

“We will have something for everyone,” he said. “It grows in attendance each year. There are so many family activities for people to try. We had a great crowd last year and we expect the same this year. There will be wall-to-wall activities all day long.”

The festival starts bright and early, with the Riversport Challenge participants taking off at 7 a.m. The race begins on the water, with a 500-meter kayak race on the Riversport Rapids’ lower pond. Then, participants hop out of the kayak and compete in a five kilometer running race.

The Stars and Stripes Regatta begins at 8 a.m. The event features master rowers competing in the Oklahoma River. Festival activities will start at 10 a.m.

At 11:15 a.m., people can watch competitors in the Riversport Whitewater Rafting League Championship, which includes rafting and kayaking at the center.

When people aren’t on the water, they can enjoy live music and feast on food-truck cuisine. The Hudiburg Summer Music Series brings live music to the Rotary Point stage with the band Avenue starting at 2 p.m. Visitors can also find a new furry friend to adopt from Oklahoma City Animal Welfare.

The Boathouse District will also be celebrating the Olympics during the festival with a special opportunity to meet rowers from OKC’s National High Performance Center, starting at 2p on the Whitewater Center’s patio.

Knopp said people who have been to the Boathouse District should definitely come back to see all the new Riversport attractions, such as the ninja warrior course, a slippery and fast slide, and the zipline.

This year’s festival is tying into another water-based celebration, the Bricktown Canal’s 20th Anniversary. Knopp said the festival was intentionally planned the same weekend so people can see the connectivity between the two districts. Both celebrations will end at the same time so people can watch the fireworks show.

But Knopp said there will still be fireworks at the Boathouse District for OKC 4th Fest, hosted by Prodigal LLC. The July 4 display will be different than June 29, so Knopp encouraged people to come back on the holiday.