Get up to Uptown 23rd 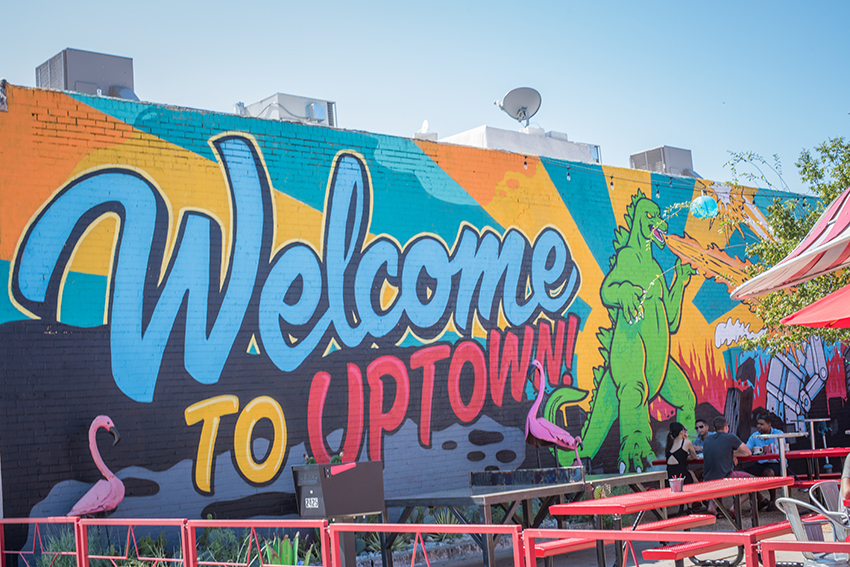 The district is located along historic Route 66 and includes some of the original landmark attractions, such as the Tower Theatre, the Gold Dome the Milk Bottle building and Oklahoma City University’s Gothic towers.

The area was thriving when people were gettin’ their kicks on the Mother Road. But in the last 10 years, it’s seen its own renaissance as local restaurant groups started investing in the area.

Within the district’s boundaries, which span from Broadway to Pennsylvania Avenue, along NW 23rd Street, you’ll find a variety of eateries. Some of the most sought-after restaurants include Pizzeria Gusto, Cheever’s Cafe and Hunny Bunny Biscuit Co.

Uptown especially comes alive at night, with bars such as the Bunker Club and Ponyboy offering cocktails and other spirits. When it’s safe to host large events and live music again, be sure to catch a show or other event at the Tower Theatre. Other entertainment options include a visit to Escape OKC and watching an Energy FC game at historic Taft Stadium.

To find out more about the district, visit Uptown23rd.com. Be sure to follow the district on social media to keep up with what places are open and ready for business. Oh and don’t forget your mask when you visit.